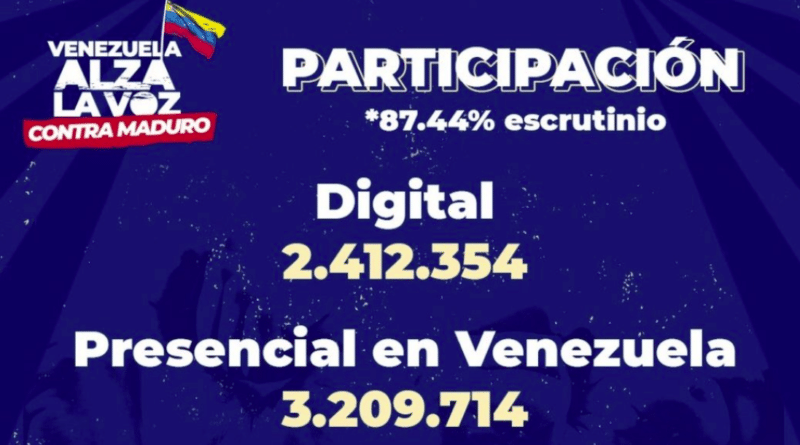 “I mean, so much fuss to get fewer votes than the PSUV? A pity that, together with those of us who did vote on December 6, we would have won the National Assembly (AN) . By the way, I was not wrong in my numbers: the G4 militant abstention quantified here did not reach 20 percent,” wrote the Venezuelan politician, who is also an author, on his Twitter account.

“Incredible and pathetic to see so many including some intelligent and cultured people celebrating this ‘consultation’ in their Never Land, without any practical consequence, while thanks to their abstention the government has got its hands on the National Assembly (AN). Grow up, please!” Ochoa shared on the social network.

It should be remembered that in the recent parliamentary elections, according to data published by the National Electoral Council (CNE) on its web portal, the United Socialist Party of Venezuela (PSUV) obtained 253 positions for a total of 91.34%, followed by Democratic Action (AD) that won 11 seats, Avanzada Progresista and El Cambio with 3 seats each, Primero Venezuela received 2 seats and Copei won 1 seat in the new chamber. The PSUV alone, without the votes of the Communist Party of Venezuela (PCV), reached a total of 4,437,819 votes according to the last report of the CNE from Friday December 12.