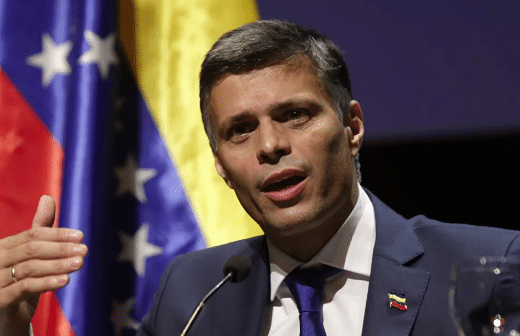 The flight of Leopoldo López from the Spanish embassy in Venezuela and his reception in Madrid further strains relations between the two countries. Politicians and analysts warn that Spain is becoming a center of conspiracy against Venezuela, as Miami was at the time for so-called anti-Castroites.

“Madrid has become the center of the conspiracy against Venezuelan peace and democracy,” denounced President Nicolás Maduro on October 29, days after the opposition leader himself, Leopoldo López, confessed from Spain that his main purpose was to unify international efforts to remove the Bolivarian Revolution from power, a goal it has pursued for almost two decades.

“The issue is that he is not hiding it. López is not pretending to take refuge from persecution. This man is a criminal who has committed crimes that have led to forty-three deaths (in 2014 alone). He was in jail, he was allowed house arrest, he escaped from house arrest to try to carry out another coup in April 2019. Despite that, the ambassador of Spain gave him refuge, and now he is given shelter based on a series of privileges. But if he is going to be given that treatment, in return Leopoldo López should be required not to use Spain to mount more coups against Venezuela, which is what he has announced that he is going to do,” denounced Manu Pineda of the European Parliament for Spain.

Leopoldo López, leader of the far-right party Voluntad Popular, is the subject of several accusations. He was one of the protagonists of the coup against Hugo Chávez in 2002 and leader of the 2014 La Salida plan, an attempt to overthrow President Nicolás Maduro which caused the death of forty-three people. Then, on April 30, 2019, he led a new military coup attempt against Maduro and, after the failure of the operation, he immediately took refuge in the residence of the Spanish ambassador from where, according to the Government of Venezuela, he planned Operation Gideon, which sought to assassinate President Maduro.

The escape
López’s flight from the residence of the Spanish ambassador and his subsequent reception in Spain on October 25 has caused new diplomatic tension between Spain and Venezuela.

The Bolivarian Government denounced that Spain flagrantly violated the Vienna Convention because it is “clearly verifiable that the head of the Spanish diplomatic mission in Venezuela served as the main organizer and confessed accomplice of the announced escape.” The Spanish chancellor assured that López was a “guest of the embassy” and “not a hostage” and that he was “free to leave whenever he wanted.”

“That Leopoldo López’s decision to leave the embassy was a personal decision that they had nothing to do with, is something that seems quite implausible because it’s not that he was visiting a friend’s house and suddenly said he was leaving. We’re not talking about that. We’re talking about a case that involves legal considerations of international law,” clarifies the political scientist Arantxa Tirado.

“Silva, who was appointed ambassador of Spain in Venezuela by Rajoy, is a person who has stood out for having the most belligerent positions with respect to the Government, trying to tighten the rope, sometimes endangering the maintenance of diplomatic relations between Spain and Venezuela. He was one of those who received Guaidó with joy when he returned from Colombia, from his tour. When it was announced that he was going to be replaced by another head of the diplomatic mission, in my opinion, he did his final job for the most reactionary opposition and the extreme right, which has been preparing the escape of López,” says Pineda.

The visit
But the story did not stop with the escape. Upon his arrival in Spain, President Pedro Sánchez received him, not as head of government, but as secretary of Spain’s PSOE party.

“Was it really necessary? In addition, as soon as he arrived and without keeping a quarantine of any kind. This man is given all the means to give a press conference as a great leader when, let’s not forget, that he escaped from house arrest, had taken refuge in an embassy, ​​has crimes behind him. It seems to me that he leaves the Government of Spain very badly off to give lessons on respect for international law and diplomacy of any kind,” considers Tirado.

However, Tirado points out that the reading about the reception of Pedro Sánchez to López must be done from different angles. First “in light of internal politics, as a nod to appease the right.” Second, understanding that “Spain is playing a secondary role because, really, the one in charge, the one who pulls the strings is the United States,” and, thirdly, because of the internal pulse of the PSOE.

“There is a sector that could be brought together around the positions of José Luis Rodríguez Zapatero, which is a sector that knows what the nature of the Venezuelan opposition is, that knows that its ideological opponent who is allied with the opposition in Spain in a carnal and even familiar way, we could say, and this sector has a discourse not very different from the narrative that, deep down they know what is really happening in Venezuela, but they have no room for maneuver. Then there is another sector, that of Felipe González, who are openly Atlanticist, framed in the hard line of the US and of the world Spanish right, even if it is in the PSOE, that don’t recognize the Venezuelan government. I believe that Sánchez is there, and I also want to think that due to the pressure from his partners in the Unidas Podemos Government, is trying to strike a balance between those two sectors,” reflects Tirado.

Iberian Miami?
President Maduro criticized the meeting between Sánchez and López, and denounced the plans that would be brewing against his government.

“We do not have an opposition, we have a permanent conspiracy, endorsed and financed by the United States Government and with the complicity of several European governments. Thus they disguise themselves as sheep, but they are terrorists,” Maduro warned.

And it is not the first time that Maduro has made these kinds of accusations. He has already warned on several occasions that conspiracies against Venezuelan democracy come from three poles: the US, Colombia and Spain.

“Spain, specifically Madrid, is becoming a kind of Miami for the Cubans, in this case for the Venezuelans. It is becoming an internal lobby that is influencing Spanish politics and has open, public ties with the three right-wing parties,” warns Pineda.

“The first thing to understand is that the Government of Spain, particularly José María Aznar and Mariano Rajoy, have actively participated with and have accompanied the regime change policy of the United States. It is enough to remember that Spain participated directly in the coup against President Hugo Chávez. It should be remembered that the Primero Justicia and Voluntad Popular parties are direct offspring of the Spanish Popular Party with the plan of creating a kind of right-wing international in Latin America, Popular Party franchises in Venezuela, and then a close relationship of financing and political work between the FAES de Aznar foundation, Justice First and Popular Will. There has been documentation since 2005 of this direct financing, sending leaders to be trained in Spain and Europe, and media support from Spain,” points out the Venezuelan journalist William Castillo.

Leopoldo López is not the only Venezuelan opposition politician who is in Spain. He is accompanied by the former mayor Antonio Ledezma, the youth leader Loren Saleh—who confessed his plan to place explosives in different public places in the country to generate chaos—the journalist Nitu Pérez Osuna, one of the most visible faces of the 2002 coup, in addition to other politicians, businessmen and former officials who were accused of committing acts of corruption during the Chávez government.

“Spain welcomes corrupt fugitives from the opposition, including some corrupt ex-chavistas who have passed through Spain such as the former Minister of Energy and Petroleum Nervis Villalobos, accused of corruption; or the ‘Pollo’ Carvajal, who was in Spain and now may have fled. Chávez’s ex-nurse is now in Spain, who had prominent participation in Venezuela as a conspicuously corrupt person, and took her wealth to Spain. So in Spain media, politicians, financed with ill-gotten capital gained via corruption, both of ex-chavistas and opposition politicians, such as former mayor Antonio Ledezma, are taking over the rich neighborhoods of Madrid,” says Castillo.

“Now the family of Juan Guaidó lives in maximum luxury in Spain. His father, who was a taxi driver in Venezuela, today is a wealthy investor in Spain. And between the Canary Islands, Madrid and other cities this kind of Iberian “Miami-ism” has been taking shape and continues to promote themselves as the ones who will make the transition in Venezuela, assuring Spanish companies a direct participation in the distribution of Venezuela’s wealth when the Bolivarian Revolution falls, which in the end is what it all comes down to,” says Castillo.

Time—and the Spanish authorities—will tell whether or not Spain will become what Miami was at the time for the so-called anti-Castroites: a territory from where serious destabilizing and terrorist actions were organized and carried out against the Cuban people, including the Air Cubana bombing and the Bay of Pigs invasion.