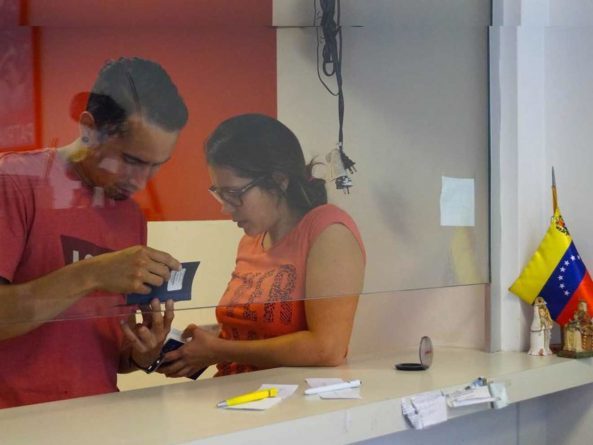 The embassy of Venezuela in Argentine successfully held a special day, in which 967 passports and 626 extensions were handed out to fellow Venezuelans in the country of the Southern Cone. The aforementioned operation was carried out from Tuesday, December 11 until Sunday, December 16, with morning and afternoon sessions.

The delivery of these identity documents is part of the effort made by the Bolivarian Government to guarantee the right to identity that Venezuelan citizens have.

The arrival of these identity documents at the southern tip of Latin American is a result of a profound restructuring of the methodologies in the institutions responsible for the registration and issuance of these important ID’s.

For its part, the embassy based in Buenos Aires organized an extensive operation, from early morning hours to the night to deliver documents to its citizens. And thus give opportunity those who could not withdraw their documents during the regular hours of consular service.

It should be noted that this journey involved all the diplomatic and non-diplomatic personnel, who were under the direction of the Chargé d’Affaires, Juan José Valero.