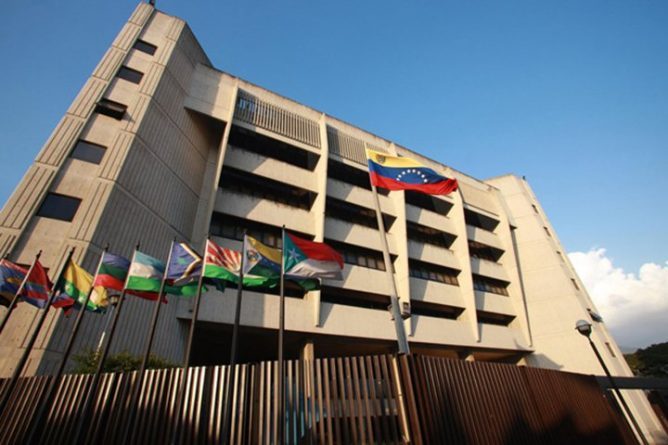 In a statement issued on its social networks, the Supreme Court of Justice (TSJ) on Tuesday authorized the Attorney General of the Republic to continue the criminal investigation of 4 deputies (Carlos Paparoni, Miguel Pizarro, Franco Casella and Winston Flores) for the flagrant commission of crimes: “Treason to the Homeland, Conspiracy, Insurrection, Civil Rebellion, Concert to Delinquency, Usurpation of Functions, Public Instigation to the disobedience of the laws and continued hatred”.

After the events of April 30, the TSJ had already determined the responsibility of several parliamentarians:

RELATED CONTENT: Guaido’s Brother Accused of Corruption (Odebrecht)
With the four today, we reach a total of fifteen parliamentarians who are being investigated. Below you have the full text of the Court’s statement:

TSJ decided on the responsibility of four deputies in the flagrant commission of crimes
The Full Chamber of the Supreme Court of Justice (TSJ) before the request made by the Attorney General of the Republic, decided that the facts, object of the petition, implicated the responsibility of the citizens: Carlos Alberto Paparoni Ramírez, Miguel Alejandro Pizarro Rodríguez, Franco Manuel Casella Lovaton and Winston Eduardo Flores Gómez, in the flagrant commission of the following crimes: “Treason to the Fatherland, Conspiracy, Insurrection, Civil Rebellion, Concert to Delinquiry, Usurpation of Functions, Public Instigation to the disobedience of the laws and continued hatred, foreseen and sanctioned in articles 128, 132, 143, 145, 163, 213, 285, all of the Criminal Code, respectively and Association, provided for and sanctioned in article 37 of the Organic Law against Organized Crime and Financing of Terrorism.

The Sentence of the Full Court orders a certified copy of the proceedings sent to the President of the National Constituent Assembly so that said body may determine what is appropriate, as provided in Article 200 of the Constitution of the Bolivarian Republic of Venezuela and the Constitutional Chamber of the High Judges, for your knowledge and other purposes.

The decision indicates, with a presentation by Judge Barbara Gabriela César Siero, a member of the Administrative Political Chamber, who in the present proceedings, because it is a flagrant commission of common crimes, taking into account the provisions of decision N ° 1684, of 4 November 2008, issued by the Constitutional Chamber of the High Court, the preliminary hearing of merit of the aforementioned citizens is not applicable, as a result of which its prosecution corresponds to the ordinary courts in criminal matters, according to the provisions of article 378 of the Organic Criminal Code Procedure.

Likewise, it is ordered a certified copy of the judgment be sent to the Attorney General of the Republic, Dr. Tarek William Saab, to continue the processing of the corresponding criminal case, observing due process guarantees and constitutional rights provided for in the Organic Code of Procedures Criminal, the Constitution of the Bolivarian Republic of Venezuela, the laws, treaties, conventions and international agreements subscribed and ratified by the Republic.