Inauguration ceremony of the Consulate General of Paraguay in Damascus, Syria. Photo: SANA.

The Honorary Consulate General of the Republic of Paraguay in Syria was inaugurated last Wednesday, July 20, in the Free Zone in Damascus, as part of the framework for strengthening binational relations between Syria and Paraguay. During the inauguration ceremony, after the hoisting of the flag of Paraguay in front of the consulate, Syrian Assistant Foreign and Expatriates Minister Dr. Ayman Sousan stated that the opening of the consulate will lay a basic building block for strengthening relations of friendship and brotherhood between the two countries and creating promising prospects for cooperation between them in various fields.

Sousan added that Syria believes in establishing the best relations with all countries of the world on the basis of respect for the sovereignty of states and non-interference in their internal affairs. The nation is keen to strengthen these relations in a way that is beneficial to the mutual interests of all peoples and lays solid foundations for cooperation, ensuring peace and security in the world and achieving prosperity for all. The president of the Senate of Paraguay, Oscar Rubén Salomón Fernández, who headed the Paraguayan delegation, expressed that the opening of the consulate in Damascus will contribute to building and fortifying relations with Syria.

He added that the Paraguayan Senate will provide all possible assistance for the success of the consulate’s work and the performance of the tasks entrusted to it. Mohammad Qattan, honorary consul of the Republic of Paraguay in Damascus, said that the opening of the consulate is an embodiment of the friendship between the two nations. In his speech he spoke about the friendly relations that bind the peoples of Syria and Paraguay for nearly a century. 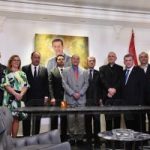 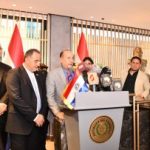 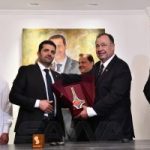 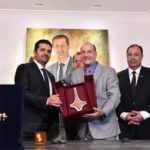 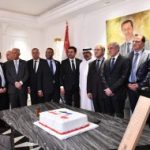 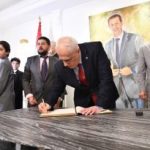 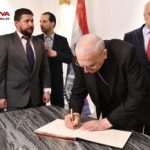 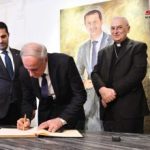 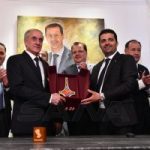 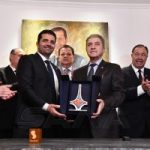 He expressed hope that this will lead to a boost in collaboration in all fields and open the way for Syria to access markets in Latin America, and contribute to the reconstruction of the country, and achieve prosperity for both nations.