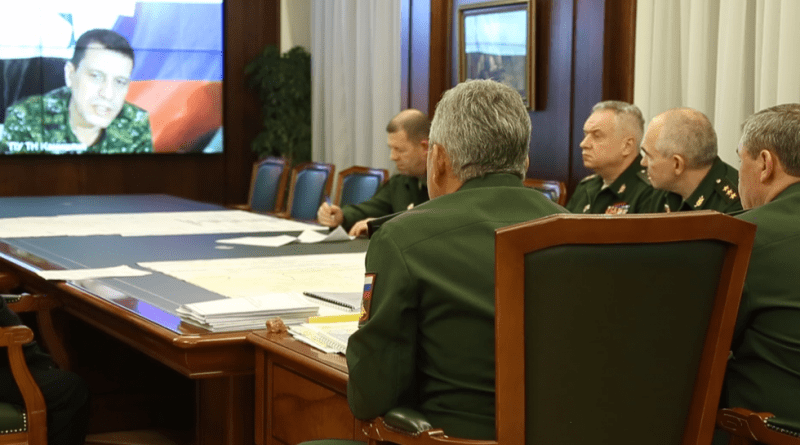 Talks between the top Russian military officials and the commander-in-chief of the so-called Syrian Democratic Forces (SDF) were held on Wednesday, via video link. Abdi discussed the ongoing developments in northeastern Syria with Shoigu and Russia’s Chief of General Staff Valery Gerasimov, expressing full support to the deployment of Russian military police and Syrian Army units into the region.

“Currently, units of the Russian military police and regular Syrian troops are being deployed into many locations. We are providing them with all kind of help and assistance,” Abdi said.

The SDF chief also expressed gratitude to Russia and President Vladimir Putin “for ensuring safety of the Kurdish people.” Abdi and Shoigu discussed the implementation of the deal reached by Putin and his Turkish counterpart Recep Tayyip Erdogan. Russia’s defense minister specifically stressed that there was no need for civilians to leave their homes and that their safety will be ensured.

On Tuesday, Putin and Erdogan held lengthy talks in Russia’s resort of Sochi, coming up with an agreement regarding northeast Syria. As a result of the deal, Turkish military incursion dubbed ‘Operation Peace Spring’ has effectively come to an end, while Syrian troops and Russian military police are set to deploy to much of the Syrian-Turkish border. Kurdish-led militias – which Ankara believes to have strong ties to the outlawed Kurdistan Workers’ Party (PKK) – are to be fully withdrawn from a 30-km strip along the border.