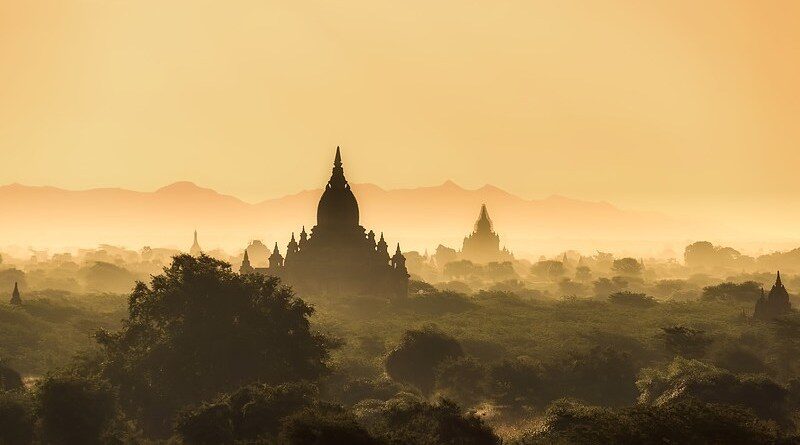 On 27 March, 2021, US Secretary of State Anthony Blinken released a press statement wherein he said: “The United States is deeply concerned by growing signs of anti-democratic behavior and the politicization of the legal system in Bolivia in light of the recent arrest and pre-trial imprisonment of former interim government officials.”

US-backed Coup
Blinken’s statement is deeply hypocritical. The “former interim government officials” he is talking about were nothing more than political puppets installed by the US after Evo Morales was overthrown through a coup on November 10, 2019. The coup was initially spawned by the Organization of American States (OSA) – a tool for Washington dominance – which published a report falsely claiming that the 2019 Bolivian elections were rigged. In the report, OAS expressed “its deep concern and surprise at the drastic and hard-to-explain change in the trend of the preliminary results revealed after the closing of the polls”.

On October 21, 2020, the Puebla Group – an association of progressive presidents of Latin America – released a letter which stated that “there was no fraud in the October 2019 elections and that Evo Morales would have been sworn in as legitimate president of Bolivia if the OAS, in its position as observer, had not refused to recognize the results.” The letter pointed out that when the OAS questioned the results, it helped “unleash a situation of political and social violence that resulted in a coup and the subsequent resignation of President Evo Morales.”

Racist Overtones
It is important to remember that the coup had overtly racist dimensions because it establishes the fact that USA is not supporting people who are democratic in their outlook. On October 5, 2019, Jeanine Áñez – the dictator instituted as interim President after the coup – called Morales “a pathetic Native person who is clinging to power.” A racist statement like this ignored the fact Morales had won the legitimate elections held in October 2019 and was bound by popular mandate to serve his fourth term as the President of Bolivia.

At the regional level, the coup was carried out by anti-indigenous right-wing gangsters like Luis Fernando Camacho, a multi-millionaire businessman from separatist Santa Cruz. In his book “We will Return and we will be Millions”, Evo Morales explores how the racism of the Bolivian extreme Right – represented by faces like Camacho – is ideologically interlinked to Banzerismo (promotion and admiration of the Hugo Banzer Dictatorship 1971-1978 and Operation Condor – a US-backed campaign of military terror against the rise of anti-imperialism) and Falangism (a current that allied with Francisco Franco in his murderous war against Spain’s Popular Front government).

Struggle for Justice
After Áñez illegally assumed power, she facilitated two massacres at Sacaba and Senkata through a presidential decree granting the military immunity from criminal prosecution for actions done to “preserve public order”. Under her rule, arrestees and detainees were tortured and beaten; protestors and children’s schools were teargassed; dissent was criminalized and press freedom was curtailed through Supreme Decree 4200 and Decree 4231; journalists were threatened, assaulted and accused of “sedition”; and political opponents – mainly from Morales’ party Movement Toward Socialism (MAS) – were stripped of their basic rights, subjected to violence and forced into exile.

Through a prolonged struggle against an openly fascist regime, Bolivians finally succeeded in holding an election in 2020. The MAS presidential candidate Luis Arce obtained 55.09% of the votes, decisively ahead of the neoliberal candidate Carlos Mesa and the right-wing extremist Camacho who garnered 28.83% and 14% of the votes, respectively. On March 13, 2021, Áñez and her former officials and ministers were arrested and are being investigated for involvement in the coup as well as in massacres and numerous other human rights violations committed against the people who resisted the coup. They have been charged with terrorism, sedition and conspiracy crimes, which left 36 people dead and hundreds injured.

Taking into account the entire chain of events which led to the arrest of Áñez and other officials, one is inevitably led to the conclusion that USA is trying to legitimize a repressive force which tried to institute neoliberalism at gunpoint.

Strengthening Anti-imperialism
After Arce’s election to power, he has been trying to strengthen anti-imperialism within the Latin American continent. This is important insofar that the American empire will continue to prevent the emergence of a multipolar world order through lawless tactics such as coups or sanctions. A hint of this possibility was given by Blinken’s statement in support of the coup government which shows that USA is still not ready to acknowledge that its imperialist policies will encounter increasing resistance throughout the world.

Bolivia has joined a coalition of nations called the “Group of Friends in Defense of the Charter of the United Nations”, which comprises 17 signatories, including Algeria, Angola, Belarus, Cambodia, China, Cuba, Eritrea, Iran, Laos, Nicaragua, North Korea, Russia, Saint Vincent and the Grenadines, Syria, Venezuela and Palestine. According to the statement of the group, the UN Charter “has a renewed and even more important value and relevance … while providing a platform for, among others, promoting the prevalence of legality over the use of force, and for both discussing and coordinating possible joint initiatives for fostering the respect to the purposes and principles enshrined in the UN Charter.”

On 24 March, 2021, Arce visited Mexico. Marked by the 190th anniversary of the establishment of diplomatic relations between both the countries, the visit was monumental – both Arce and Mexico’s President Andres Manuel Lopez Obrador criticized the interventionist activities of the OAS. A joint statement by the Presidents expresses that they “will not tolerate interference in internal affairs.” The communiqué insisted on the importance of “promoting the exclusively technical, objective and impartial character of the Electoral Observation Missions” of the OAS.

Bolivia’s engagement in international and regional initiatives aimed at weakening the clout of the American empire is significant because they help in solidifying a process of multipolarization accelerated by the rise of China. Changing geo-political conditions need to be taken advantage of through the creation of new organizational architectures and Bolivia is doing precisely that.