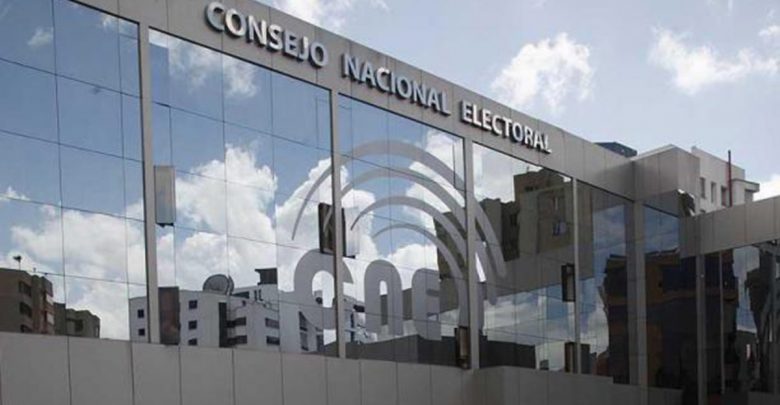 Uncertainty is looming over the presidential and legislative elections in Ecuador. The shameless manipulation being done around the National Electoral Council (CNE), particularly against the person and the political party of former President Rafael Correa, could not be clearer. Some twenty former Latin American presidents and foreign ministers have just addressed a letter to President Lenin Moreno on ‘the effective validity of democracy in Ecuador’. This letter – “For the defense of democracy in Ecuador”- says exactly: “We express our deep concern for the decisions adopted by the Ecuadorian electoral authorities with the objective of proscribing the political grouping called “Citizen’s Revolution”… The most serious thing is that these state decisions violate what is expressly contained in the International Covenant on Political and Civil Rights of the United Nations, in the American Convention on Human Rights of the Organization of American States and in the Constitution of Ecuador… We exhort the Ecuadorian authorities to respect the national and international principles and norms that ensure the effective validity of democracy in Ecuador”. Commenting on this letter, the candidate of the citizen’s revolution, Andrés Araúz, revealed that two commissions, one from the European Union and the other from the UN (United Nations), were preparing to visit Ecuador.

The right-wing political forces, both national and international, are seeking to prevent by any means the registration of the Citizens’ Revolution candidates Andrés Araúz for presdient and Rafael Correa as vice president.  The political forces that lost the elections 3 and a half years ago do not want to lose along with the benefits they are getting from the betrayal of the current president who was elected to continue and improve the program of the Citizen’s Revolution. The main reason is that all the polls show former President Rafael Correa as the winner in the next elections, even in the first round.

In the country’s main cities, marches, sit-ins and protests are multiplying, precisely to defend democracy, so that there will be elections next February and that the Araúz-Correa team can participate in these presidential and legislative elections. The electoral situation that occurred in the 2018 referendum is repeated: “7 times YES” where all the other parties, apart from the Citizens’ Revolution, made propaganda with the ‘NO’. This referendum granted extraordinary powers to the government over the judicial power. It allowed the President to appoint staunch and trusted anti-Correists to the head of the autonomous institutions. Once the Council of the Judiciary, the Constitutional Court, the Attorney General and the General Comptroller of the State were controlled, he was able to unleash all these institutions against his anti-Correista enemies. We are already seeing the results with more than a million layoffs of workers and employees, an increase in misery and poverty, widespread corruption, delayed payment of salaries, migration abroad, persecution of pro-corruption activists, a permanent campaign of hate in the commercial media…

An English writer, William Hazlitt, commented on hate campaigns by saying, “Are pride, envy, weakness and malice the ingredients that bring out the pleasure of maleficence?” The present situation of Ecuador makes us think of the phrase of Simón Bolívar writing two centuries ago to Colonel Patricio Cambell, in 1829: “The United States seems destined by providence to plague the Americas with miseries in the name of Freedom”. And many centuries ago the prophet Isaiah already cursed the rich: “Poor you who buy all the houses and go gathering field by field! Woe to those who drag their evil with the rope of their deceit… Woe to those who call evil good and good evil, who change darkness into light and light into darkness, who give bitter for sweet and sweet for bitter! Woe to those who are brave to drink wine, and champions to mix strong drinks, but who forgive the guilty for money, and deprive the just of his rights!” How tremendously topical are these reflections!

Let us contribute our grain of sand to the defense of the democracy in our country and let us choose candidates that build a homeland with more dignity, equity and peace to live in harmony among us and in communion with nature and God