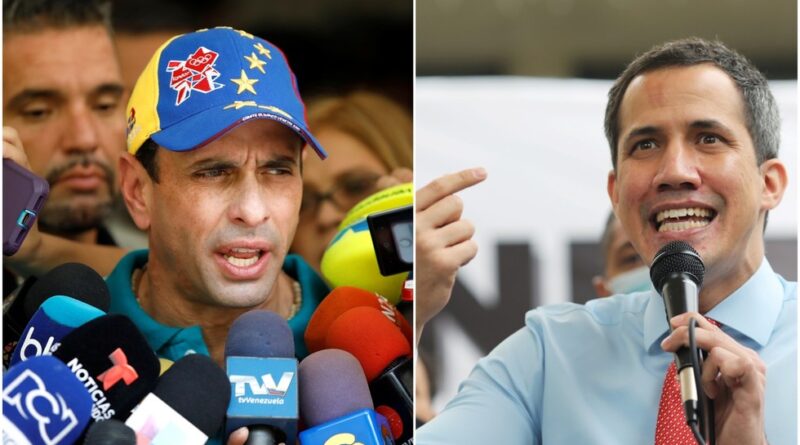 The projected US presidential election winner Joe Biden’s administration “must understand” that the efforts to prop up Guaido despite declining support even among the Venezuelan opposition are “exhausted,” and that it “cannot give continuity to the status quo,” Capriles told the BBC during a Wednesday interview.

He called for Washington and the EU to help the opposition in Caracas “fight for fair electoral conditions” after this month’s vote handed Maduro’s ruling PSUV party control of even the National Assembly, formerly an opposition stronghold. As in 2018, most of the opposition boycotted the vote, leaving a wide-open path to victory for Maduro.

Capriles questioned the wisdom of Guaido’s post-election plan, which would see the “interim president” and his backers in the Assembly continue clinging to their titles even after their five-year terms conclude next month. Such a “complicated precedent” of disregarding electoral results would “open the door to Maduro saying that he will extend his government without holding an election,” Capriles pointed out – apparently overlooking that disregarding election results was precisely how Guaido declared himself “interim president.”

While Capriles, who ran for president twice himself before he was banned from seeking the office, insisted he was a “believer in the unity of [Venezuela],” he lamented the lack of a competent leader figure for the opposition, complaining there is “no one who is a boss” to counter Maduro – just “pure platitudes” and empty speeches from the likes of Guaido.

He had especially hard words for Donald Trump, accusing the US president of “using” the “Venezuelan crisis” to shore up voter support in Florida, home to a large community of Cuban and Venezuelan emigres with a burning hatred for socialism. Venezuelans were fooled by Trump’s support for Guaido, Capriles explained, describing his countrymen behaving fanatically over Trump “until they lost rationality, as if he were a god.”

Capriles lost patience with Guaido’s failure to take power months ago, vowing in September to offer Venezuelans dissatisfied with Maduro’s government the option to vote rather than boycott another vote. He urged the opposition to stop “playing at government on the internet” and vowed to fight for fair elections rather than boycott them entirely – a plan which never materialized. Nevertheless, he strongly hinted during the BBC interview that he was the man to run the opposition, insisting that while he’d never been poor, he “understood” poverty.

Since anointing himself interim president last year, Guaido has attracted support from the US and its allies but failed miserably to convince the Venezuelan military and other key elements in Caracas to join his lackluster coup attempts. Capriles scolded the opposition leader for those failed efforts, noting that “it cost a lot” for what amounted to little more than a publicity stunt.

The US has declared Venezuela’s Sunday vote “electoral fraud” – somewhat of an ironic designation given the ongoing battle over the election results in Washington. Maduro dismissed the statement, declaring Venezuela is “not anyone’s colony.”