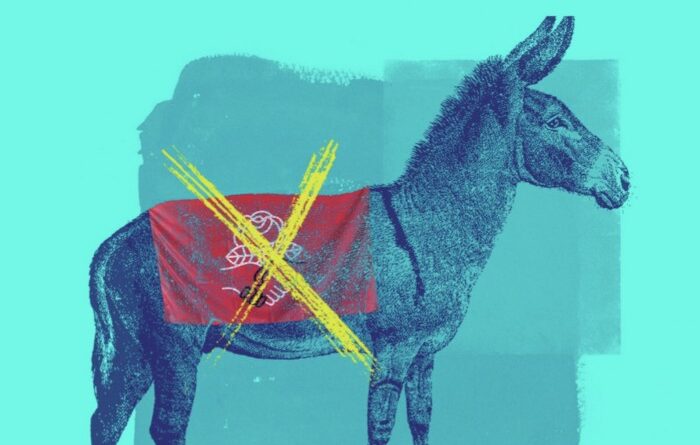 J. Sakai’s Settlers: The Mythology of the White Proletariat, the brutal 1983 polemic which argued that the American left’s dominant institutions are enamored with the ideology of the U.S. empire, is far from being above criticism. But it also accomplishes something very important, which is to compile a history of how the country’s labor organizations and movements have frequently worked to strengthen the structures of U.S. imperialism and colonialism.

One of the strongest points in Settlers is where it exposes the hypocrisies of the New Deal, which was designed to fortify the subjugation of oppressed nationalities like the Africans and the Puerto Ricans while enriching the favored U.S. settler population through imperialist plunder during World War II. The New Deal was a successful campaign by the U.S. ruling class to co-opt the era’s rising labor movement, and to placate the masses with material gains which primarily went to select groups and which were built upon the oppression of imperialism’s victims.

As I see the U.S. labor movement rise again in response to capitalism’s 21st century wealth gap and economic crises, I can’t help but view the warning Settlers took away from this-that many of America’s “leftist” institutions tend to double down on imperialism during times of crisis-as eerily prescient. Once again, the trends of American cynicism and selfishness identified by Settlers are being repeated. And the Democratic Socialists of America represents this 2020s version of the New Deal’s reactionary nature pretty well.

The core of my argument against the DSA isn’t just that its leadership essentially went all in for campaigning for Biden this year. Given the DSA’s deep ties to the Democratic Party and its endorsement of the pro-imperialist Zionist Bernie Sanders, it’s entirely predictable that it’s fallen into the category of “radical” organizations that uphold the standard liberal line of “we have no choice but to vote Democrat.” I want to talk about the underlying reasoning behind why the DSA finds it acceptable for members of a supposedly leftist organization to vote and campaign for Biden, and to therefore help prop up the imperialist power structure.

It’s because like the FDR liberals of the World War II era, the DSA isn’t opposed to the core myths of U.S. imperialism. The opposition that they voice towards certain imperialist machinations is contradicted by the many times their messaging has reinforced pro-imperialist narratives, and has in the process helped provide a rationale for campaigning for the party that’s seeking to vastly ramp up imperialist projects throughout the next four years.

This inconsistent nature of the DSA’s line was apparent when its publication Democratic Left smeared the anti-imperialist media outlet The Grayzone as being among a series of outlets that promote “disinformation.” This McCarthyist attack against an alternative media source whose journalists have lately been targets of state persecution was premised upon the assertion that The Grayzone has reported on China inaccurately. Yet the article did nothing to dispute The Grayzone’s observations about how the CIA has been inciting reactionary violence within Hong Kong, and has otherwise been seeking to spread misinformation and destabilization to China’s detriment. Nor did the article back up its absurd claim about how China’s Belt and Road Initiative is “neo-colonial.” It only implored leftists to oppose Chinese “authoritarianism,” a vapid message considering that every state is “authoritarian” to some extent.

It was apparent when during this year, the DSA put forth an essay calling for socialists to stand with Hong Kong’s “democratic movement.” Despite the essay’s saying that we should be critical of those within the movement who’ve called upon the U.S. to intervene, it uncritically upholds the narrative about how the movement is a “progressive” force, even though it’s fundamentally been an effort by influential imperialist collaborators within Hong Kong to prevent the city’s rightful post-colonial reintegration into China. To make this argument, the author had to first give reasons for China being an oppressor country, which they did through flawed argumentsabout China’s international trade being “imperialist” and China’s economic reforms (which have been directly behind the lifting of over 800 million Chinese people out of poverty) proving that the country isn’t truly socialist.

It was apparent last year when the DSA, along with its ideological twins Jacobin and Haymarket, sponsored an event platforming U.S. government-funded regime change activists. The speakers at the panel particularly attacked the governments of China, Cuba, and Nicaragua. Internal DSA emails obtained by The Grayzone showed a revealing moment where the conference’s “Nicaragua expert” admitted that “there is virtually no left among the opposition” to the Sandinista government, showing the right-wing and pro-imperialist agenda which the DSA was knowingly marketing to the public.

In another sign that the DSA is enemies with principled anti-imperialists, earlier that year the DSA had posted an interview with the author Rohini Hensman (whose book condemning “pseudo anti-imperialists” was appropriately published by Haymarket) who made a point to attack Grayzone journalist Max Blumenthal. Hensman accused Blumenthal of “supporting Assad by spreading his propaganda,” which was seemingly a reference to the fact that Blumenthal has reported from Syria while not going along with the Western media establishment’s perpetual campaign to demonize Assad.

When examining the other issues that Hensman put her spin on during the interview, it becomes clear that her claim of simply wanting to “pursue the truth by subjecting everything you hear or read to critical scrutiny” is a veneer for promoting arguments which help pro-imperialist narratives. Hensman decried those who would consider Ukraine’s 2014 switch of government to be an imperialist intervention, even though there’s proofthat Obama’s team were who picked the country’s new regime (a regime which has shown itself to be fascist and genocidal). Hensman simply mentioned that protests took place in Ukraine that year, while ignoring how Washington exploited them to horrific effect. Hensman applied the same simplistic rhetoric to Syria and Libya, pointing out that legitimate protests took place in both of these countries in 2011 while sidestepping the fact that vast (and catastrophic) imperialist interventions have also taken place within them.

Hensman also referenced Putin’s annexation of Crimea as an example of one of the “anti-democratic counter-revolutions” that Washington’s adversaries have supposedly carried out, even though Putin annexed Crimea after the overwhelming majority of Crimeans had voted to join with Russia (largely as a move to escape the horrific regime which Washington had just installed within their country).

The goal behind this propaganda that the DSA and its ideologically adjacent organizations put forth is clear: to use the concept of “nuanced discussion” as an excuse for smearing anti-imperialist voices and for shutting down opposition to many imperialist narratives. It’s no coincidence that the DSA’s favored candidate Biden was one of the players behind the 2014 Nazi coup in Ukraine, or that Biden plans to escalate cold war escalations with Russia and China, or that Biden and his team plan to carry out Obama-style coups in some of the same Latin American countries that the DSA’s partners agitate for regime change within.

As Biden and his team of neocons set out to make the American empire great again through coups, military encirclement, economic warfare, destabilization efforts, and redoubled proxy wars in places like Ukraine, groups like the DSA will help enable the administration’s efforts to placate the left when it comes to imperialist machinations. Even during the Trump era-which is when all of the DSA propaganda pieces I’ve mentioned were produced-the DSA has been greatly ramping up its attacks on those who speak out against imperialist narrative manipulations. Already, the DSA is promoting the illusion that the Biden administration will be “progressive.”

If this is how the ideological leadership of America’s “democratic socialist” movement has reacted to the U.S. imperial decline of recent years, it looks like Sakai’s darker suspicions about the future of this country’s “leftist” institutions have been vindicated.

Featured image: The above image is from the article “Biden pledge spits at DSA’s democracy.”