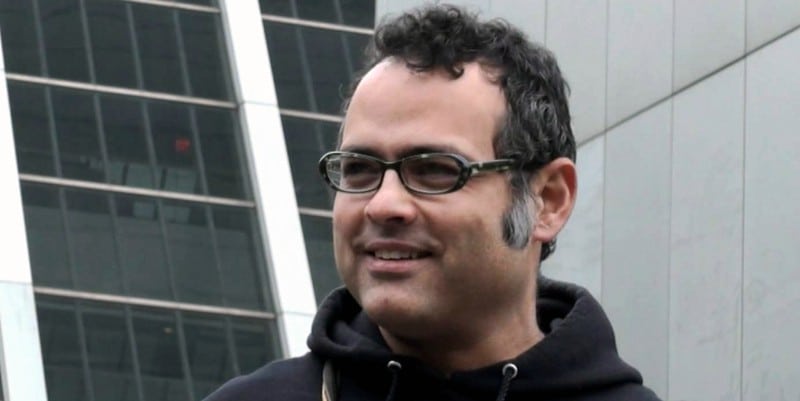 CounterSpin interview with Vijay Prashad about Indian demonstrations on January 24, 2020, episode of CounterSpin. This is a lightly edited transcript.

Janine Jackson: US elite media aren’t in the habit of highlighting protest in formally friendly countries, but hundreds of millions of people in the street throughout India should be hard to ignore. The peaceful protests have been met with brutality; at least 27 people have been killed. What is behind the unrest?

Historian and journalist Vijay Prashad is chief correspondent at Globetrotter, a project of the Independent Media Institute; chief editor of LeftWord Books; and the director of Tricontinental: Institute for Social Research. His most recent book is Red Star Over the Third World. He joins us now by phone. Welcome back to CounterSpin, Vijay Prashad.

Vijay Prashad: Great to be with you.

JJ: Maybe we could start with what’s being described as the flashpoint, the Citizenship Amendment Act. CNN International used that quintessential media technique, saying protesters “oppose a new citizenship law that they say discriminates against Muslims.” And the New York Times described the law as “contentious.” What does the CAA seem to do? And what is the context? How does it fit with the project, if you will, of Prime Minister Narendra Modi?

VP: This Citizenship Amendment Act is essentially the last straw, particularly for young people, peasants, workers and so on. The tolerance is gone now. I am having a hard time saying this, because I want to emphasize that this protest is extraordinarily disobedient. People just have no faith in the government any longer. And this bill itself, if you look at it by itself, it shouldn’t have tipped the scales, but it was literally the last straw.

The bill itself is quite clear. It’s about refugees, people who are facing religious intolerance in South Asia. Now, India is a signatory to various international treaties. And if only India ratified those treaties, there would be no need for this kind of bill.

But this bill is not about refugees. It’s doing something else. What the bill actually says is that religious minorities in the region are welcome into India. So Christians, Hindus, Buddhists and so on can come into India. It explicitly doesn’t say that Muslims from the neighborhood can come into India, even persecuted people like the Rohingyas in Burma, or the Hazaras in Afghanistan, or the Ahmadis in Pakistan, they cannot come in. And so it doesn’t actually say that Indian Muslims are second-class citizens; it says that everybody but a Muslim has the right to come into India if they are religiously persecuted.

This really annoyed a lot of people, because it takes India down the road of saying that Muslims are not integral to the Indian fabric. And I just want to say that it’s a totally impractical policy to say that Indian Muslims are not part of India; there are 200 million Indian Muslims. If Indian Muslims had their own country, it would be the eighth largest country in the world. It’s the same population as Nigeria. There’s no way to put 200 million people into a concentration camp. There is no way to deport 200 million people. This is entirely about fear-mongering, about making a very large number of Indians feel that they are second-class citizens.

JJ: And the protests have been diverse, they brought together ranges of people and across sectors. Isn’t that true? It’s almost everyone—I think you said somewhere—everyone but the BJP, almost, is out in the street.

VP: Yes, quite right. Initially, of course, these were protests led by students, I should say, because students have been fighting against the rise of fees in public universities. They’ve been fighting against unreasonable kinds of programs being set up inside colleges, for instance, the study of the supernatural and ghosts, the study of the healing powers of cow urine and so on. This has really bothered students, and they’ve been out on the streets for the last year, fighting really almost a lonely action against the government.

So students began the protest, but the student protests brought millions, hundreds of millions of people, onto the street. I was in a protest in Calcutta. There must have been 50,000 people there, students in the lead, but then there were intellectuals, there were peasants, there were workers and so on.

All this culminated in attacks by the government on several public universities where students were demonstrating against the Citizenship Amendment Act. These attacks were so vicious that they brought even more people onto the street. You know, governments calculate repression in such a way that they feel if they can repress protest, it scares people, they don’t come to the streets.

But I want to emphasize this disobedience aspect. Despite the crackdown, despite the repression, more and more people have been coming on the street, poets have been writing new poetry, and on January 8, over 200 million Indians went on a general strike. This was a strike that had been planned previously by the trade unions, by the peasant organizations and so on. But they wrapped their own struggle into the struggle against the Citizenship Amendment Act. And you had probably the world’s largest strike in history. Last year, there were 180 million workers and peasants on strike. This year, it’s about 200 million. It was an extraordinary, extraordinary event across India.

JJ: Now, do you think that Modi and the BJP are taken aback or surprised by the scale and the vitality of the protest, particularly as they are, as you say, so disobedient, so dangerous?

VP: I think they have miscalculated, and I think they don’t know what the exit is. One of the things, the features, of the far right, particularly the Indian far right, is that when they came to power this time—that is, in this cycle, in 2014 onwards—when they came to power, they thought, “Our time has come. We’re going to push the whole of our agenda. We’re not going to modulate our agenda. We’re not going to compromise. We’re going to go all the way. We’re going to push for a full capitalist agenda”—because they are the only party completely committed to the so-called IMF reform slate, including labor market reforms, which is basically eviscerating trade unions and so on. That was one plank of their agenda.

The second plank of their agenda was the social toxicity, which includes a very firm anti-Muslim agenda. And they just decided, “No compromise. We are in power. Our time has come. We’re going for it.”

And I think this pushback has surprised them. They’ve miscalculated. But because of the sense that, “We’ve got to go all the way on our agenda,” they’re not going to back down. You know, they have a mandate. They control Parliament. They don’t feel like they need to apologize to anybody.

Now the real question is, how much repression, how much state violence are they willing to put against the protesters, and how much will the world, in a way, or even Indians, tolerate? What level of state violence is going to be seen as tolerable? Because these protests are not going anywhere, people are blocking streets. In a part of Delhi known as Shaheen Bagh, there are entire families sitting on a major roadway. They’ve blocked it for several weeks now. So what will be the level of violence that the government is going to use against the protesters? And what will India tolerate before there is just a mass insurrection against the government?

JJ: Finally, of course, information plays a role here. I’ve read Modi, in the press, basically saying his critics are just trying to rerun the election, you know, they’re just mad that he’s so popular. That has a certain resonance for Americans. And then he just tells lies, just tells big lies, like someone else we could name as well. But there’s a role for media, and telling the story of what’s happening in India. What would you like journalists to do, or not do, in that regard?

Because here, you’re faced with a situation where you’re supposed to report what Modi is saying, as if it’s got credibility. But as I said, the rebellion is totally disobedient. It doesn’t see Mr. Modi and his Home Minister Amitabh Shah as credible people.

And some of the atmosphere of this disobedience has not been adequately reported. In other words, people are reporting this story as if it’s about the Citizenship Amendment Act. It has nothing to do with Citizenship Amendment Act. It has everything to do with the fact that hundreds of millions of people in India feel that the direction that the Modi government is going in is utterly against the principles of the Indian constitution.

And that’s what this is about. It’s about a defense of a kind of India, not the particularities of the Citizenship Amendment Act. So when reporters get caught up in minutiae, they miss the bigger picture. And I think the bigger picture, in this particular case, is the only thing to focus on.

JJ: We’ve been speaking with Vijay Prashad. His latest book is Red Star Over the Third World. Vijay Prashad, thank you so much for joining us this week on CounterSpin.

VP: Thanks a lot.