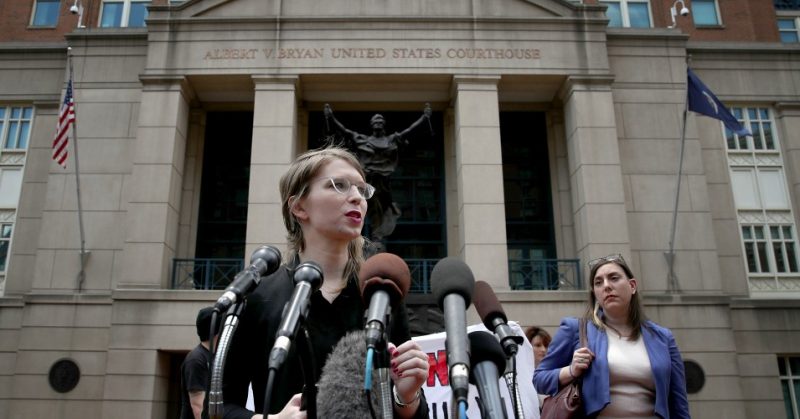 “The U.S. government’s harassment of whistleblower and activist Chelsea Manning is intensifying.”

In a move press freedom advocates and progressive critics decried as an “outrageous” and “unprecedented” escalation of a prolonged government harassment campaign, a federal judge on Thursday ordered U.S. Army whistleblower Chelsea Manning back to jail for refusing to testify before a secretive grand jury and imposed a $500 fine for every day she is in custody after 30 days.

If Manning refuses to comply with the grand jury subpoena after 60 days, the fine will increase to $1,000 per day.

RELATED CONTENT: Why are There Queues for Gas in Venezuela

During a court hearing on Thursday, Manning told Judge Anthony Trenga that she has no intention of giving in to government pressure.

“I would rather starve to death than to change my opinion in this regard,” said Manning. “And when I say that, I mean that quite literally.”

Manning’s imprisonment Thursday came exactly one week after she was released following a 62-day stint in jail—including a month in solitary confinement—for refusing to testify before a grand jury that, as the Guardian reported, “is presumed to relate to the criminal prosecution” of WikiLeaks founder and publisher Julian Assange, who is currently fighting the Trump administration’s attempt to extradite him to the United States.

BREAKING: the US government’s harassment of whistleblower and activist Chelsea Manning is intensifying. The fines they are threatening her with are unprecedented. Read her legal team’s statement and retweet this til it breaks https://t.co/5QR5bnhchi

Moira Meltzer-Cohen, an attorney for Manning, said in a statement Thursday that while she is “disappointed” with the judge’s decision, she expects “it will be exactly as coercive as the previous sanction—which is to say not at all.”

“In 2010 Chelsea made a principled decision to let the world see the true nature modern asymmetric warfare,” said Meltzer-Cohen. “It is telling that the United States has always been more concerned with the disclosure of those documents than with the damning substance of the disclosures.”