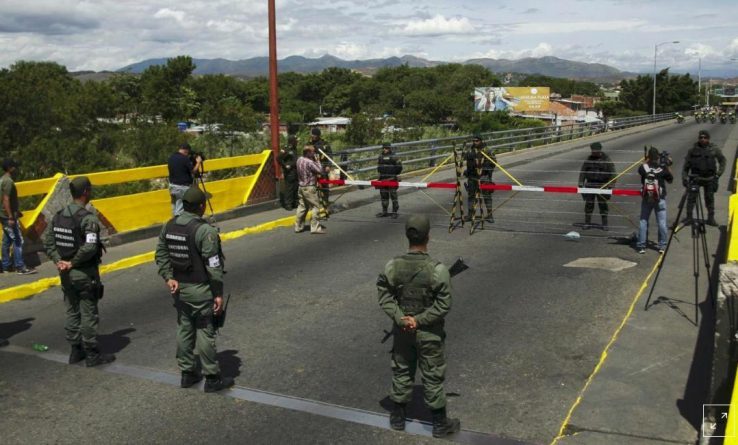 A group of military deserters of the Bolivarian National Armed Forces (Fanb) that is in Cúcuta, Colombia, would be willing to make public information about meetings, videos and audios between leaders of the Venezuelan opposition and the Colombian military where the plan to bomb are detailed. The bombing of the Simón Bolívar International Bridge, which connects both nations is mentioned.

“We are not welcome here (Cucuta) already; they give us food once a day, they don’t want to take care of the sick. There is a lot of internal dispute between us and there are already several who want to go back to Venezuela and present themselve to justice there and negotiate with videos and audios where they intend to bomb the Simón Bolívar bridge”, a military official affirmed in a conversation via WhatsApp with the deputy of the National Assembly in contempt, Gabriela Arellano (opposition).

They also urge Arellano to attend to their requests or “we will continue giving statements and we will say everything. They promised us and now they have abandoned us in a hotel”.

In addition, they hold her responsible – jointly with the deputy José Manuel Olivares – for everything that happens to them. He affirms that they are no longer welcome in Colombia and are treated as “delinquents” by the office of the UN High Commissioner for Refugees (UNHCR).

The former law enforcement officers are tired of the abandonment they find themselves in after the false promises made by the self-proclaimed “president in charge” of Venezuela, Juan Guaidó, and they ask that he fulfill the agreement of the days previous to the 23 of February, when he was trying to force entry of the supposed humanitarian aid.