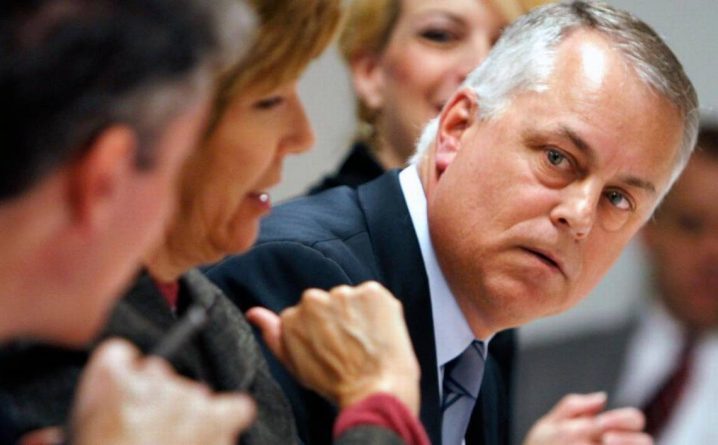 A retired US brigadier general underscores Washington’s ability to enter Venezuela and overthrow Maduro, even “with a bullet in the forehead.”

The Venezuelan president, Nicolás Maduro, “must realize that a bullet in the forehead may be his way out of Venezuela,” said Anthony J. Tata, a retired brigadier general of the United States (1981-2009).

“This comment is evidence of the profound ignorance in the US about the political and institutional landscape of Venezuela where the Constitution defines that even in the case of absolute absence of the Head of State (Nicolas Maduro) the person in line to replace him is the Vice President and also of the existence of the Constituent Assembly preparing a new constitution and constitutionally with the highest hierarchy of all branches of the State and of chavista majority will make that option very irrelevant”, commented to OT a political expert.

“We have the capacity to do that” in Venezuela, the former military leadership highlighted in an interview given to US broadcaster Fox News on Thursday, picked up by the media on Sunday.

In his opinion, the actions of US Secretary of State, Mike Pompeo, regarding Venezuela show that Washington will execute a military intervention, if necessary; as the US President, Donald Trump, has positioned himself in support of the Venezuelan coup leader Juan Guaidó.

“(In Venezuela) There is a humanitarian crisis of epic proportions, there are also the links between Russia, China, Cuba and Iran, enemies of the US, and one of the largest oil reserves at stake,” said Tata.

The former US military adds that Washington has to “locate and corral” Maduro “where he hides”, and protect Guaidó, head of the National Assembly (AN) of the country – declared in contempt in 2016 and controlled by the opposition.

This interventionist plan, says Tata, seeks to “help the people of Venezuela.” However, several polls highlight the resounding rejection of Venezuelans of a foreign military action to overthrow President Maduro, whose government emanates from the vote cast in the elections last May.

The retired brigadier also believes that Washington requires a sophisticated plan similar to that applied in 1994 by the US invasion in Haiti, “in which a military air strategy was used that took only minutes”.

The US authorities have tried to bring alleged humanitarian aid to Venezuelan territory. However, Maduro has rejected it, arguing that it camouflages weapons, which would be used by the Venezuelan opposition to overthrow the current Executive.