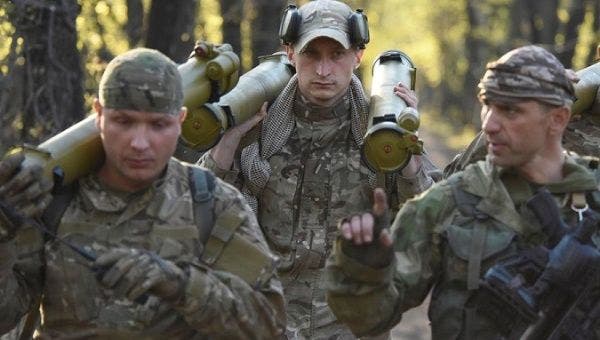 In 2014, the Russian-speaking population living in the Donbas region set the Donetsk and Luhansk republics. Ukraine does not recognize that decision to date.

Over the last week, Ukraine has been moving military vehicles and troops to the front lines, a measure that increases its military tensions with Russia.

On March 24, Ukrainian President Volodymyr Zelensky signed the Decree 117/2021 approving the “strategy of disoccupation and reintegration of the temporarily occupied territory of the Autonomous Republic of Crimea and the Sevastopol city.”

In practical terms, Ukraine’s decision could trigger actions leading to an armed conflict with Russia in which the United States or other Western countries could become involved.

“This is essentially a declaration of war against Russia, and Zelensky would have never signed such a document without the approval of the Biden administration,” Foreign Affairs analyst Michael Snyder said, as reported by ZeroHedge.

“The Russians are taking Zelensky’s declaration of war very seriously, but the corporate media in the western world is blaming “Russian aggression” for the increase in tensions in the region.”

“And what most people in the western world don’t know is that fighting has already begun in Ukraine. The ceasefire that was agreed to in July 2020 has been violated hundreds of times over the past week… At this point, the ceasefire of July 2020 is completely dead,” Synder explained.

During an extraordinary session in the Parliament held on April 1, the Commander-in-Chief of the Ukrainian Army Ruslan Khomchak said that his troops are present in the “temporarily occupied areas… containing 28 enemy tactical groups.”

“Our armed forces are prepared to give an adequate response both to an escalation of the conflict and to an aggravation of the political-military and strategic-military situation on the border of Ukraine,” he stressed.

Between March 26 and 28, the Organization for Security and Cooperation in Europe (OSCE) recorded 153 violations of the ceasefire in the Donetsk region.

The conflict in eastern Ukraine erupted in 2014 when the Russian-speaking population living in the Donbas region proclaimed their independence and created the Donetsk and Luhansk republics. The Ukrainian government, however, does not recognize that decision to date.