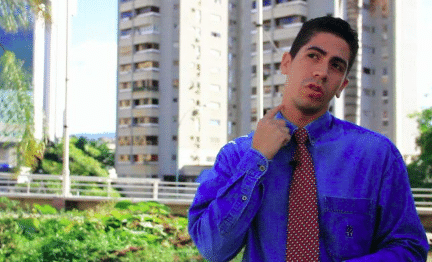 On Thursday, April 1, after the tensions caused by Colombian paramilitary groups in Apure state started to diffuse, the Bolivarian National Armed Force (FANB) escorted from the scene of tensions two journalists of the anti-Chavista news outlet NTN24, Rafael Hernández and Luis Gonzalo Pérez, and two “activists” of NGO Fundaredes, Juan Carlos Salazar and Diógenes Tirado, to ensure their safety.

Taking advantage of the situation in Apure, an attempt was made to cement in public opinion another bit of fake news to discredit the Venezuelan security forces. This new media conspiracy, involving journalists working with NTN24, barely lasted a few hours, for it was immediately denied by its own protagonists.

RELATED CONTENT: Fake News Op in the ‘Candid Activists’ Case: There was No Arrest, Only Protection of Journalists in Apure

Venezuelan Deputy Minister for Communications in the Foreign Affairs Ministry, William Castillo, posted on his Twitter account that the plan of the NTN24 “journalists/activists” was to film the moment when the explosion of land mines in the town of El Ripial in Apure—carried out by Colombian paramilitary criminals and backed by the Colombian government—ended the life of Venezuelan military officers defending national sovereignty. “Their contempt for human life is absolute,” he decried.

RELATED CONTENT: Far Right Cries Out for Foreign Intervention Due to Colombian Paramilitary Attacks in Apure

This is not the first time that the NTN24 journalist Luis Gonzalo Pérez is the protagonist of fake news discrediting the image of Venezuela. In 2019, he had reported that a truck carrying “humanitarian aid” from Colombia was set on fire at the Colombia-Venezuela border by the Bolivarian National Guard of Venezuela using pepper gas canisters. He said this on TV despite the fact that those devices are not incendiary, according to experts. That fake news was also refuted by various proofs that showed that the attack on the cargo truck must have come from the same provocateurs launching Molotov cocktails from the Colombian side of the border.

Venezuelan social media users also recalled this NTN24 journalist for another fake news he created during the electrical blackout in 2019. At that time, he claimed that desperate Venezuelans were collecting sewage, when in reality it was a stream of spring water coming from the Ávila mountain. Many people affected by the attack on the electricity supply system immediately expressed their outrage, exposing a group of Venezuelans pretending that they would use wastewater for their daily use.