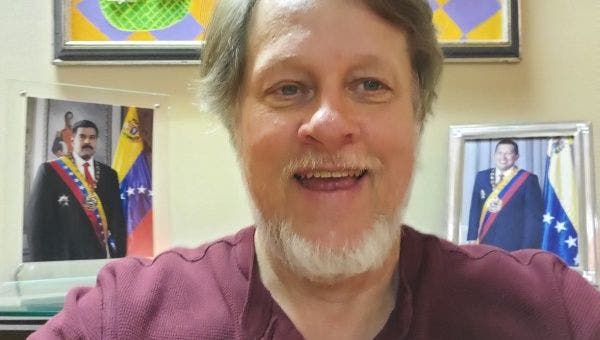 The dedicated, long-time organizer is being remembered for his important work on the frontlines of countless struggles for justice.

Zeese, alongside his partner Margaret Flowers, was the Co-director of Popular Resistance, an online resource providing news and information, which brings together movements for peace and economic, racial and environmental justice.

He sat on the advisory board of Courage Foundation defending Julian Assange, Edward Snowden, Jeremy Hammond, Chelsea Manning and other whistleblowers, where he stood up for dissidents and journalists.

We deeply regret the unexpected departure of our brother Kevin Zeese, courageous Peace and Human Rights activist. One of the US heroes that defended our Embassy until the end. Our condolences to his partner Margaret and all of his family. pic.twitter.com/fLoqFhskPp

In 2019, Zeese was among a group of U.S. solidarity activists who became known as the ‘Embassy Protection Collective’ for participating in a weeks-long live-in at the Venezuelan embassy in Washington DC.

There, he and three others were arrested, jailed and charged for defending Venezuelan sovereignty against a breach of international law as members of the Venezuelan opposition planned an illegal takeover of the property, with the help of U.S. authorities.

Margaret Flowers, Adrienne Pine, David Paul and Zeese were fearless in their rejection of the US-orchestrated coup attempts in Venezuela and stood firm on the principles of sovereignty, the self-determination of peoples, non-interference and peace and were persecuted because of it.

Heartbreaking! Our dear @KBZeese Kevin Zeese passed away suddenly this morning. Kevin was a brilliant writer, organizer, strategist and visionary. Wherever there was injustice, Kevin was there, with his partner Margaret @MFlowers8 and @PopResistance. We miss you, brother. pic.twitter.com/q87cGWHaS5

An outpouring of tributes can be seen on social media, with fellow activists remembering Zeese’s fight for justice on issues including poverty, economic justice, war, healthcare, and more.

At the time of his passing, Zeese was involved in the campaign against the attempt to extradite Julian Assange.

His dedication and commitment to social justice and his great capacity as an organizer, strategist and visionary will be remembered.

The Embassy Protection Collective is maintaining it's position this weekend, at the Venezuelan embassy in Washington. I spoke with @KBZeese, the Co-director of @PopResistance, a group which has been on site for 2+ weeks, along with @answercoalition, @codepink + many more. (1/3) pic.twitter.com/g0OQTPplgC