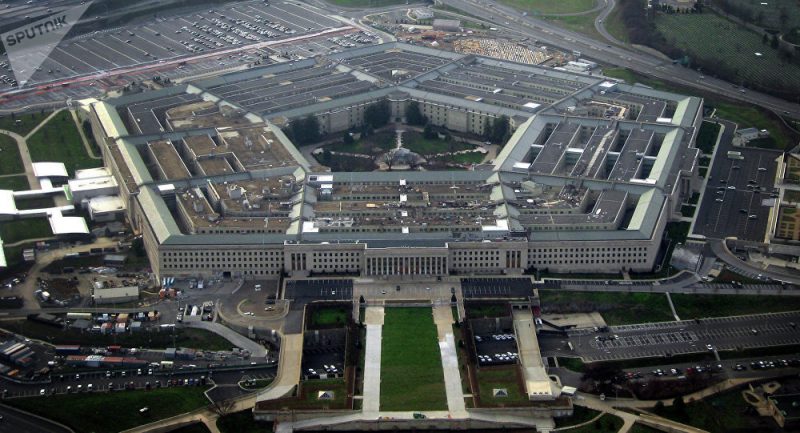 16/Abr/2019.- The Pentagon is developing military solutions to contain the ‘influence’ of Russia, China and Cuba over the government of Venezuelan President Nicolás Maduro, reported the US channel CNN with reference to a source in the US Department of Defense, familiar with the situation .

According to the media , the deterrent options could include US naval maneuvers in the region and greater military interaction with neighboring countries. The idea is to obstruct the access of Russia, China and Cuba to the region.

According to the CNN source, the preliminary activities are carried out by the Joint Staff of the Pentagon, responsible for planning future military operations, and the Southern Command of the United States, which oversees any military interference by US troops in the south of the hemisphere.

Latin American expert Mikhail Beliat, a professor at the Russian State University of Humanities, told Sputnik that the situation is similar to that of the Missile Crisis in Cuba, when, as a result of a direct confrontation, everyone was on the verge of a world war.”

“It seems to me that currently the US authorities are moving everything to a similar situation, unfortunately, I think the situation is developing in this direction, military containment is a tool that is beyond diplomacy and international law.”

According to the analyst, “the contention, apparently, is to make Russia abandon military cooperation with Venezuela, which has an economic rather than political character, because it deals with weapons supplies on an exclusively commercial basis.”

“It is a very common practice all over the world, but the United States is very concerned because, without a doubt, it reinforces the Venezuelan Army, one of the pillars that keeps Nicolás Maduro in power,” concluded Mikhail Beliat.
On April 13, the US Secretary of State, Mike Pompeo, accused Russia of interference in the internal affairs of Venezuela and called Maduro the “former leader” of the country.

The Russian Chancellery dismissed Pompeo’s accusations as “inadmissible” and his behavior “undiplomatic”.

Several US officials, including President Donald Trump, previously said that “all options are on the table” to put an end to Maduro’s government, that is, they do not rule out military intervention.