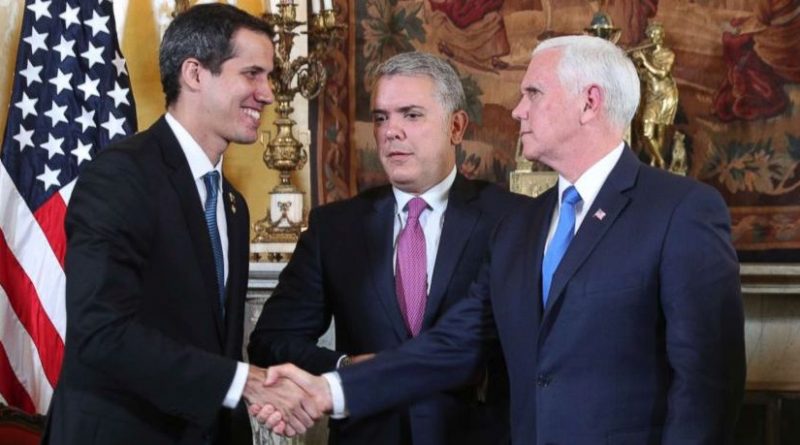 The United States Department of State, in another attempt to boost negotiations between the government and the opposition, announced the creation of a Venezuelan Affairs Unit (VAU), located at the US embassy in Bogotá, which will probably host the Venezuelan opposition government.

“The Venezuelan Affairs Unit – which will be in the charge of the diplomat James Story – will continue the US mission with the legitimate government of Venezuela and Venezuelans. The VAU will maintain the restoration work of democracy and constitutional order in that country, as well as the security and well-being of Venezuelans,” says the document, which describes as legitimate a government that nobody chose except the Department of State.

According to analysts, the announcement is aimed at boycotting the negotiations that the government and the opposition will initiate in Oslo and continue in Barbados, to try to find a way out through dialog of the political conflict that exists in the country.

Washington analysts point out that, tired of corruption, the political and administrative mismanagement of Venezuelan opposition leaders, the State Department seems to have opted to suppress intermediations and directly address the contingency of the Venezuelan outcome from its embassy in Bogotá.

Ultimately, the goal is to seize the wealth and resources of Venezuela, and they point out that there is no better statute for this than that of the associated free-state, such as Puerto Rico. The self-proclaimed interim president Juan Guaidó, complied with the script and publicly supported the imposition of new sanctions by the Trump Administration against Venezuela, including the seizure of assets, which his people dream of administering.

After the official US statement, the self-proclaimed Guaidó announced the appointment of Julio Borges as his foreign minister (he called him commissioner for foreign relations) and the evaded Leopoldo López as government coordinator. He said Borges will be responsible for increasing international pressure on the government, both diplomatic and financial, and also seeking additional support in the world and “growing an unprecedented coalition” for the Venezuelan case. Guaidó announced Alejandro Plaz as commissioner for Economic Development and also Humberto Prado to deal with cases of human rights violations, in a new offensive against the Venezuelan government that Colombian President Iván Duque, ally-accomplice of the US in permanent attacks on neighboring Venezuela, will begin this week.

But while pressing the magistrates of the International Court of Human Rights of the OAS, gathered in Barranquilla, another internal storm broke out when important sectors of the Revolutionary Armed Forces of Colombia (FARC) decided to return to the mountains and to arms, after the government’s betrayal of the peace agreement signed in 2016 in Havana.

The group, commanded by Iván Márquez, denounced the murder of more than 500 social leaders and 150 guerrillas, who had put down their weapons, since the signing of the agreement.

Hard to bring down

The announcement of the State Department came days after the American security adviser, John Bolton, said he had conversations with some opposition leaders with the aim of contributing to “the exit of Nicolás Maduro from power and the realization of free and fair elections”. These pressures of Bolton aroused new divisions, discrepancies and conflicts of low and medium intensity between the opposition leadership, which was trying to negotiate with the government.

The US had to recognize its successive defeats in its attempt to overthrow the Bolivarian government. The special envoy for Venezuela, Elliott Abrams, said his country will not impute or punish the Venezuelan president, Nicolás Maduro, if he voluntarily agrees to leave power. The hegemonic media tried again to implant the collective imaginary that

the only thing that prevents the solution to the Venezuelan conflict is the stubbornness of the president to leave office, to which he was popularly elected.

The New York Times reported that this amnesty offer “was a message to the Venezuelan leader after he and his American counterpart, Donald Trump, spoke of high-level negotiations between the two governments. Abrams said that these conversations have not happened, ” and there are no signs that suggest he will leave power.
“It is not a persecution. We are not after him, we want him to have a dignified exit and to leave,” said Abrams, who added that “the notion that we are negotiating is completely wrong (…) They need to return to being a democratic country. Maduro needs to leave power. He should not run in an election. We will not withdraw the sanctions until he is out of the government,” Abrams said, knowingly acknowledging that if he [Maduro] presented himself to new elections, he could possibly be the winner again.

Meanwhile, the effects of the economic and financial sanctions and the blockade imposed by the US and supported by Guaido continue to be felt, which have been worsening the situation of the population in different areas, including food and health.

The moderate sector of the opposition differs from the Juan Guaidó line that discards participation in parliamentary elections if Nicolás Maduro does not leave the presidency first, following the Bolton script: “There can be no free or fair elections while Maduro remains in Venezuela.” Jesús Tapia, from MAS, responded that “it is unacceptable that the only thing that is promoted is the idea of not participating in the elections.”

Venezuela broke off relations with the US last January, after the unknown opposition deputy Juan Guaidó was recognized by Washington as “president in charge” in an attempt to overthrow Maduro. Since January and despite the pressures, attempted coups, embargoes, illegal confiscations and piracy of Venezuelan resources, Guaidó failed to overthrow Maduro or convince the military and much less, get the people to launch into the streets.

And, as the talks between government and opposition leaders progressed, with great support from the citizens (according to the polls), the USA dynamited the dialogue again, with the opening of the office in Bogotá so Guaidó is installed there and follows their instructions.

The ultra-right-wing Colombian president Iván Duque pressured the judges of the Inter-American Court of Human Rights on Monday in Barranquilla, to whom he made a “respectful call” for the Inter-American Court of Human Rights (IACHR) to transmit “his concern to the International Criminal Court” and asks that “a formal investigation be carried out so that no further crimes continue to occur,” in Venezuela.

RELATED CONTENT: “The US Will Not Support Elections if Guaido or Maduro Participate” – Elliott Abrams

Duque, who obviously refrained from talking about the daily murders of social leaders, peasants and indigenous people in Colombia, considered that the reports on the situation of Venezuela made by the Organization of American States (OAS), headed by the Secretary General, Luis Almagro, should serve to get a pronouncement from the Inter-American Human Rights System.

But the decision of sectors of the FARC to return to the fight, revealed its permanent bombardment of the peace agreements signed by the State. The Duque government, inspired by the genocidal ex-president Álvaro Uribe, systematically failed to comply with fundamental issues of peace, such as the protection of social, peasant and indigenous leaders, the guarantee of life of demobilized guerrillas, the social substitution of crops and the allocation from land to peasants, bases of the agreement.

In the FARC, in the face of peace agreements, there were two positions: the one led by Márquez who was in favor of gradually giving up weapons (as was done in Ireland), and the one headed by Rodrigo Londoño “Timochenko”, who accepted that the delivery of weapons be done at one time to begin immediately with the process of constitution of the party and participation in the elections to obtain positions in the Congress.

The division was accentuated when the government set a trap for Jesus Santrich by involving him – at the hands of the US DEA – in drug trafficking cases, with the sole purpose of failing to comply with what was agreed in Havana on the non-extradition of commanders who had committed crimes before signing the agreement. Duke threatened to extradite him any way.

Duque is hardly distinguishable from Uribe, and therefore the sustainability of the peace accords is balanced on the a spider web, especially when he dismantled the peace negotiations with the National Liberation Army. And, himself internally in check, he can hardly remain the necessary US bishop to put Venezuela in check. 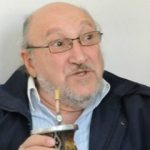