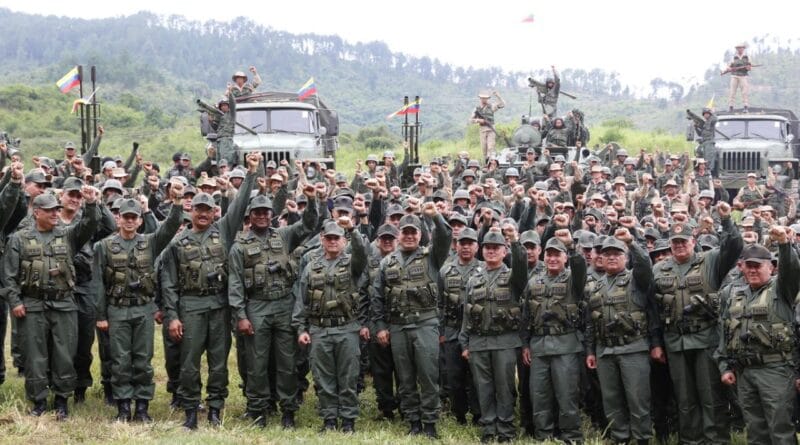 The demining operations of the Bolivarian National Armed Force (FANB) in Apure state have achieved the neutralization of at least 100 of the illegal explosives.

General Commander of the Army, General Domingo Hernández Lárez, confirmed that this challenge prompted the military to make special adaptations to its weapons and minesweeper systems to clear the territory of one of the deadly consequences of the internal Colombian conflict, that some are trying to export to Venezuela.

These explosive devices, illegal under international law, were planted by narco-terrorist gangs of Colombia in their attempt to install drug processing camps in Venezuela.

Colombia is the world’s leading producer of cocaine, and number one for the expansion of illicit coca cultivation.

On several occasions the Venezuelan government has demonstrated that once the armed groups have withdrawn to the other side of the border, the Colombian authorities do not arrest them, but rather protect them.

Regarding the laying of mines, the officer states that: “This is not our [regular] practice, as home-made mines have been planted using modern technology, in which they use gas cylinders, filling them with explosives and other types of materials, such as nails, which when triggered destroy everything.”

Three officers were killed by these explosives, and three tanks were destroyed in the paramilitary warfare waged by Colombian violent groups.

International assistance
Venezuela requested the support of international organizations with expertise in mine neutralization. “We have asked the United Nations Organization to come here to help us, and to see that it is not a lie, but a reality,” said the Army commander.

“Some mines are of an electronic type, activated by means of a cellphone,” explained Hernández Lárez. “Others employ a ‘tension’ that when stepped on, explodes, launching a rocket through PVC tubes.”