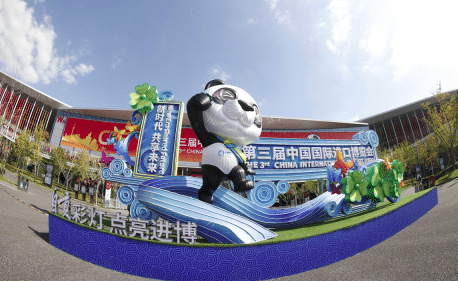 Venezuela reiterated to China its willingness to continue strengthening strategic commercial alliances, this in connection with the inauguration this Wednesday of the III China International Import Exhibition (CIIE) in Shanghai, to share investment opportunities with the world and cultural exchange.

Venezuela participated, via video conference, in the opening ceremony of the CIIE through the Executive Vice President of the Bolivarian Republic of Venezuela, Delcy Rodríguez, who, along with the Ministry for Tourism and Foreign Trade’s Vice Minister of Investment, Guillermo Lara, from the headquarters of the Vice Presidency in Caracas, she followed up on the opening ceremony of the exhibition led by the President of China, Xi Jinping, according to a report by Venezolana de Televisión.

Rodríguez agreed with the Chinese president on a common future of nations, based on solidarity, cooperation and shared benefit.

In her twitter account  she posted: “An honor for me to have participated in the virtual inauguration of the III China International Import Expo. Venezuela shares the words of President Xi Jinping on the common future of nations, based on solidarity, cooperation and shared benefit.

RELATED CONTENT: Does Moscow Want a Biden or Trump Victory? For Russia, it Really Makes no Difference who Wins the US Election. Here’s why

This event is one of the most important in the world for the exchange and promotion of commercial investment opportunities, published AVN.

Through videoconference, Chinese President Xi Jinping at the opening ceremony highlighted that the CIIE is an international public good to share with the world, while serving as an important platform for international recruitment, investment promotion, cultural exchange and open cooperation, reports the Xinhua agency.

“It demonstrates the country’s sincere desire to share its market opportunities with the world and contribute to the global economic recovery,” the Chinese President stressed.

He reported that the event incorporated a public health and epidemic prevention zone that attracts many corporations on the Fortune Global 500 list and leading companies in the sector.

Featured image: A photo taken outside of the National Exhibition and Convention Center (Shanghai) shows the mascot of the 3rd China International Import Expo (CIIE). The CIIE kicked off on Wednesday. Photo:cnsphoto