The cyber-attack against the Banco de Venezuela system, which put the bank out of service since September 15, came from the United States, informed the Executive Vice President of Venezuela, Delcy Rodríguez.

At a press conference in the Simón Bolívar press room of the Miraflores Palace on Wednesday, September 22, the Venezuelan vice president reported that since September 15, the Banco de Venezuela has been the victim of a series of computer attacks that tried to degrade the operation of its computer system, and these attacks originated in the United States.

She also specified that, according to the preliminary results of the investigation carried out by the Venezuelan government, the origin of the “terrorist” maneuver was recorded in the IPS system that is intended to protect the integrity of the computing platform from intruders. She added that this action was intended to “degrade the natural functioning of the bank and to attack its brain.”

As President Nicolás Maduro also specified on Tuesday, Rodríguez explained that a series of cyber-attacks on the technological platform since September 15 also sought to attack the 100% digital economy model of the government, and with this delay the start of the Digital Bolívar project scheduled to begin operations by October 1.

Se asserted that there is evidence of the attack, which has not yet been presented to public opinion so as not to disturb the investigation process; but that in the next few days they will be shown with great forcefulness. 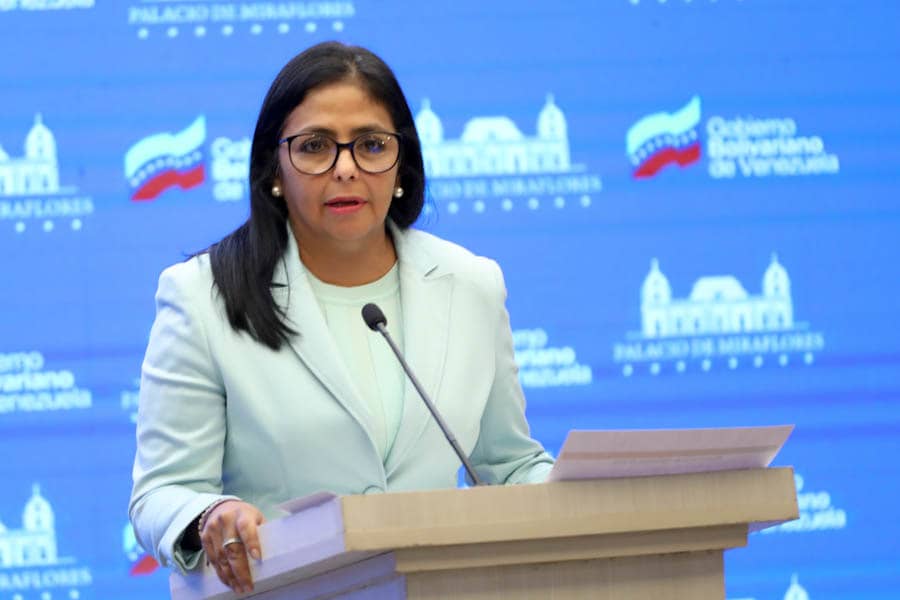 Why was the service suspended?
For 5 days, the users of the national bank could not access its services. Regarding this, the vice president explained that upon detecting the irregularity in the platform, the BDV’s computer system “decided to protect itself and suspended the bank’s services.” This action led to the start of a 130-hour process to “safeguard security, processing and storage mechanisms.”

“This attack saturated the memory system, compromising the operations in progress that day (September 15),” she explained further. “Fortunately, thanks to the employees of the Banco de Venezuela, today 90% of the operations carried out on September 15 are registered.”

The suspension of the service occurred so that the bank’s data and the users’ funds could not be stolen, stressed Rodríguez. The government has also formed a high level technological commission to protect the bank’s system.

The Minister of Science and Technology, Gabriela Jiménez, also present at the press conference, clarified that on September 15, as attacks increased to a critical level, affecting the central services of the bank’s computer, the operations at the end of the day began to show failures. Then, a data closure and recovery process was carried out for 130 hours. With this response, the integrity of the bank’s customer data and the banking security platform could be maintained.

What can customers do to make claims?
Vice President Delcy Rodríguez announced that on Friday, September 24, Saturday September 25, and Sunday, September 26, the Banco De Venezuela agencies will be operational in the national territory “in case there are any claims by customers in relation to the operations.”

She also informed that the number 0800-MICLAVE (0800-6425283) is available for customers to make enquiries and claims related to the banking operations of September 15.