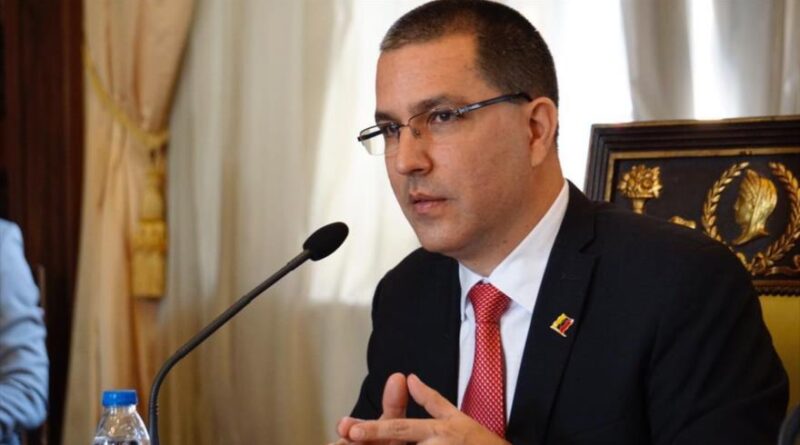 Venezuela assures that the new US government continues to repeat the “irresponsible” rhetoric of the Donald Trump Administration regarding the South American country.

In a press conference held on Monday, the spokesman for the US State Department, Ned Price, said that Washington wants to help the Venezuelan people to get out of the crisis that they are experiencing due to the government of Nicolás Maduro.

” It seems unbelievable, the spokesmen for the [US] State Department continue to repeat the same irresponsible speech of the Administration [of former US President Donald] Trump,” Venezuelan Foreign Minister Jorge Arreaza said in a message published this Thursday on Twitter.

The head of Venezuelan diplomacy stressed that Price made those statements while the US itself already recognized that its “criminal sanctions” cause harm to the whole people of Venezuela.

Arreaza has referred to the report of the US Government Accountability Office (GAO), where it accepted that Washington’s embargo against the Bolivarian nation has affected the country in various sectors, especially the economic one.

The tensions between Washington and Caracas worsened during Trump’s regime. In addition to providing his unconditional support to Juan Guaidó, the self-proclaimed “interim president” of Venezuela, Trump imposed a stronger economic, commercial and financial blockade against Venezuela to try generating social conflict.

Although, since his arrival in power on January 20, US President Joe Biden has canceled some restrictions imposed by Trump against the South American country, Biden has also said that he does not recognize the mandate of Venezuelan President Nicolás Maduro, and supports Guaidó.

The Venezuelan authorities, in addition to denouncing the coercive measures of the United States, imposed to generate popular discontent and overthrow the government of the Chavista leader, emphasize that they are willing to lay the foundations for dialogue and understanding between the two countries.