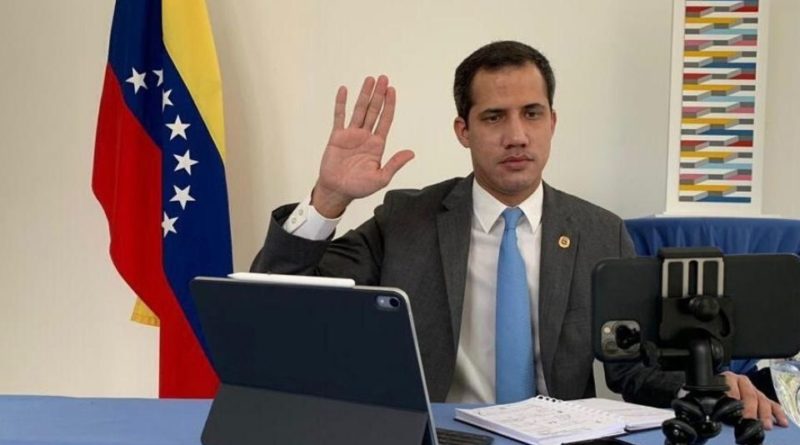 Pro-Guaido lawmakers and diplomats will take nearly a third of an $80 million “Liberation Fund.”

Santiago de Chile, April 23, 2020 (venezuelanalysis.com) – Venezuelan opposition legislators have awarded themselves a monthly salary of US $5000, the Associated Press reported on Thursday.

Two opposition deputies and three aides to opposition leader Juan Guaido confirmed the salaries on condition of anonymity, concerned that the disclosure could cause further rifts in the anti-Chavista ranks.

The payout provision was secretly tucked into a bill passed (irregularly) last week by lawmakers loyal to Guaido, which establishes a $80 million “Liberation Fund” to provide healthcare workers combating the coronavirus pandemic with US $100 bonuses for three months.

Around 60,000 healthcare providers will reportedly qualify for the monthly benefit, which will be transferred electronically via a dubious digital platform managed by the Organization of American States.

It is unclear how the beneficiaries will be able to access and spend the bonuses, as most monetary transactions in Venezuela involve physical dollar payments or electronic payments in bolivars.

When announcing the plan last week, Guaido did not, however, divulge that $13.6 million, or 17 percent of the fund, is earmarked for “the defense and strengthening of the national legislative power and the social protection of its members”, which will be paid retroactively since January 2020.

Guaido proclaimed himself “interim president” in January 2019 and was immediately recognized by Washington, which imposed an oil embargo and moved to freeze an estimated $11.6 billion in Venezuelan state assets in the US, including bank accounts as well as Venezuelan national oil company PDVSA’s US-based subsidiary, Citgo.

RELATED CONTENT: How are Poor Venezuelans Resisting the Economic Crisis?

According to AP, the “Liberation Fund” will be financed via funds frozen in US-based Venezuelan government accounts.

The Trump administration recently moved $342m belonging to the Venezuelan Central Bank (BCV) from a frozen Citibank account to an account at the New York Federal Reserve. The Guaido-led opposition reportedly “approved” the measure, which the BCV called “plunder.”

AP reports that an additional 11 percent of the $80 million allocated will cover the expenses of diplomatic staff in countries that recognize Guaido, while other funds will be dedicated to communications outreach and legal cooperation abroad.

The plan likewise contains a provision to include substitute opposition lawmakers on the $5000 monthly payroll.

Nonetheless, it remains to be seen how many legislators in the opposition-controlled National Assembly will receive the salaries.

Guaido lost the presidency of the National Assembly in January following a split in the opposition. He proceeded to set up a parallel parliament composed largely of substitute and exiled legislators, which retains support from the US, regional allies, and the European Union.

The dissident opposition faction currently at the helm of the National Assembly under President Luis Parra, as well as pro-government legislators, will very likely be excluded from the payout. Parra and other opposition figures were sanctioned after breaking ranks with Guaido in January.

Guaido has yet to gain access to the $80 million, which the Trump administration must reportedly approve by granting a special license access to a five-member commission.

Washington has repeatedly dispensed funds to the Venezuelan opposition, including $98 million in October and $52 million in September of last year.

The Venezuelan opposition under Guaido was dogged by corruption scandals in the second half of 2019. The opposition leader’s envoys to Colombia were revealed to have embezzled hundreds of thousands of dollars of “humanitarian aid” destined for deserting soldiers, while corruption allegations hang over the opposition’s management of a Venezuelan petrochemical subsidiary in Colombia. Guaido also came under fire after photos surfaced showing him posing alongside notorious Colombian drug lords Los Rastrojos.

A few hours after the AP piece was published, the “Centro de Comunicacion Nacional” posted a statement on Twitter trying to clarify the allegations but in the end, admitting the payments are not necessarily a salary but other emoluments.

To make some additional “clarifications”, anti-Chavista politician William Davila admitted on a video today that there have been talks for weeks on an stipend or aid between 3000 and 5000 US dollars a month for each anti-Chavista deputy or substitute deputy.

The truth is that even the anti-Chavista base is seeing these new scandal surrounding Guaido’s virtual government -in the mist of a terrible inflationary crisis affecting Venezuelans in recent days- as new evidence of how disconnected and lacking in support the US regime change operation using Guaido is.