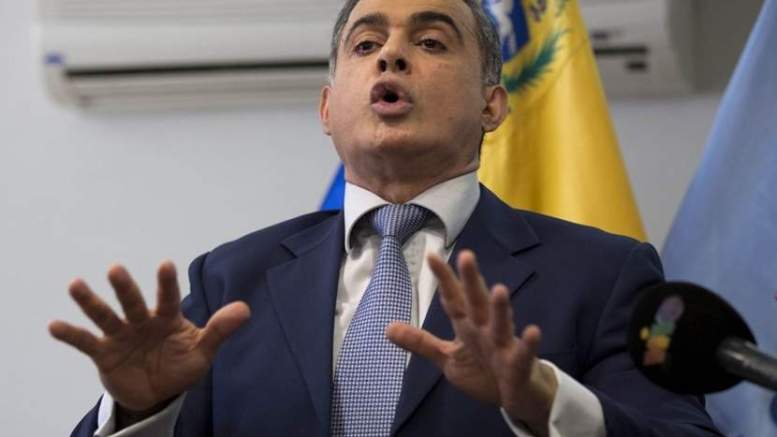 Venezuela is in shock from the death of navy captain Rafael Acosta Arevalo. Retired ten years ago from the Bolivarian National Armed Force (FANB), Arevalo was in the custody of the General Directorate of Military Counterintelligence (DGCIM) under investigation for his alleged participation in a coup plan disclosed by Communications Minister Jorge Rodriguez. The former officer had been detained on June 21, his death took place “while being presented to a tribunal hearing,” according to an official statement released by the National Government on June 29.

The exact reasons of Arevalo’s death have not been explained yet. His wife and lawyer claim he was tortured at the DGCIM headquarters, resulting in his death. Attorney General Tareck William Saab then ordered the preventive detention of a lieutenant and a second sergeant assignment to the DGCIM who were charged with manslaughter.

Arevalo, aka Gonzalo his code name in the coup plot, was allegedly in charge of seizing fifteen armored cars belonging to Venezuela’s Central Bank which would be subsequently used to assault the Bolivarian National Intelligence Service (SEBIN) and Miraflores Presidential Palace. The information was explained by Arevalo himself in video recordings presented by Minister Rodriguez. Together with other members of the frustrated coup, the former captain gave details of the coup planned for June 23-25. Minister Rodriguez explained that the communications were being intercepted throughout 14 months by Venezuelan counterintelligence services. Another three retired military officers and two former sheriffs of the Scientific, Penal, and Criminal Investigative Police were also arrested together with Arevalo.

RELATED CONTENT: Lima Group Takes Out the Opposition and Includes China and Russia

The case of the former navy captain caused public reactions in a context marked by two major political developments: the dialog attempts with the opposition and a report that will be released by the United Nations High Commissioner on Human Rights, Michelle Bachelet.

Regarding the talks, Juan Guaido affirmed the opposition delegation, who met days before with the U.S. Special Representative for Venezuela, Elliott Abrams for his marching orders, would not attend any upcoming meeting. The self-proclaimed said his absence was due to Arevalo’s death and he did not approve of a new possible rapprochement amidst efforts that led to two meetings in Oslo, Norway, and which were backed by most of the international countries involved in the process except the United States.

Meanwhile, Nicolas Maduro said last Tuesday that there will be “good news in the coming weeks about the positive progress of the process of contacts, negotiations and pre-agreements with different sectors of the Venezuelan opposition.” He had already commented days before that there would be good news, indicating that rapprochement has continued behind the scenes.

Bachelet in turn expressed her “deep concern” about the case and stated: “I am shocked by the alleged torture of Captain Acosta Arevalo, and that his treatment in custody may have been the cause of his death… I urge the authorities to conduct an in-depth investigation.”

The High Commissioner visited Venezuela the week before Arevalo’s death. She had been invited by the Government to meet with the different bodies, such as ministries, public powers —Attorney General, Supreme Court of Justice, National Constituent Assembly, the Ombudsman—, and President Maduro, as well as with the National Assembly, Guaido and civil society organizations.

Her final report is expected to be released on Friday, July 5. The opposition are planning a march that same day —when Venezuelans commemorate their Independence Day— in Caracas, from the offices of the U.N. Development Program up to the DGCIM headquarters. The Right is confronting a marked trend of lack of ability to mobilize its militants. In one of his latest calls to action in Caracas on May 11, Guaido was backed by about 2000 people. The last gathering took place during Bachelet’s visit and he did not reach that number who showed up.

The opposition is hoping that Arevalo’s death will be a spearhead to get rank and file numbers back to the streets. This is not the only case shocking the country; last Monday afternoon, Rufo Antonio Chacon, a teenager lost his two eyes due to pellets shot by a member of the Tachira state police —which is under the direction of the opposition local government despite being denounced by the National Government about its mistreatment of its citizens. The Attorney General announced that two officers were arrested in connection with this case and that they will be “firmly punished.”

Besides the cases of Arevalo and Chacon, other events have occurred such as an explosion in an electrical substation in western Zulia state, the fake announcement of a riot inside DGCIM headquarters, all of these events are a scenario leading to troubled waters. They are occurring in a context of a coup d’état under way by Guaido and backed by the U.S., with a major action last April 30 together with several other violent operations frustrated by intelligence services. The latest coup plan, among other tools, counted with 300 Israe urceli mercenaries organized to assassinate President Maduro and key Chavista leaders, that was denounced by Minister Rodriguez.

In the meantime, U.S. State Secretary Mike Pompeo phoned Guaido to reaffirm his “unwavering” support and to congratulate him for Venezuela’s Independence Day. Time is speeding up in Venezuela once again.