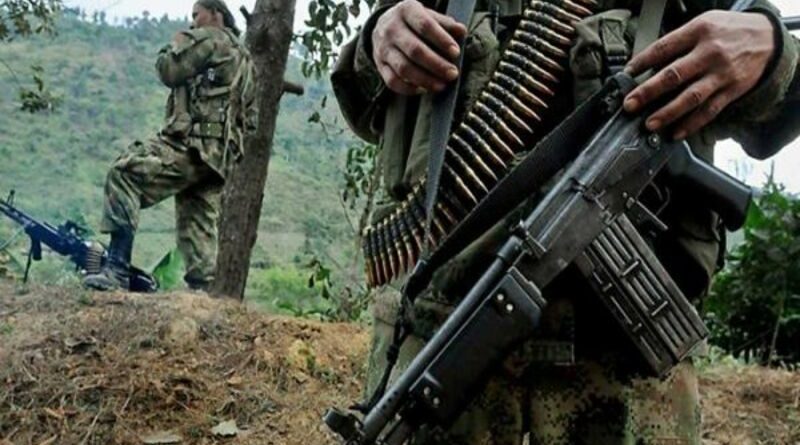 Venezuelan authorities captured a member of the Colombian paramilitary group Los Rastrojos, in the border state of Táchira (west), said the inspector of that region, Freddy Bernal.

“We continue in battle against the mafias! In the García De Hevia municipality, a paramilitary observation post was located on a trail that leads to Río Grita, capturing Sauro Jesús Batista Rivera, aka El Negro, Colombian, a member of the Los Rastrojos paramilitary group, ” Bernal said on the social network Twitter .

The official explained that at the time of the arrest Batista Rivera was carrying ammunition, clothing of the Colombian military forces and a notebook with information on that paramilitary organization.

On September 12, Bernal said that in more than a month 19 Colombian paramilitaries have been killed in clashes with Venezuelan state security forces.

The Government of Venezuela began military exercises on the border with Colombia on September 10, which will run until next 28 of this month, 150,000 security and military personnel have been deployed.

These exercises began after President Nicolás Maduro denounced that in Colombia a false flag operation was being planned to provoke an armed conflict on the border between the two countries.

Similarly, the Venezuelan Prosecutor opened a criminal investigation against the self-proclaimed “president in charge” Juan Guaidó, for his alleged involvement with members of the Colombian paramilitary group Los Rastrojos.

On September 11, the president of the National Constituent Assembly, Diosdado Cabello, revealed some photographs of Guaidó with leaders of Los Rastrojos , allegedly taken on February 22, the day the Venezuelan deputy went to Colombia to participate in the concert Venezuela AID Live and lead the “humanitarian aid” step to Venezuela.

Guaidó, who after proclaiming himself “president in charge” on January 23 and receiving the support of 54 countries, traveled to Colombia, despite having court restrictions to leave Venezuela.

During his visit to that country, the opposition had ensured that humanitarian aid for the population would enter the country by any means, despite the refusal of President Nicolás Maduro that consider it a military operation aiming at creating an arm confrontation.

However, this never happened and there were clashes between protesters and Venezuelan security forces on the border .