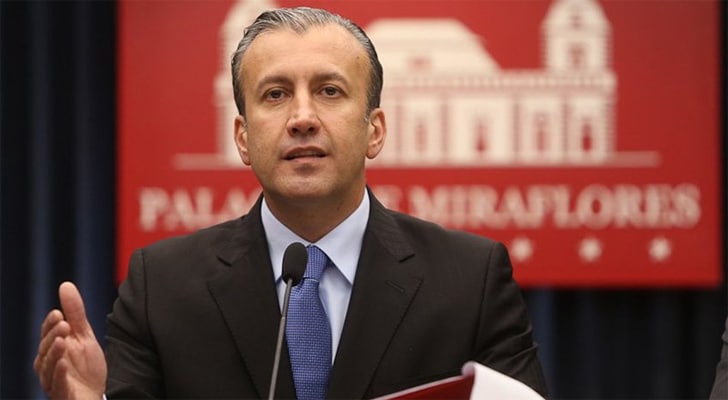 Venezuelan Oil Minister, Tareck El Aissami, announced on Friday that he had tested positive for Covid-19. “Today I start my isolation with all medical protocols after being tested positive for Covid-19. A new battle that I assume clinging to God and life,” the Venezuelan Oil Minister posted through his twitter account @TareckPSUV.

In his message, El Aissami made reference to a fragment of the song “I don’t change you” by the Mexican composer Alejandro Filio: “… the game is only momentary, I am not writing ‘goodbye’ to you. Venceremos!”

Moments later, the Venezuelan President, Nicolás Maduro, expressed his solidarity with El Aissami. “Be strong brother Tareck! A new battle that you will win with the divine light of God. Now to comply with all the treatments and the recommendations of the doctors so that you recover soon. For health and life: We will win.” wrote the Venezuelan president on social media.

On Thursday night, the president of the Venezuelan National Constituent Assembly (ANC), Diosdado Cabello, and the governor of Zulia state, Omar Prieto, reported they tested positive for Covid-19 and are receiving treatment.

The announcement provoked tens of thousands of messages of solidarity and support through social networks, with labels such as #VenezuelaConDiosdado that became trending topics on Venezuelan twitter for several hours.