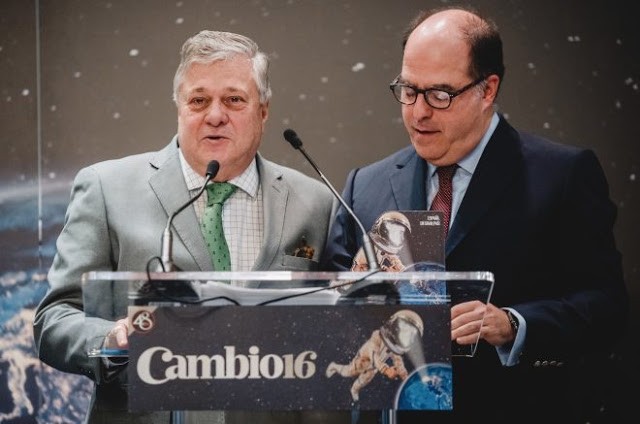 The head of this corporate desk, Javier Cremades, is presented as the defender of Leopoldo López, although his professional performance is not the criminal area, and was the one who announced in July 2017 the measure of “house for jail” in favor of the founder of the Popular Will (Voluntad Popular) Party. Jorge Neri and his brother Francisco are the representatives of EIG Multimedia, a Luxembourg company that in 2014 took control of the “epic” magazine of the Spanish Transition “Cambio16”, in an opaque operation that has been a journalistic and financial failure.

In addition to this balance, the takeover of Neri brothers has resulted in the conversion of the magazine into an enclave of the Venezuelan opposition in Spain, as seen in the awards ceremony “Cambio16 2018”, and in a consolidation of the relationship with Javier Cremedes.

Its public link with PDVSA is through the public relations firm Sinergia Total, which executed, in 2012 alone, 94 contracts. However there is an email sent in 2011 by Alfonso de León, from AXOM, where he says that Jorge Neri is personal financial advisor to Ramírez, according to “Diario 16”.

The information obtained by Spanish media is that the digital version of Cambio16 is made in Caracas, which can be supported by the frequent requests for journalists by Sinergia Total and with offers of payments equivalent to 100 dollars per month.

Likewise, a source familiar with the organization said that Sinergia Total is the platform service provider for the stages used during street events with Juan Guaidó and the opposition in general.

A preliminary conclusion indicates that a substantial part of the funds for the conspiracy against Nicolás Maduro comes from corruption within the Opposition network and that Cremades will not even attempt to freeze the assets of the Neri brothers.