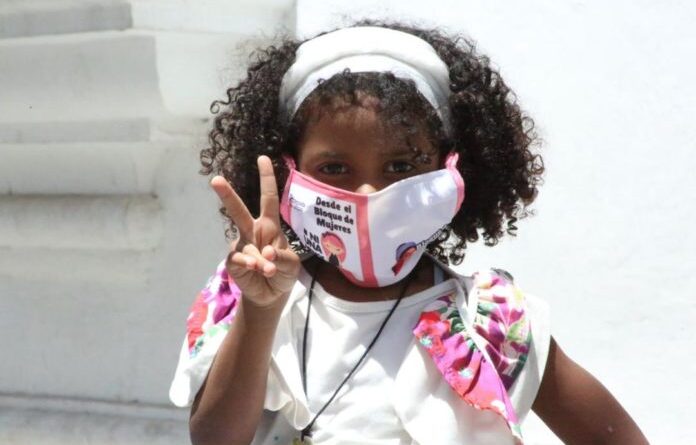 On Sunday, May 23, Venezuelan Minister for Communication and Information, Freddy Ñáñez, informed that in the last 24 hours 1,293 new COVID-19 cases were reported in Venezuela, of which 1,291 were community transmissions and 2 were imported cases.

Ñáñez informed that the state with the most infections is Zulia, with 299 cases in 16 of its 21 municipalities. 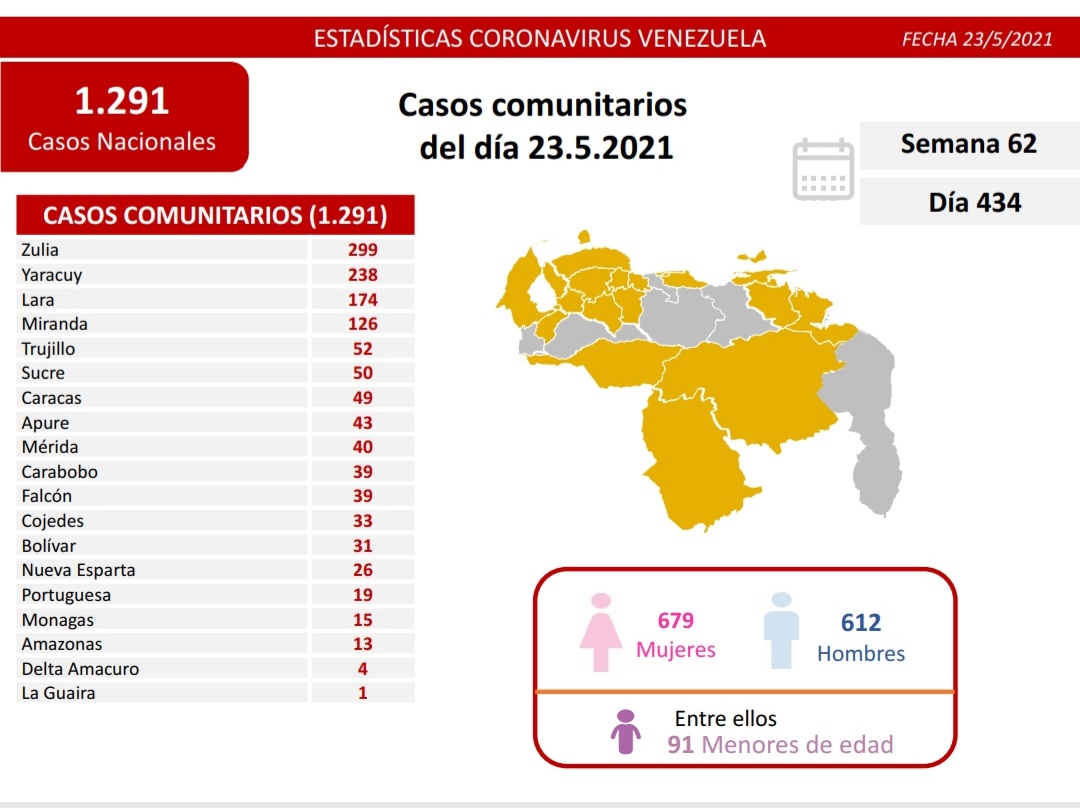 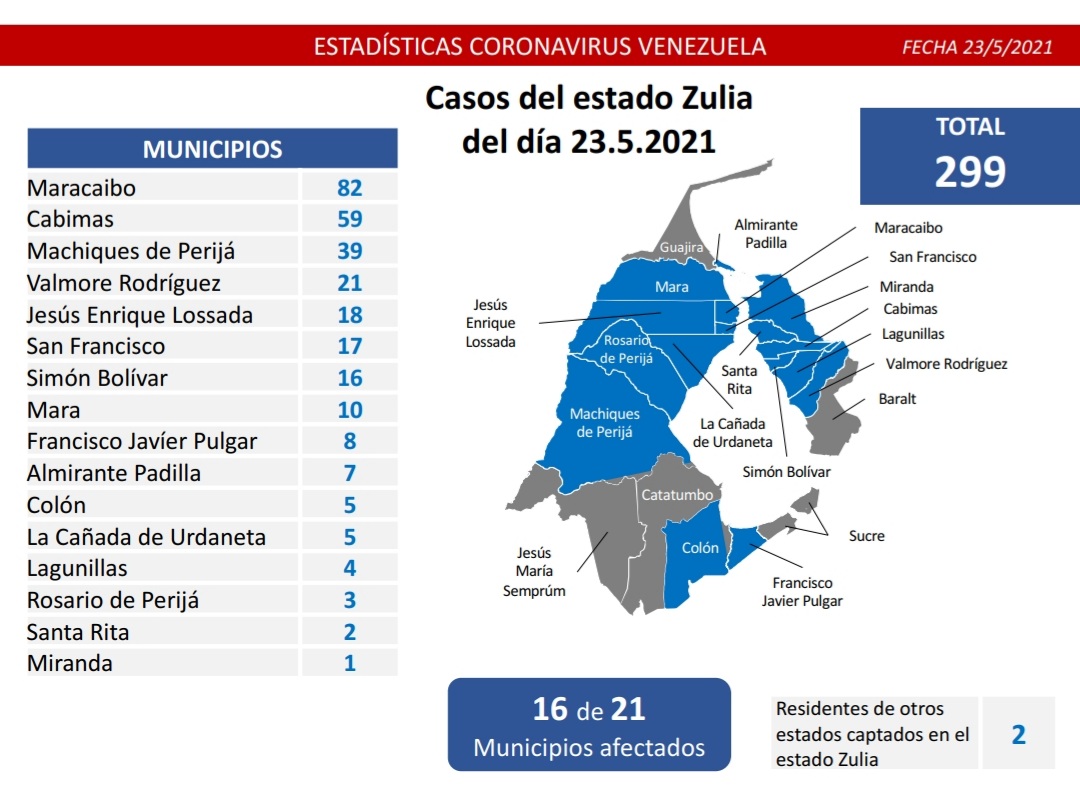 Regarding imported infections, he specified that one is from Spain and the other one from Ecuador. 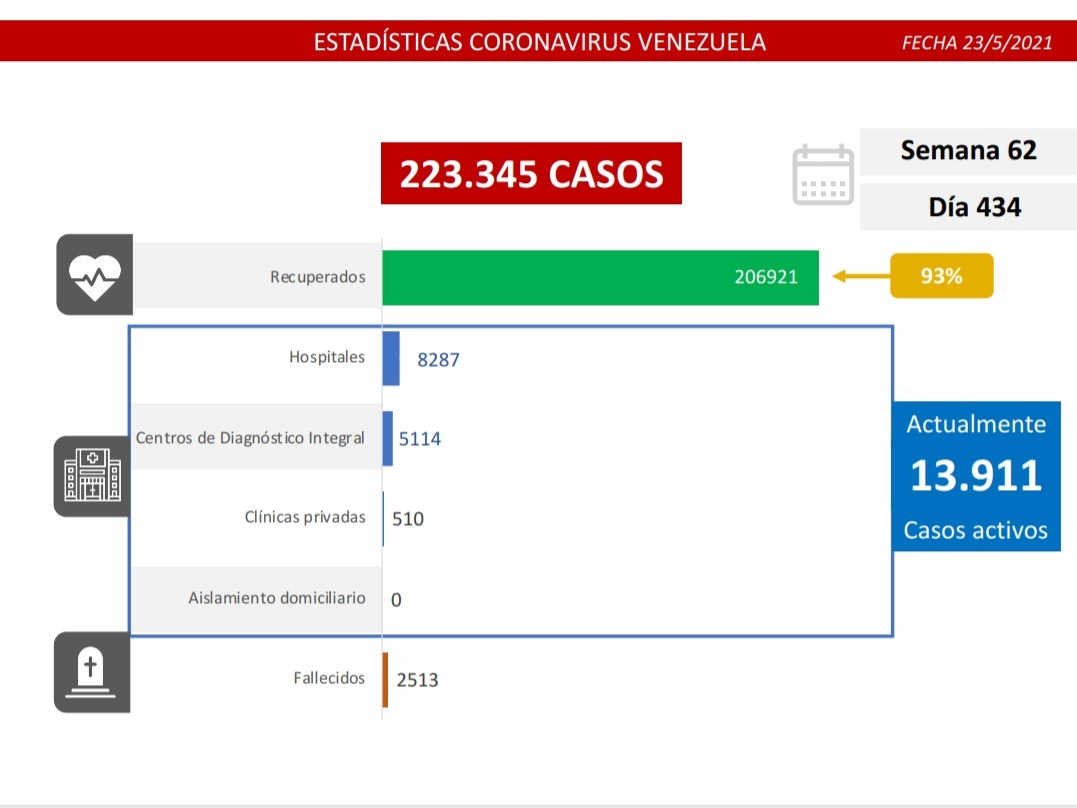 Venezuela reached a total of 223,345 confirmed cases, of which 206,921 people have recovered, representing a recovery rate of 93%. At present 13,911 cases remain active. Of them, 13,401 are being treated in the public health system and 510 in private clinics, the minister reported. The total number of deceased in the country is 2,513.