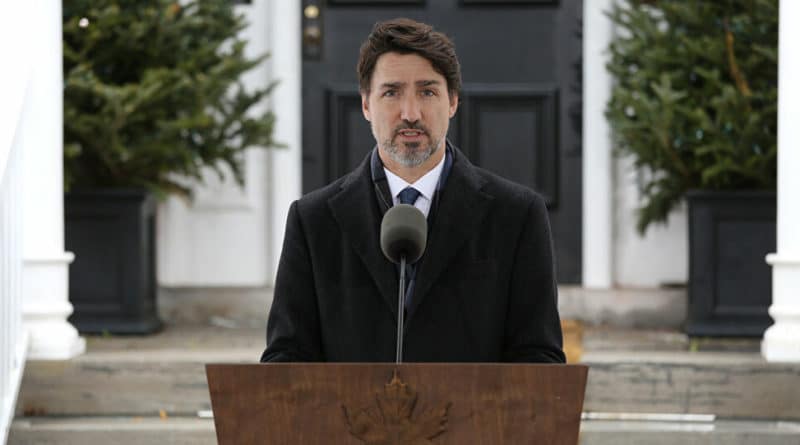 Over 20 US states have activated the National Guard to stop the ongoing violent protests that hit the country a week ago after the police killing of African American George Floyd in Minneapolis.

Canadian Prime Minister Justin Trudeau seemingly had a hard time addressing US President Donald Trump’s response to the continued violent protests across the country. When a journalist asked Trudeau about Trump’s call for military action, noting that the Canadian politician has been “reluctant” to comment on the situation, the PM had to take a 21-second pause before answering.

Watch: Canadian Prime Minister Justin Trudeau paused for 21 seconds when asked about U.S. President Donald Trump and the use of tear gas against protesters to clear the way for a photo opportunity https://t.co/6COD1UxZml pic.twitter.com/l1F6f7AxPB

​”We all watch in horror and consternation what’s going on in the United States. It is time to pull people together, but it is time to listen. It is time to learn what injustice is, and it continues despite progress over years and decades”, he responded during his daily press conference on Tuesday “But it is a time for us as Canadians to recognise that we, too, have our challenges that Black Canadians and racialised Canadians face discrimination as a lived reality every single day. There is systemic discrimination in Canada, which means our systems treat Canadians of colour, Canadians who are racialised differently than they do others”.

While some social media users claimed that Trudeau was “left speechless” by the US president’s actions, others said he had “refused to criticise Trump”.

The unrest in the US erupted after African American man George Floyd died in Minneapolis police custody on 25 May. A video of his arrest posted online shows Derek Chauvin, a white police officer, pressing his knee on Floyd’s neck for nearly eight minutes, while the man says he can’t breathe, until passing out and later dying at a hospital. Following Floyd’s death Chauvin was charged with third-degree murder and manslaughter, while a total of four officers were fired.