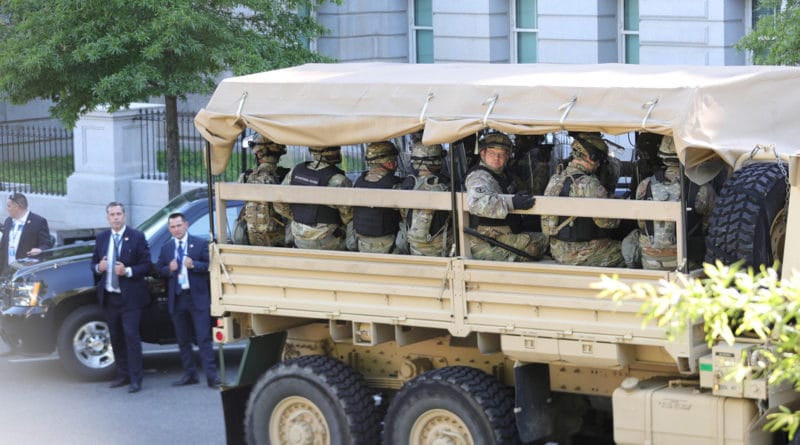 Donald Trump announced on Monday a large-scale deployment of “thousands upon thousands of heavily armed soldiers, military personnel and law enforcement officers” to quell the protests shaking the United States.

Speaking to journalists at the Pentagon, Esper said active duty troops should be used “only in the most urgent and extreme situations .” “We are not in one of those situations right now,” he added.

In addition, the secretary strongly criticized the actions of the Minneapolis Police and called the murder of George Floyd a “horrible crime” , reports the AP agency.

The senior military official also regretted having used the expression “battle space” to describe the areas affected by the protest.

US President Donald Trump threatened Monday to deploy the Army if states and cities fail to stop the unrest that is shaking the country over the death of George Floyd.

In doing so, Trump invoked the Insurrection Act of 1807, a federal law that allows him to deploy troops on U.S. soil to suppress civil disorder, insurrection, and rebellion. The law was last invoked during the riots over the brutal assault on Rodney King in 1992 in Los Angeles.

This Tuesday, the US Department of Defense has transferred some 1,600 US Army personnel to the surroundings of the city of Washington. The move came a day after Trump announced the massive deployment of ” thousands upon thousands of heavily armed soldiers , military personnel, and law enforcement officers,” with the goal of ending the protests of hundreds of thousands of US citizens tired of the culture of racism in that country strugling to defeat Covid-19.