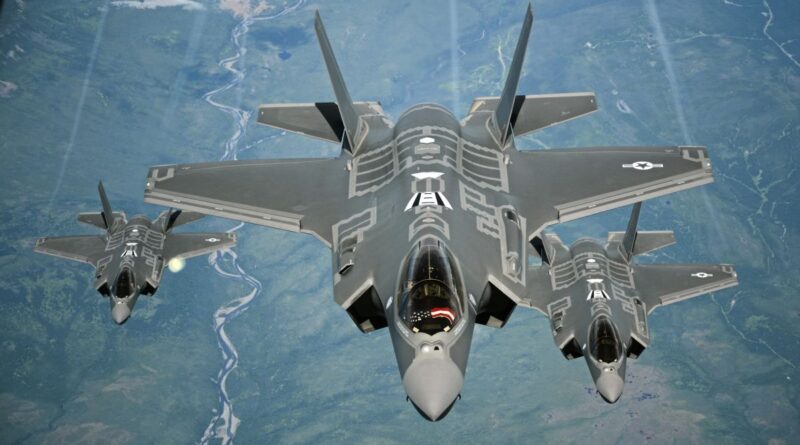 If we’re serious about stopping impending climate disaster, we have no choice but to radically rein in one of the world’s worst polluters: the US military.

United Nations Intergovernmental Panel on Climate Change (IPCC) report released this week confirmed the dire situation we have long feared for our planet: as a result of nations failing to take climate action, it is now certain that global warming and its extreme weather consequences will intensify over the next thirty years. It’s “code red” for humanity, said UN secretary-general António Guterres, responding to the report.

It’s hard to overstate the extent of the climate crisis. According to the UN report, the next thirty years will almost certainly see 1 billion people worldwide subjected to life-threatening heat waves. Hundreds of millions will be affected by severe droughts. Whether the future will be even worse will depend on whether the temperature rise can be capped at 1.5 degrees Celsius.

While many are to blame for the inaction that has brought us to this point, one perpetrator in particular must be immediately reined in: the US military-industrial complex.

The US military is the single largest industrial consumer of oil and gas and one of the largest polluters in the history of the world. According to a Brown University report, between 2001 and 2019, the US war in Afghanistan caused the emission of 1.2 billion metric tons of greenhouse gases and resulted in deforestation and the toxic burning of munitions.

It’s not just US military operations. The United States is responsible for 37 percent of the global arms trade. During the fiscal year (FY) 2020, US weapons manufacturers sold foreign countries over $175 billion in arms, 24 percent of which went to Saudi Arabia.

RELATED CONTENT: With Earth on Edge, Climate Crisis Must be Treated Like Outbreak of a World War

The US-supported Saudi Arabia–led war in Yemen has resulted in a humanitarian crisis so great that a child under the age of five dies every ten minutes in Yemen from malnutrition. In addition, since the start of the war in 2015, an unmaintained tanker filled with over a million barrels of crude oil has been parked four miles north of Yemen’s blockaded port of Hodeidah. The tanker is now seriously deteriorated from rust and at risk of exploding. According to Greenpeace, if the tanker does explode, its impact will be four times greater than the 1989 Exxon Valdez oil spill.

Like with arms sales to Saudi Arabia, US arms exports to Israel are exacerbating a crisis. During the fiscal year 2020, the US exported $441 million in weapons to Israel. During Israel’s May 2021 eleven-day military attack on Gaza, not only were over 250 people in Gaza and thirteen in Israel killed, and another forty thousand people in Gaza displaced, but explosive weapons hit Gaza’s largest store of pesticides and the Gaza Foamco Factory, which stores hazardous chemicals.

Rather than assist the besieged Gaza strip with aid for needed infrastructure like sewage treatment — 97 percent of the water in Gaza is unfit for human consumption due to contamination — the Biden administration responded to the May 2021 war by announcing its approval of the sale of an additional $735 million in munitions to Israel. Two months later, the State Department approved a $3.4 billion sale of weapons to the country.

Many hoped that Joe Biden’s election would bring decreases in US arms sales and military spending. But the Biden administration’s proposedbudget for the fiscal year 2022 is $753 billion, a 2 percent increase from the previous fiscal year.

Amid Biden’s proposed FY 2022 budget are $2.6 billion for intercontinental ballistic missile systems, $5 billion for a new nuclear missile submarine, $3 billion for B-21 bombers (which consume about as much fuel in an hour as the average car uses over seven years), $15.7 billion for nuclear weapons programs, and $12 billion for F-35 Joint Strike Fighter jets.

According to the Norwegian newspaper Dagsavisen, the F-35 fighter jet consumes 60 percent more fuel than its predecessor the F-16 and has been plagued with problems. Between 10,000 pounds of combustible material and 2,700 pounds of jet fuel, an F-35 crash will result in an inferno of greenhouse gas emissions.

A fact sheet on Biden’s FY 2022 budget released by the White House in April states that the proposed Pentagon budget “prioritizes the need to counter the threat from China as the department’s top challenge” while also claiming it supports “efforts to plan for and mitigate impacts of climate change.” But these two aims are contradictory. Although China’s spending on its military has increased by 76 percent over the last decade, it has 4.35 times the population of the United States, and in 2020, it spent $252 billion on its military. The United States spent $778 billion.

To address the code-red climate situation outlined in the new UN climate report, the United States must cooperate rather than compete with and combat China. To prevent even worse catastrophic outcomes than those already in store for us, the United States must resolve the conflicts we are already in and cease creating new ones. We must decrease our military spending, close our military bases, and stop selling arms, especially to countries actively causing and exacerbating humanitarian and environmental crises. Our lives and our planet depend on our ability to make peace. 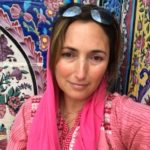