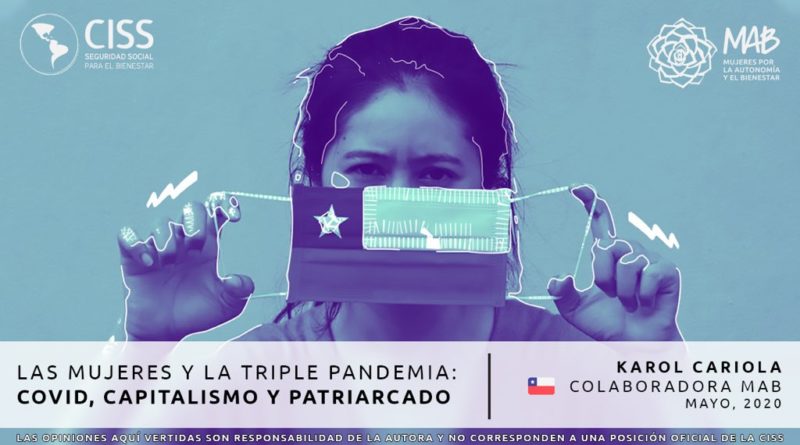 These are difficult times to be a woman, a working woman who faces the need to bring bread to the table in contexts of disappearing jobs and areas mandated to confinement.

2020 Without a doubt, the reality of Covid-19 has hit us all, we are facing a pandemic that has turned governments around the world upside down, with not a few setbacks like the one we have seen in the United States with Donald Trump and in Brazil with Jair Bolsonaro.

However, despite the temptation to think that “the virus does not discriminate and therefore will affect everyone equally,” as Judith Butler well pointed out, humanity and its permanent reality will ensure that this discrimination occurs. The virus reveals – for those who have not seen it – or accentuates aspects of our lives, asymmetries and inequalities that were already present in the frameworks of global and neoliberal capitalism – no less pandemic than the virus – of the last decades (1).

Today, in this context, it is up to Chilean women to face the conditions of the pandemic. In the framework of the crisis of the neoliberal order, in which said model cannot fail to show its contradictions (2) such as hitting women with lower wages, with more hours dedicated to unpaid work, care and other domestic chores, but now in a context of crisis, loss of job sources and, many times, when quarantines are decreed, in confinement and overcrowding conditions that have brought as a consequence that “calls to 1455, which is the orientation number that the The Ministry of Women and Gender Equity registered an increase since the quarantine began” (3) or even in some specific places, increases of up to 500% as denounced by the mayor of a metropolitan commune in Santiago (4).

But there is also another phenomenon that is not yet sufficiently discussed in the context of the pandemic, but for which we have a history: the impact it will have on the payment of alimony.

This is a topic that we have discussed and debated a lot among colleagues and friends, since the context of the pandemic and home confinement has affected the living conditions of our people. Overcrowding, uncertainty, fear, among other things, have generated high degrees of stress in Chilean families, especially in working class women. Since the stage has become a breeding ground for the expression of various forms of gender violence: in some cases, women who have a partner or who have had to live with their aggressor in the same home, living the hellish confinement and at the risk of a women’s aggressor doing something believing that he owns our bodies and our lives. However, it is not necessary to have a partner to be victims of patriarchy.

A concrete example are those who take care of sons and daughters with unpaid alimony and / or older adults impoverished by their low old-age pensions. It is evident and also understandable that if a working father has lost his job in the midst of this global crisis, his material conditions will be affected, but this does not entail the fact that for a “magical” reason mothers can resolve the contribution that parents will stop bringing. It is for this – among other things – that the capitalist system is laid bare, demonstrating the inability to place the right to life and well-being of human beings at the center. Saving the economy and “bailing out” big companies has been the strategy adopted by the right-wing government led by Sebastián Piñera. So protecting the lives of women and their sons and daughters has clearly not been a priority, so much so that the Ministry of Women and Gender Equality during much of this pandemic is without a minister. We have called on the national authorities, through feminist organizations and deputies, to take all necessary measures to provide security and protection to the women who inhabit the national territory. It is clear that Covid-19 is not the only virus that haunts us: capitalism and patriarchy are pandemics that also put our lives at risk.

Certainly these are difficult times to be a woman, a working woman who faces the need to bring bread to the table in contexts of disappearing jobs and areas mandated to confinement, violence that is experienced both indoors and outdoors, but it is to be expected – as the old Eastern philosophy points out – that after these evils good news comes as well. In my case and in my opinion, the greatest good news that women and humanity as a whole can receive is that, after this pandemic, the old neoliberal order of “every man for hmself”, be abandoned by the construction of a new society, collective and humane, where we women free ourselves from the yokes that to this day weigh us down, and let us finally write the history of a new human condition and a new unfolding of life in the world.
Notes 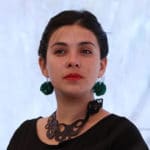 Karol Aída Cariola Oliva is a Chilean feminist midwife, and former president of the Federación de Estudiantes de la Universidad de Concepción for 2010. She was elected General Secretary of the Juventudes Comunistas de Chile in 2011. Currently she serves as Congresswoman representing the Chilean Communist Party.

Karol Aída Cariola Oliva is a Chilean feminist midwife, and former president of the Federación de Estudiantes de la Universidad de Concepción for 2010. She was elected General Secretary of the Juventudes Comunistas de Chile in 2011. Currently she serves as Congresswoman representing the Chilean Communist Party.