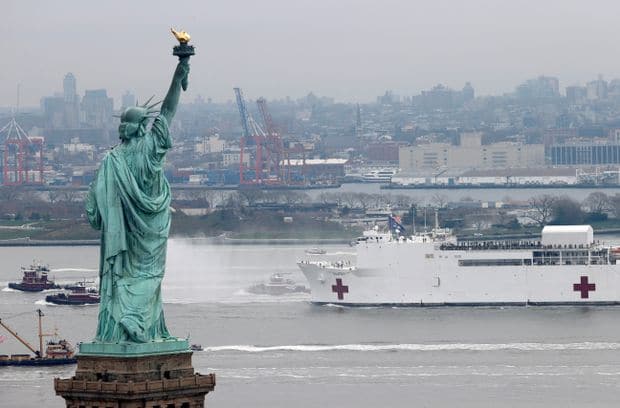 Ymerda Urdaneta, a Venezuelan woman who emigrated to the United States one year ago, specifically to New York City, offered her testimony about what she had to live while she was infected with coronavirus.

Speaking to Venezuelan newspaper Panorama, Urdaneta, a native of the city of Santa Rita (Zulia state), explained that although she was never tested to verify that she was indeed infected with covid-19, she is completely sure that she suffered from the disease.

She commented that on March 10 “I went to work with a cleaning and demolition company in Bronx, in a building that had burned down and there we worked, 40 people, of whom 5 got the virus, thank God everyone survived.”

Four days later the symptoms began: “I started with the general discomfort, at night, in the early morning I got fever and pain throughout my body. At that time I imagined that it could be the virus because I never get fever, and I had it. I was fine and suddenly the fever started, it wasn’t that high, 38 degrees, but with a lot of discomfort and chills.”

She also reported that she had “chills and fever for 6 days. Added to that, the headache appeared, my throat burned a lot, I took a picture of myself and my whole throat was white, then I got diarrhea, I could not smell, or taste and by between 8 and 9 days, I started with the crisis to breathe. I went to the hospital three days after the symptoms, there they listened to my throat, they gave me some pills for the fever, they didn’t test me because I had all the symptoms. They told me: ‘You should go home and only return to the hospital if you have difficulty breathing.’ ”

On the eighth day of presenting symptoms, difficulty in breathing began: “I could neither inhale nor exhale. It was impossible, I was very, very short of breath, they recommended that I turn upside down because that way the lungs would work better, on one occasion, on the ninth day, I went to brush my teeth and I choked, I couldn’t breathe.”

She added that “when I arrived at the hospital they examined me
again, they gave me some pills because I had a fever and they took me for observation because I had difficulty breathing, but I was well oxygenated. They told me to try to be calm and to return to the house because there was too much infection in the hospital.”

Ymerda stressed that despite presenting the symptoms “I never had the test. In the hospital everything is for pay, although here they serve everyone, they do not deny care to anyone.”

The woman from Zulia said that the respiratory problems lasted for five days, during that time she avoided speaking and made efforts to avoid fatigue.

“At that time I was not speaking, I only got up to go to the bathroom, moving as little as possible so as not to make a greater effort,” she said.

She stated that the symptoms gradually disappeared .

“The fever lasted until the seventh day of the virus, the chills also disappeared at that time. After 15 days of beginning to feel the symptoms and after five continuous days with serious difficulty in breathing, it disappeared as if by magic. The only thing that did persist was the lack of smell and taste. The sense of smell came back faster, like in a week, taste took almost a month but gradually came back.”

It is worth noting that this Venezuelan is a survivor of cervical cancer, a disease that afflicted her four years ago.

“Actually Covid-19 is like a flu with the worst part being respiratory distress. Although in truth the symptoms are a little more than usual, but cancer is something else. You can die for both, but cancer is much worse,” she added.