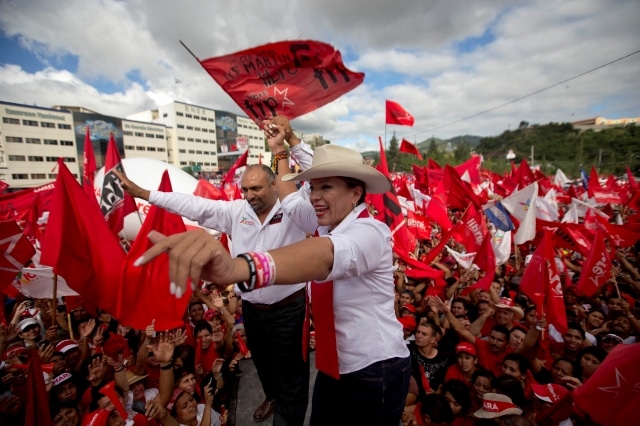 The humiliations suffered by undocumented Central American migrants who try to cross Mexico to reach the United States, seeking to save themselves from the institutional violence of the narco-state, in the case of Guatemala, El Salvador and Honduras, have hurt a lot. The famous northern triangle that is so much present here and there in discourses of politicians, in the discourse of transnational corporations that in exchange for a crumb that they throw from the rocking chair where they rock, placid and pompous; they take the entrails of the land that they are drying, because it is not theirs, it is that of the peoples sullied for centuries.

Corruption-infested, impoverished and violated people who have been forced to emigrate in those great pilgrimages to which the press no longer pays attention because they are our daily bread. Rapes, kidnappings, murders, nothing scares anymore, they are migrants, the last of the last. With the small variant that for the last decade entire families have been migrating, with their children in tow, with tears like a salty sea flowing down their cheeks, burst by the sun. Split lips, bleeding, cracked feet, broken souls.

Honduran women, because of their mulatto physiognomy: solid, robust flesh, broad backs, mare’s hips, are the most exploited in sex trafficking along the migration route. The clandestine graves in Mexico are full of them, because once they are useless, they disappear. And those Central American mothers who cry out year after year, looking for them, will never find them alive. The reality is cruel, but hope is their only encouragement.

RELATED CONTENT: The Libre Party Wants to Return Dignity to the People of San Pedro Sula

Canada and the United States are full of these migrants who go to leave what is left of their loins, in the fields, in the gardens of the large mansions in the northern suburbs, in the masonry, in the maintenance trades: in houses, offices and shopping malls. The last of the last is done by the undocumented Latin American migrant, but it is well known that the Mexican and Central American migrants are the most sought after because they are the ones who perform the best and are paid the least. They are the ones who migrate from the bowels of the slums and inhospitable towns, most of them without knowing how to read or write.

The coup d’état against Manuel Zelaya in 2009 was a blow to the heart of the Honduran people, and we have seen the results: families migrating in large caravans. The narco-state of Felipe Calderón and Peña Nieto made a dent in Central American territory, the unscrupulous scoundrels decided to make Guatemala, El Salvador and Honduras the Central American version of Colombia.

The same story is written over and over again, seas of tears have been shed, the pain as an open wound throbs in living flesh in the memory of migrants who mourn their dead and missing. Raising our voices, having a different ideology, seeking justice, fighting against impunity is not worth our lives. Nor is seeking food, shelter and opportunity.

To those who love that little piece of land: a jícara with atol de pinol, a piece of tender mango with lemon and salt, the fresh water of the rivers, the rumblings of the open sea, the shade of the tamarinds, the wet tile at dawn, the smell of burning firewood, the burning ocote in grandma’s polletón, the hands of the grandfather whose eyesight dried up waiting. To those who dream of reaching the town’s cemetery to flower their dead.

To those who wait with open arms for the return of their loved ones, for the land to bloom, for orange blossoms to perfume the afternoons, for people to walk without fear in the streets of a country that has been brought to its knees by ungrateful children who disrespected the womb that gave birth to them. To those who are waiting for the abortion law, marriage equality, the right to education, health, retirement, agrarian reform. In short, to those who dream of the rebirth of Honduras.

It is not an easy task for Xiomara Castro, but we know that with dignity, love, humility, memory and hard work she will be able to fulfill the responsibility that the Honduran people have placed on her.

The Central American women of the villages, the Central American people, in memory of Berta Cáceres and so many others, we salute Xiomara Castro, hoping that she fulfills her campaign promises, without forgetting the native peoples, the slums, the gender rights that we need so much and the thousands of Hondurans who yearn to return home from the diaspora.