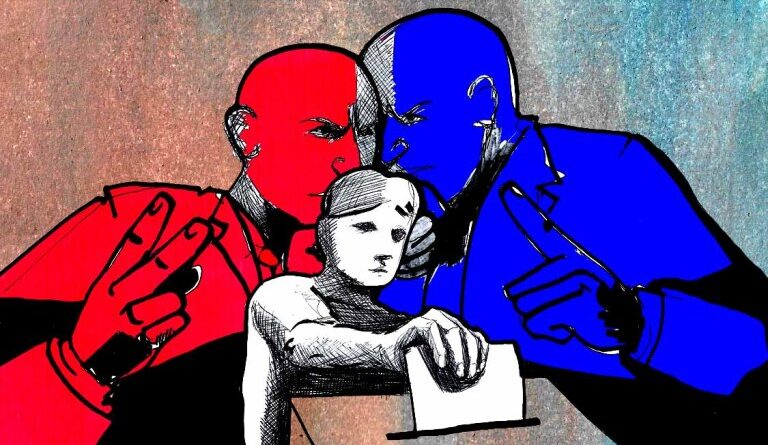 According to the preliminary computation of the Supreme Electoral Tribunal on the results of the 2021 general elections, after 40% of the vote tallies, Xiomara Castro, candidate of the Libre party, obtained more than 53% of the votes, followed by Nasry Asfura, of the National party, with 34%. Nearly 20 points difference that will be very difficult to reverse.

According to Article 236 of the Political Constitution of Honduras, the candidate wins with a simple majority of votes. There is no second round. And presidential reelection is prohibited.

What does the world know about Honduras?
Honduras began to focus international attention for its historical social inequality (about 70% subsist in a situation of multidimensional poverty), for its institutional instability (it was not only the Coup of 2009, but the unconstitutional presidential reelection of Juan Orlando Hernandez, 2017), for the internal violence/migration that places it as one of the most violent countries in the world, despite being occupied by 3 or 4 U.S. military bases. Territorially, the country is barely the size of one of the departments of Bolivia or Peru.

But, for those of us who have the joy of knowing from the inside this land of Lencas, Maya Chortís, Pechs, Tolupanes, Tawacas, Miskitos, Afros and mestizos, the reality is much more than the problems and violence. Honduras is the cradle of hope and popular rebellion in the continent. This was demonstrated last Sunday, November 28, the day of the general elections.

What changes in Honduras with the election results?

Honduras, in its two hundred years of existence as a Republic, has never been governed by a WOMAN. This is not a particularity of Honduras, it is a continental constant.

If Xiomara Castro’s triumph is ratified and accepted, she will be the first President who will govern a country integrated and energized, from the daily life, mostly by women. And women alone, because the country expelled men to the USA as migrants. The challenge is that Manuel Zelaya (her husband, head of the party) and the rest of the former liberals, let her be herself in the management of power.

The country, in its two centuries of existence, has always been governed by two political parties: National and Liberal. Over time, these two parties (bipartisanship) became constituent elements of the identity of Hondurans. As a consequence of the coup d’état of June 2009, in this politically cloudy country, the third most important party in its history was born: Libertad y Refundación, Libre, headed by former President Manuel Zelaya and legitimized by the movement of the National Front of Popular Resistance.

With the triumph of the Libre party, the spell of the bicentennial bipartisanship in Honduras was broken. Although, from the point of view of the native peoples (who in Honduras account for nearly 8%) and of the great impoverished majorities, the three parties are led by landowning families. Zelaya and Libre are ideologically close to the “socialism of the XXI century”, but they are still very far from the horizons of Good Living.

Finally, with the triumph of Libre, 12 years of the coup d’état regime imposed and continued since 2009 is defeated at the ballot box in Honduras. The triumph alone strengthens in the sunken psychology of the great majorities the certainty that it is possible to change the course of history, even defeating our greatest enemy: the fear that inhabits us.

The great challenge of the new government
Composing and organizing the country is the main challenge of the new government. In Honduras there is no real rule of law. The apparent State, co-opted from within by criminal structures and drug trafficking, is one of the causes of the systematic structural violence that expels its inhabitants in constant migratory stampedes. The challenge is to organize and make a State operational.

This implies profound structural changes through an expanded national constituent process. This idea was promoted by the government of Manuel Zelaya and led to the coup d’état in 2009.

Simultaneously with the drafting of the new Political Constitution, the generalized violence must be confronted with comprehensive policies. Hopefully not only with punitive measures, but above all with preventive ones.

Austerity and transparency in public administration will be the credentials of the new government, which will give it sufficient authority to demand the payment of taxes from the rich and evading companies. Neoliberalism, increased during the 12 years of the dictatorial regime, not only favored and promoted tax facilities/exonerations to large companies, but also handed over, in an obscure way, public goods to the private sector. All this should be audited and reversed if necessary.