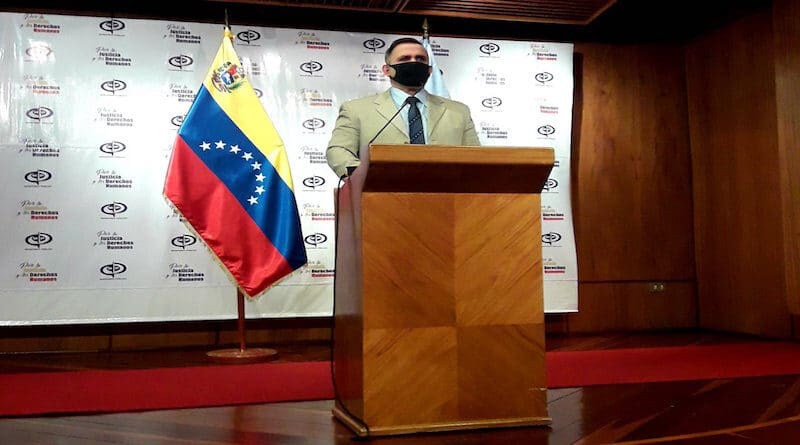 Venezuela’s justice system sentenced 15 people involved in two failed maritime mercenary attacks against the government of President Nicolás Maduro to 24 years in prison, including the one considered leader of the operation, Antonio Sequea, the country’s attorney general, Tarek William Saab, reported on Friday.

The condemned, all arrested in the first days of last May after the attacks failed, will be in prison after having admitted “the commission of the crimes of terrorism, rebellion and conspiracy,” Saab said in a television statement on the status of their legal process.

He explained that 17 mercenaries involved in the attack carried out on May 3 in La Guaira, called Operation Gedeón, admitted their responsibility in the events, during the hearings held on August 7 and 12.

It should be remembered that through this operation, the plan was to assassinate hight ranked Venezuelan officials, among them, the president of the republic, Nicolás Maduro, and install a “transitional” government with the support of the United States.

Due to this fact “a total of 82 people have been detained in different operations, including mercenaries, military deserters and one active military, as well as civilians involved in the operation as financiers and logistical support,” he said.

He added that the State security forces have carried out 25 raids: 2 in the Capital District, 18 in Miranda, 3 in Anzoátegui and 2 in Zulia.

“In total, 104 arrest warrants have been requested by the Public Ministry, of which 53 are yet to be executed,” he reported.

In this regard, on August 7, the first preliminary hearing was held before the 4th Control Court with Competence in Crimes Associated with Terrorism with National Jurisdiction, during which citizens Airan Seth Berry and Luke Alexander Denman, United States nationals, “decided freely and without coercion to take advantage of one of the alternative ways of pursuing the process, such as the admission of the facts,” he said.

For this reason, they were convicted by the aforementioned court for the commission of the crimes of conspiracy, association, illicit trafficking in weapons of war and terrorism, for which they face a sentence of 20 years, 7 months and 9 days in prison, “a count that was applied by virtue of the reduction of a third of the sentence for the admission of the facts (confession), plus half for having accepted the figure of the denunciation,” he explained.