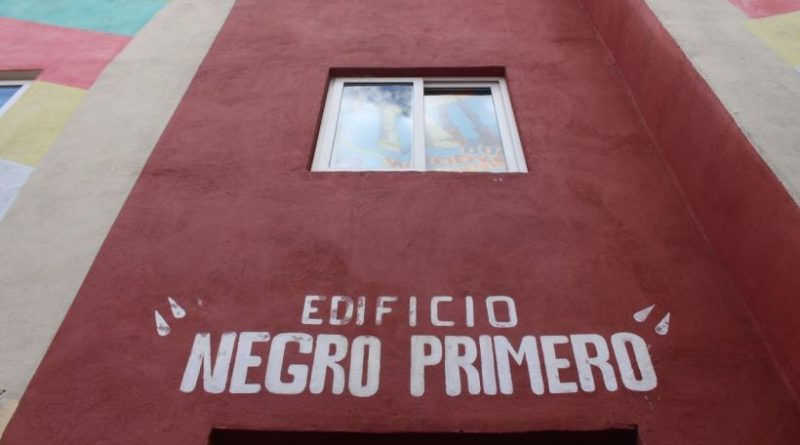 Within the framework of the recent Sao Paulo Forum, Caracas was visited by fellow revolutionaries from various parts of the world. However, what occurred as a meeting in declared solidarity with Venezuela, also came hand in hand with the need of many of them to witness Venezuela becoming in real time, at least for a few days.

Caracas was seen as always, imposing and rebellious in front of its own and foreign visitors in many places of confluence of the Forum. But the city did not offer at a glance nor so easily all the answers to its visitors, as such as the Venezuelan revolution, to know it you have to go to its insides. Indeed, some visitors did so, to the extent that the Forum allowed it. I’ll tell you later about my friend Marcos.

For my friend and many others, the idea was to see the face of Chavismo’s revolutionary resilience and beyond it, to look at the collective subject full of commons, dealing with the daily life of a country on which a blockade has been imposed and a budding war.

Venezuela, the place where for some “all options are on the table”, is not that apocalyptic scenario that the media review. There is no social uprising. The stark violence of other times does not converge, nor is it the empire of chaos, despite the broth of forged adversities. The country and its people seem to remain an enigma for foreigners, always indecipherable to the foreign gaze, as Chavismo is sometimes for revolutionaries of different latitudes.

A reflection in the air always remains. Political processes that seemed solid went down for much less than what has touched Venezuela.

NOTES ON RESISTANCE AND RESILIENCE

Twenty years after the Bolivarian Revolution, it is evident that with each circumstance, Chavismo evolves due to the inertia of its constant movement. Traversed by events, the history of Chavismo never resembles anything linear. It chooses and interpretations always emerge deferred, outside.

Even for connoisseurs of the Venezuelan issue, it is still incomprehensible how Chavismo has managed to sustain the political leadership of a country, which far from a dictatorship “is a place where it seems that everyone can do whatever they want,” Marcos told me.

Perhaps one of the many answers to that doubt is the comprehensive management of countermeasures that the Venezuelan board has applied to maneuver and manage the induced and over-the-counter multifactor crisis. That is, the pulse tuned to develop actions designed to suit the circumstances that, although they have many gaps and deficits, have the mark of resilience in response to chaos. A patent that Chavismo has radiated in Venezuelan interculturality but also has taken from it.

It is necessary to think in that order of ideas, in the Local Committees of Supply and Production (CLAP), which not by chance are now the target of exact measures executed by Washington to block the entry of food to Venezuela in greater depth.

The CLAP are multicellular structures that have germinated in Chavismo to serve the Venezuelan population by distributing hundreds of thousands of food boxes every week to the same number of families, at ridiculous prices. A “palliative” to the crisis, some would call it, but it certainly implies the departure of thousands of tons of food from the mercantilist torrent and speculator consolidated in the economic war, to place them in a solidarity network where each CLAP serves the families of its community bringing them that benefit. One of the most effective methods of mass distribution of food developed in the world, whatever they say or however long it takes to deliver each box of food because of the blockade.

The Carnet de la Patria policy is another emblematic example, which consists of a methodology for assigning bonuses (direct subsidies) to the population. That also applies to the development and management of social programs aimed at people in vulnerable socio-economic conditions. The card is also increasingly used to monitor in real time the population’s access to social missions, as a mechanism to follow and make public policy more efficient.

RELATED CONTENT: The Oslo Crisis of the Venezuelan Right

For the month of June this year, more than 1 million 600 thousand young people were enrolled in the Chamba Juvenil Plan, a policy of employment and scholarships for youth. In the midst of a severe economic situation and a growing phenomenon of youth migration abroad, this social policy was aimed at serving an age group that was significantly beat up by adversity.

Also recently was publicized the delivery of home number 2,700,000 of the Venezuela Great Housing Mission, a figure reached in 9 years at an annual construction rate of 300 thousand homes a year. This figure is higher than those of the Marshall Plan in postwar Europe and is 15 times higher than the number of homes built per year in Venezuela in the 10 years prior to 1999.

The common denominator of the continuity of this social agenda despite the adverse economic situation, especially in times of blockade, lies in the power of Chavismo to rethink and manage its social action, at the expense of the crisis cycle. This implies that talking about “resistance” in Venezuela starts from concrete work, palpable for important social layers that have assumed [the responsibility of] seeing to and assimilating the real dimension of the Venezuelan economy.

Let’s see it another way. For the Venezuelan population, the concrete expressions of the crisis have been clearly visible in these years in all sections and sectors outside the State. Where the private economy lies, of goods and services that have become more expensive in the midst of rampant speculation, open acts of business boycott and now through the economic blockade that has been escalating in the last three years.

A SUBJECTIVITY BEYOND THE ECONOMY

To this day, any Venezuelan anti-Chavista recognizes that the so-called “sanctions” only generate severe pressure against ordinary people without distinction. Or he understands that the probable application of concrete actions of war and military intervention would be against the great national majorities with the even deeper deterioration of the elementary conditions of life. While, on the other hand, important sectors that remain in Chavismo deal with their economic discontent between the understanding of events and political clarity.

Venezuela looks like a melting pot of subjectivities where many have assimilated circumstances to suit them.

Marcos, I was talking about Marcos, a compañero passing through Caracas, is a militant politician. Having contact with the real ravages of the blockade in Venezuela, he did not avoid feeling “impressed” not only by the blockade, but by the absence of the announced “total collapse” boosted by Washington and tirelessly shouted out of Venezuela. “The country is still standing,” he exclaimed.

Not surprisingly, Marcos is an Argentine who has seen his country explode twice through the implosion of neoliberal governments that made catharsis on themselves, demolishing and reconfiguring (in their favor) the Argentine economy, with great pain for the public, done behind their backs.

It was incomprehensible to Marcos that many conditions for elementary governance persisted in Venezuela. That the scenario of social fragmentation and rupture of the institutional political fabric of the country so often induced has not been consummated.

RELATED CONTENT: In Venezuela, Social, Popular and Communal Unity is Not an Illusion

Then I had to explain that in Venezuela everything changes and everything happens all the time. That the political and economic times here were extremely fleeting and that the subjectivities are too. That the dynamic denominator of Venezuelan life made it possible to live politics in several simultaneous times. That the country is everything, except boring. That all laws of economic gravity tend to fail occasionally in these area and that two plus two are not necessarily four if it was a matter of politics.

In addition, I had to explain that neither baseball nor football are national sports; those are politics, tirade, dissent, contradictions and organization.

Marcos spent time a couple of days after the Forum in a community in the center of the country, trying not to be a political tourist, without achieving it of course. At least he tried, because he went to several activities of a commune and saw the face of the Venezuelan economy in a popular sector. For him there was no classical Marxism taking the means of production, as he thinks it should be, but there was class struggle clearly delineated by its protagonists. He did not see a single gringo marine, but he did know about people discharged from hospitals where medications do not arrive as before.

He saw the stubbornness of Chavismo, the discontent of the opposition, he saw organized people building real power on the ground, he saw government management with the few resources offered by the decayed oil income today degraded by the blockade. He saw several who referred to Maduro’s mother and others who also named Guaidó’s mother. He saw almost everything.

The clearest thing Marcos managed to see was the result of a fact that transverses everything in Venezuela; a policy that is remade with the circumstances of the moment with a speed and naturalness that does not exist almost anywhere else. A phenomenon replicated in various ways in the social fabric, which is decanted, flowing.

Venezuelan reality today consists in the use and administration of the situation as a fact become routine, a becoming. An always difficult process, yes, but sobering in a multidirectional way. “You are Caribbean and that is something I still can’t understand,” Marcos told me.