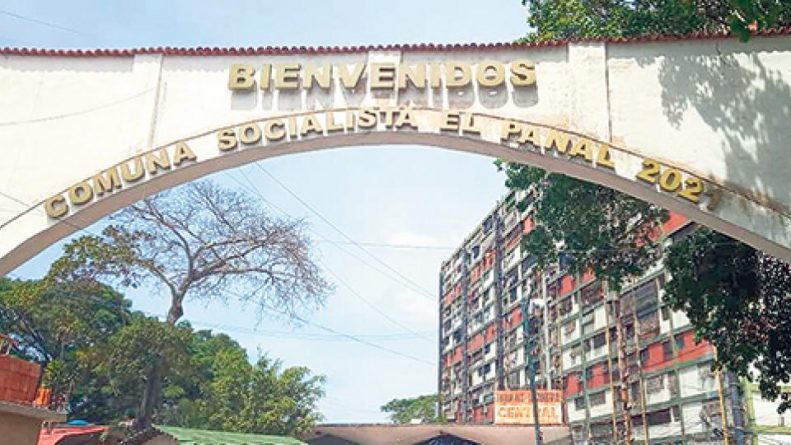 Caracas is made up of several cities but at the same time it is one city. They oppose each other; sometimes they are afraid of each other. The East side is a tangle of news about Juan Guaido and the opposition; the West side is the territory of Chavista majorities, the Miraflores Presidential Palace, the core of power. The division is about classes but about names too; people in the East live in hills, while in the West they live in barrios. One of those barrios is the 23 de Enero neighborhood, which held a scheme of people’s resistance even before Hugo Chavez came onto the scene and where several colectivos exist, as one of the forms of Chavismo organization is called.

The word “colectivo” has been used to embody the myths of the right wing to demonize the Bolivarian Revolution. They are described as criminal gangs used to carry out the dirty job of State security forces, such as preventing the opposition from carrying out their demonstrations. Republican Senator Marco Rubio has affirmed they should be described as terrorist organizations by the United States.

One of these colectivos in the 23 de Enero is the Alexis Vive Patriotic Forces. The presence of the organization can be felt as soon as you enter the neighborhood, where you can see a banner in a tall arch that reads: “Welcome. Socialist Commune El Panal 2021.” Once inside the commune, you find a communal bakery, the daily life of a poor sector in Caracas with children wearing their school uniforms, newsstands, murals, motorcycles, music, and people trying to find shelter from the Caribbean sun.

RELATED CONTENT: Social Movements of Venezuela in Solidarity With the Embassy Protection Collective in Washington

“Colectivos are grassroots social organizations that work in political, social, communal, productive creations,” says Robert Longa, a reference in Alexis Vive. He’s sitting at Arsenal radio station, which they built in front of the communal sports facilities. Longa estimates that there are about thirty colectivos at the 23 de Enero,

“We are most of all a communal movement. We think we must be merged with the masses. This is about being a collective vanguard and that collective vanguard is the commune. We are part of the insurgent individual in the neighborhood,” Longa says. Alexis Gonzalez was murdered during the first years of the Bolivarian Revolution, during one of the coup attempts undertaken by the Right. There are about 13 thousand people living in the communal territory, while the commune, together with the Alexis Vive Patriotic Forces, has undertaken self-governing agencies and is focused on economic and social development including a sugar refinery, a bakery, a textile company, a stockpiling center, a blacksmith’s workshop, its own currency, a dance school, a sports club, and a pool for children during the weekends.

The Alexis, just like the other colectivos, is the target of media and political attacks of the Right. “They see the colectivos in neighborhoods as pockets of resistance and retaining walls, the same as the Cuban Committees for the Defense of the Revolution (CDR). We are the center of attacks by the media and the material they point to in order to try to implode the system of our communities. On February 27, 1989 we went out of our slums; we did the same on April 11, 2002. We played a crucial role to seize and maintain power. And I guess they see the colectivos as an obstacle that will not let them generate the social unrest they are looking for.

There is calm in the 23 de Enero area, where the Patriotic Forces and the Panal 2021 Commune exist. The organization manages to find solutions to problems of insecurity and it fights the economic situation every day. There is a complex situation in the poor areas of Caracas and it is even worst in cities far from the capital city. It is the result of the economic, financial blockade imposed by the U.S. but also due to their mistakes: “The Revolution has made its own mistakes but we think they must be solved by ourselves. Changes must be made inside the Revolution, not outside of it,” Longa says.

An activity is being carried out in the sports club; the Ministry of People’s Power for Communes is handing over tools for production. Communes from around Caracas’s western area came to the activity; there people debate about the economic situation, difficulties and the need to produce, about prices, the meetings between the United States and Russia; about what could happen in such an unstable scenario. It is where people’s organization is a major part within Chavismo to build and defend.

“We always knew this moment would come, that we would see the empire’s face sooner rather than later,” Longa says. “We expect anything could happen from them. They bet on precise operations that may include murdering the President or imprisoning him. They try to create troubles within the Bolivarian National Armed Force to achieve a split leading us to a civil war, bringing U.S. mercenaries with Colombian paramilitary soldiers to cause scenarios like Syria’s.”

A few moments of calm can be lived in Venezuela’s politics. Though here, as in the majority of Caracas western areas, Guaido’s emergency did not translate into demonstrations of support. Chavismo has deep roots, with identity, culture, organization: “the rank-and-file is evidence that Chavismo exists, as well as the resistance we’ve had during this time. There is a consolidated Chavismo, convinced that the strategic line set up by Chavez is the correct line, communes, people’s power, regardless of the mistakes committed by leaders who seem to hold up the Revolution. That’s part of contradictions in the process,” Longa says.

Political time can speed up suddenly at any moment. The Alexis Vive Patriotic Forces know it. As many other people’s organization, they have been declared the target of a strategy aimed not only at overthrowing Maduro but at reformatting society, which means erasing the Chavista grassroots that learned to lead in politics. Longa is among thousands of people who are convinced that they won’t be able to achieve this: He reminds us that, “Venezuela is a country inherited from a liberator and with blood of indigenous leaders.”