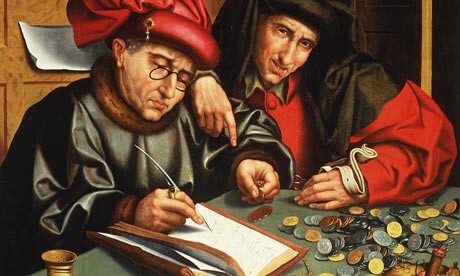 The logic behind the current banking system has remained pretty much the same since the mid 14th century when the early financing institutions, established at the Renaissance-leading city-states such as Florence, Venice and Genoa, were catapulted throughout the rest of Europe thanks to the rising of the new Holy Roman Empire.

The commercial activity of safeguarding the assets of others relied on the “physical” ability to protect or store value, and such power was also exercised by these few powerful families to use such “protected assets” to invest them on additional mercantile activities of their interests, and it pretty much has remained the same for seven centuries.

It is about time, thanks of course to the industrial revolution, but more importantly, to the digital revolution which is now reaching its seventh decade, that our luck, and I mean the luck for the rest of us who do not belong to the few powerful families, is finally changing: the middlemen´s ability to store and protect value is not longer exclusive.

Investors of all sizes and from all places can now screen and select by themselves which men and women they can trust their funds with, to materialize projects closer to their personal interests, and of course to get a much more satisfying reward beyond the 1%–2% relative annual yields for their saving deposits.

The Blockchain ledger and the Smart Contracts running on decentralized networks, which allow to store and safely exchange value peer to peer, and safeguarding the terms in which parties convene into an agreement, are changing the course of the banking institution forever. I am not certain if JP Morgan´s CEO is getting the point, but some of the rest of us do.

It takes time and courage from both sides of the equation, investors and entrepreneurs, to seriously leverage this opportunity, to facilitate awareness and drive mass adoption. It’s hard work and implies commitment and involvement. This fork will also change the history of the world economy.