The so-called “Summit for Democracy” should first agree on a definition of what democracy means. Whereas etymologically we know that the definition of democracy means rule by the people, instinctively we feel that people power must be more than a slogan, that it must be concretized by genuine public participation in the conduct of public affairs.

There are, of course, many manifestations or “models” of democracy, exercised nationally as well as locally in provinces and communities. The spectrum of democratic governance goes from direct democracy by way of citizen power of initiative and the possibility to challenge legislation by way of referenda, to participatory democracy through public meetings and voting on specific issues by ballot (or even show of hands!), to representative democracy through the election of parliamentarians with specific mandates, to presidential democracy by electing a president with wide-ranging powers.

As a Swiss citizen, I recognize the benefits of the semi-direct democracy practised in Switzerland. Indeed, I vote in every single election and referendum, and actively participate in the public debate that precedes them, and in this way I feel that my opinion counts. As an American citizen I vote in every congressional and presidential election every two years. However, on the important issues I feel that there is no genuine choice given to the electorate, because the two parties converge precisely on those issues where there must be change. Because there is hardly a possibility to influence domestic or international policy, I and many other Americans feel disenfranchised. We suffer from endemic democratic deficits.

RELATED CONTENT: ‘Summit for Democracy’ – the Irony of an Empire in a Glass House

What criteria can be used to assess the level of democratic governance in any given country? What measuring stick can we use? Surely the correlation between the will of the people and the governmental policies that affect their lives is crucial. To what extent can citizens genuinely influence governmental policies?

What are some preliminary conditions that should be met? As a Litmus test we should ask:

2) whether citizens are asked what their priorities are, what they want to change

3) whether citizens are regularly consulted on their needs and preferences

Once these preliminary questions have been sorted out, we can formulate specific issues of importance to the daily lives of citizens and explore to what extent citizens have some control over decisions taken by the authorities. What is the level of government secrecy? How often are political scandals covered-up? Do transparency and accountability actually exist? We can then rate democratic governance by addressing a number of concrete questions that would reveal whether governments are in tune with their populations or whether there is some kind of “disconnect”. Let us review the world we live in and how certain political decisions were made, the consequences of which we bear and which we feel impotent to reverse.

1) was the citizenry informed and consulted whether to spend 40% of the budget on military?

2) did the citizenry give informed consent to the establishment of the National Security Agency and its world-wide surveillance of persons and companies?

3) does the citizenry approve of the continued persecution of whistleblowers?

4) did the citizenry approve the “bailouts” given to the banks after the financial melt-down of 2007/8?

5) did the population consent to the establishment of tax havens and the protection given to them by law?

6) did the population consent to CIA practices of targeted assassination?

7) did the population consent to torture practices in Guantanamo?

8) did the population consent to the “extraordinary rendition” program?

9) did the population consent to the imposition of killer sanctions on Cuba, Nicaragua, Syria, Venezuela?

11) did the population consent to the expansion of NATO to Russia’s borders in violation of the agreements made 1990 with Soviet President Gorbachev?

12) did the population consent to fracking, large-scale mining, oil prospecting and logging in indigenous lands, e.g. in Alaska?

13) did the population consent to subsidies given to oil and gas industries?

14) did the population consent to subsidies given to nuclear industries?

15) did the population consent to the practice of vaccine hoarding?

16) did the population consent to the opening hours of shops and supermarkets on Sundays and holidays?

Bearing in mind that many Western countries are advocates of “competition”, it would be interesting to see how these countries actually compete in terms of democratic governance. One could anticipate that some participants in the “Summit for democracy” would probably end up with rather low scores. We would have to conclude that many “democratic” governments actually practice fake democracy based on fake news and fake law.

Bottom line: a democratic government must inform, consult, and give real options to the citizens. The way in which the Western model of “democracy” is practiced does not take the human being and his/her dignity seriously. Thus, in many countries democracy is more of a façade than reality. Alas, most countries attending the “Summit for democracy” will fail the litmus test. 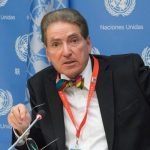