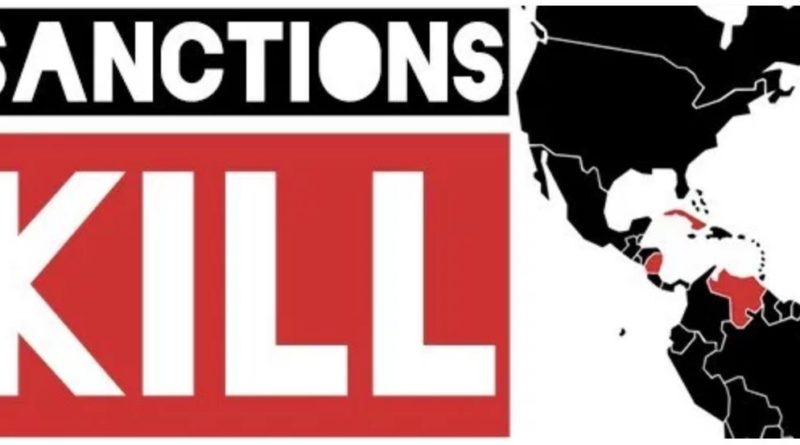 On March 31 the US Secretary of State issued a press statement proposing a “pathway” by which all Venezuelans would live happily ever after. At least that is what Mike Pompeo seems to wish. He “call[s] on all Venezuelans, whether military or civilian, young or old, of all ideological tendencies and party affiliations, to consider this framework carefully and seriously.” The 13-point document was posted on the US State Department website with the title “Democratic Transition Framework for Venezuela”. Let’s take a serious look at it.

An initial major observation can be made even before reading the 13 paragraphs. If this is a proposal meant as a recommendation to resolve an impasse between parties, it will not accomplish its goal because no “serious” proposal can be made unilaterally and much less by a non-friendly government. In the recent past, attempts of international mediation have been flatly dismissed by Washington suggesting US preference for unilateral political and other interests vis-à-vis Venezuela.

A second related general observation – that shouldn’t even need to be explained – must be made about the fact that Venezuela is a sovereign country. All other governments should stay out unless the legitimate government of the country makes a specific request. More than 120 governments recognise the Maduro government as legitimate including the United Nations.

The title is also controversial. Unless by “transition” is meant bringing peace from a conflictive situation, which is what the Maduro government has been asking to the extreme rightwing opposition for years, there is no other transition to be considered. As for “democratic”, the notion used by Washington has lost its real meaning over time, especially when it comes to regime change aspirations.

Those three observations alone would have been enough to suggest that this plan was a foolish decision to make. In fact, it is a non-starter. But for the sake of completion let’s take a look at some of the 13 points.

After a review we noticed that there are seven mentions of lifting “sanctions” at each of seven steps if they are followed according to the “framework”. The author has already referred to the inappropriate use of the word “sanctions” in general. Its use in this context confirms that they are intended to be “a penalty for disobedience”. The preferred denomination is unilateral coercive measures.

What is Venezuela supposed to do in order for the US administration to remove the “penalty for disobedience”? In short, Venezuela is asked to break its 1999 constitution while it is trampled upon during the “transition”, accept the Monroe Doctrine, and open its doors to neoliberal policies and give up its self-determination.

For instance, the first point in part asks for, “Full return of the National Assembly (AN)…National Constituent Assembly (ANC) is dissolved.” This is basically asking a) to legitimise an AN that was in contempt for forcing illegal membership; b) to reinstate Juan Guaidó as the speaker disregarding the election that took place last January when he refused to participate; and c) break the constitution dissolving the constitutionally elected ANC.

Point number 5 requires the AN to approve a “Council of State” Law, “which creates a Council of State that becomes the executive branch”. But this is already being done. In fact, last March 31 president Nicolas Maduro attended the constitutional Council of State in order to deal with “a new imperial onslaught in the middle of the combat with the Covid-19” and to provide advice to the national government according to Articles 251 and 252 of the Venezuelan constitution.

Point number 6 gives another example where the constitutional order must be broken during the “transition”. It states, “All of the powers assigned to the President by the Constitution will be vested exclusively in the Council of State.” Article 251 establishes, “The Council of State is the highest consulting body of the Government and the National Public Administration.” It does not take on the powers of the president.

This is made clear in a very short paragraph as the third point of the pan. “All foreign security forces depart immediately unless authorized by 3/4 vote of the AN.” US president James Monroe of the 19th Century “Monroe Doctrine” fame must have applauded from his tomb together with all other US presidents that followed who have made similar requests to all Latin American countries at one time or another. This is a reference to the presence of Cuban security advisors and health professionals. But also likely to the close Moscow-Caracas relationship since Hugo Chavez was president to this day with president Maduro. Russian military personnel have been engaged in training of Venezuelan Armed Forces in the use and maintenance of weapons, as well as joint military exercises.

The “democratic transition” opens the door to neoliberal policies.

Here we quote point 9 in full: “The international community provides humanitarian, electoral, governance, development, security, and economic support, with special initial focus on medical care system, water and electricity supply. Existing social welfare programs, now to be supplemented with international support, must become equally accessible to all Venezuelan citizens. Negotiations begin with World Bank, IMF, and Inter-American Development Bank for major programs of support.” This does not require any further explanation except to emphasise that Venezuela’s self-determination will be lost.

The happy ending according to Washington’s script of this political play or farce to be performed in Caracas is that “presidential and AN elections are held” in 6-12 months. But this is a play that is not produced in Venezuela. In fact, Venezuelans will not be participants and protagonists in this play, as it is their constitutional right now. They will be reduced to perform minor roles in a corner of the US “backyard” of Latin America.

The Venezuelan government has predictably rejected the US plan. Foreign minister Jorge Arreaza stated publicly to Mike Pompeo, “decisions in Venezuela are made in Caracas.” The US must have been ready for that reaction because the day after making the “democratic transition” plan public it deployed warships off the coast of Venezuela supposedly to “protect American people” from the scourge of illegal drugs coming from Venezuela. Never mind that the United Nations Office on Drug and Crime reports that 84% of cocaine arrives to the US via Guatemala by the Eastern Pacific and not by the Caribbean.

Here is an idea how the US can help for a real democratic transition framework in Venezuela: end all “sanctions” unconditionally, return to Venezuela all properties seized so Venezuelans can get on with their productive lives to restart the economy, and call on the radical Venezuelan opposition to peacefully and democratically participate in the political life of the country.