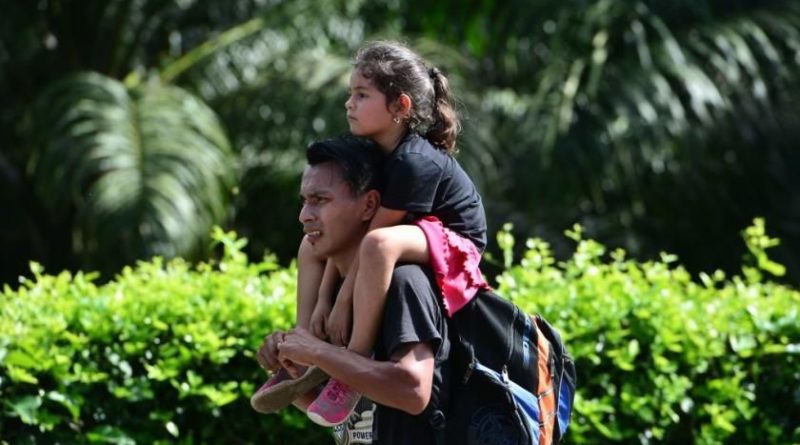 The U.S. allegedly isn’t protecting people who come to the southern border seeking asylum, and the ACLU wants that to change.

On Wednesday, the American Civil Liberties Union launched the first nationwide legal challenge against the Trump administration’s “safe third country” agreement with Guatemala. The agreement lets the U.S. send asylum seekers back to the Central American country even if the person isn’t from there, and as the ACLU argues in a Wednesday court filing, it’s effectively attempting to “end asylum at the southern border, plain and simple.”

The Trump administration has enacted several safe third country agreements, including with Mexico, Guatemala, and Honduras. These agreements let the U.S. ship asylum seekers who arrive at the southern border back to those countries even if that’s not where they’re from because, as the government sees it, they should’ve pursued asylum in one of those countries while passing through. There’s just one problem with that: Many Central American countries such as Guatemala are filled with violence and poverty, and are frequently where people are seeking asylum from.

RELATED CONTENT: As Honduras Collapses, Its People are Forced to Flee

That’s why the ACLU is seeking an end to the Guatemala deal, saying it and the other agreements “unlawfully slam our nation’s doors on people fleeing horrific violence and other forms of persecution.” “There is virtually no chance they will find refuge” in these other countries, the ACLU continues. And without offering a safe chance at asylum, the ACLU argues the U.S. is “in violation of U.S. and international law.” The U.S. government meanwhile argues its rule does follow the international mandate to provide a “full and fair” asylum process to all who ask. Kathryn Krawczyk