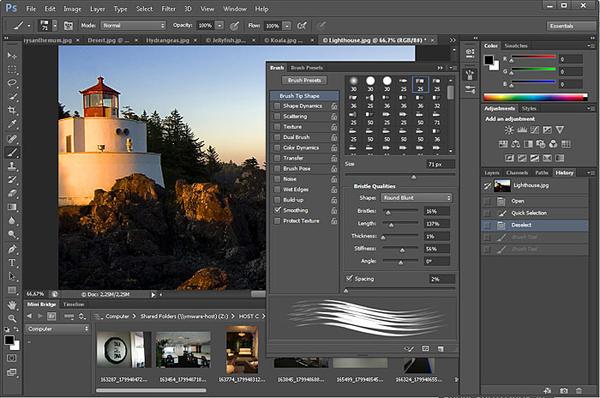 Many Venezuelan users and users of the Twitter network report that the American software company Adobe, developer of graphic design applications such as Photoshop, Premiere, Illustator and After Effects, has sent an email informing them that, as a result of the sanctions of the US government to Venezuela, said company “is not allowed to provide more access to applications or services, nor allow it to effect new purchases,” giving them a grace period until October 28 to withdraw any file from its cloud service, Adobe.com.

The email is being received by Venezuelan users, working for the government of that country or not.

The mail says in part:

“Due to the recent Presidential Executive Order in the United States ( Executive Order 13884 ) concerning activities with the Venezuelan government, Adobe is no longer authorized to provide you with access to software and services, nor to allow you to make new purchases. In order to adapt to this change, we offer you a prior notice and a grace period until October 28, 2019, so you can download all the content that you have stored in your Adobe account. After October 28, 2019, you no longer will have access to your account, Adobe.com or Adobe software and services ».

The company also regrets the setbacks and notes that “we will continue to monitor and carefully evaluate the situation” and that, if there is any change in the aforementioned laws, “we will inform you by email.”

RELATED CONTENT: The Human Cost of US Sanctions on Venezuela

On its official website, Adobe confirms the information by pointing out that the US government issued Executive Order 13884 , which has the practical effect of “prohibiting all transactions and services between US companies, entities and individuals” in Venezuela. “To comply with this order, Adobe is deactivating all accounts in Venezuela.”

Adobe notes that it will not provide access to any service or software, “not even free”, and will not allow new purchases. They point out that they will maintain this decision while the Executive Order issued by Donald Trump is active.

Since 2003, the Venezuelan State has entered into a process of migrating its applications and technological platforms to free and open source software, which provides numerous alternatives in the world of graphic design.

Some of the best known are Gimp (image and photo editor), Krita (image editor that is also widely used for drawing and illustration), Blender (award-winning application for 2D and 3D animations, as well as visual effects), Inkscape ( vector drawing), DarkTable (organization and digital development for photographers), Audacity (audio editor), among many others. All can be downloaded for free online.

The Venezuelan government has distributed more than 3 million minilaptop computers to elementary students under the “Canaima Educational” project, which uses an operating system in free software (Canaima GNU / Linux) that includes these open source applications.