“Mérida is the most affected state and we will be here as long as it takes, continuing with the search and rescue work. This is comprehensive care, the housing team will be installed here permanently, the important thing is to take preventive measures,” said the Executive Vice President of Venezuela, Delcy Rodríguez, after visiting Tovar and other municipalities of the Mocotíes Valley, on Thursday, August 26, where she listened to the requests of the community in order to provide the necessary help and to restore normalcy to the area as soon as possible.

Rodríguez stressed that the entire Venezuelan government is working to provide drinking water “and we are sending food and medicines to provide comprehensive care. The most important thing is life, and health. Right now we are trying to restore the electrical service. The power plant is covered in mud, the substation control service is covered in mud.” 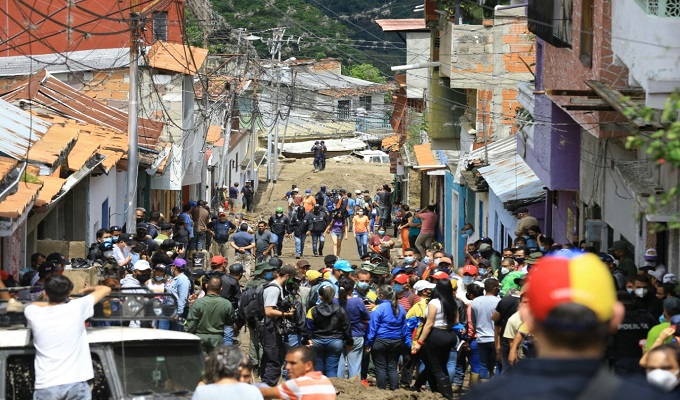 She also said that “we are here to help the people, united, working together to solve the situation, families who lost their homes, but saved their lives—which is the most important thing. We are happy to see them alive.”

The executive vice president of the Republic specified that there were about 800 homes affected by this week’s floods and mudslides. “We have to restructure the entire issue of housing construction so that they are not at risk from climate change.”

“We have an airlift,” she added. “We are going to bring food, water, and we have have an overland connection. Due to the difficulties, fortunately, at a quarter to three in the morning we managed to open the way to reach the municipality.”

So far there have been 16 lives lost in the municipality of Tovar, and four in Sucre, she confirmed. “We have three people unaccounted for,” said Rodríguez. “We are searching right now. We just found one person alive, they were taken to a healthcare center.” 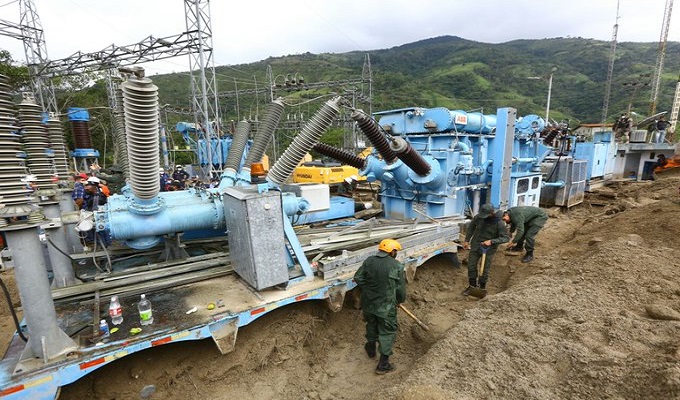 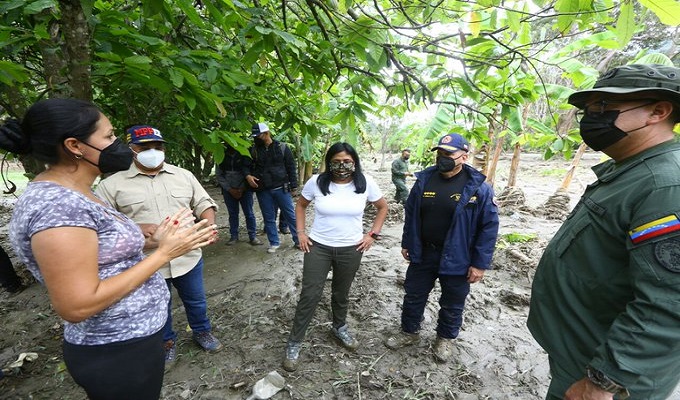 For his part, the Vice President for Citizen Security and Peace, Admiral Remigio Ceballos Ichaso, instructed Civil Protection and firefighting officials deployed in the Mocotíes Valley area to stay alert and take the necessary measures and preventive actions, as stated through the Twitter account of the Ministry for Interior Relations, Justice and Peace, @MIJP_Vzla.

Alongside Vice President Delcy Rodríguez, Ceballos Ichaso listened to the proposals of the inhabitants of Tovar and other municipalities of the Mocotíes Valley, to gauge the situation and determine the services needed most urgently.

Ceballos also said that the Simón Bolívar Humanitarian Task Force is on the scene providing care for affected families in Mérida state, many of whom have been transferred to shelters after losing their homes, or pending removal of debris in the area.

Reparations continue on the electrical substation of the Tovar municipality, damaged by the torrential rains that caused landslides. It is expected that the electricity service might be partially restored by Thursday, said Rodríguez.

On the other hand, the entire Risk Management System, which includes Civil Protection, Firefighters and other entities, have been joined by the Bolivarian National Armed Force, providing aid and attention to the municipalities of Mérida state affected by heavy rainfall.

Featured image: Venezuelan Vice President Delcy Rodríguez with boots on the ground in Mérida, leading the Maduro administration’s emergency response to heavy landslides affecting the town of Tovar and the Mocotíes Valley. Photo courtesy of Twitter/@ViceVenezuela.