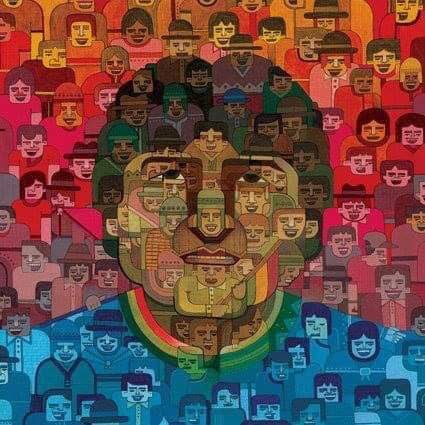 How the president-elect moved to facilitate asylum

He spoke with regional leaders and sought international support. He publicly thanked AMLO and spoke privately with Evo Morales to communicate his solidarity and tell him about the talks to secure his safety. Meanwhile, Macri evaluated whether there was a coup in Bolivia or not.

Alberto Fernández worked his cell phone throughout the day to enable Evo Morales’ exit from Bolivia to Mexico, the first country that offered him political asylum. Fernández had even managed to get Paraguay to receive him, but Vice Alvaro García Linera replied that they considered the distance that Mexico offered better, given the level of violence prevailing in Bolivia. The president-elect also made calls to some leaders in search of updates about the coup and to obtain international support for Morales. Meanwhile, the Argentine government until December 10 remained passive in the situation. From Bolivia came the alert that Argentine consulates were closed to the requests for help from Bolivian officials. Fernández immediately transmitted the claim to Mauricio Macri, because some of that had been discussed the day before. Macri, apparently not aware of the situation, then forwarded a message from Foreign Minister Jorge Faurie assuring him that the issue had been resolved.

“There’s few men who like problems so much, even beyond their borders,” Chilean senator Marco Enríquez-Ominami defined it in a sneer on the presentation of a book on electoral campaigns and progressivism that they shared yesterday at the Cultural Center of the Cooperation. Ominami, friend of Fernández and one of the founders of the Puebla Group that met the weekend, saw him throughout the day dealing with the situation in Bolivia, something that nobody could demand, when he still has a month before assuming office. Fernandez even spoke yesterday afternoon with Evo Morales to convey his solidarity and update him on the talks to get him safe and sound.

The president-elect contacted the president of Mexico, Andrés Manuel López Obrador, about sending the plane to find Morales. “Thank God we have the solidarity of the presidents. We have to have enormous gratitude for AMLO,” he would say later. The work was completed by the Latin American head of the Mexican Foreign Ministry, Maximiliano Reyes – also in Buenos Aires for the Puebla meeting – and Foreign Minister Marcelo Ebrard. Fernandez thanked the historic policy of the Aztec country to receive political exiles, as happened with thousands of Argentines during the dictatorship. He also contacted the president of Peru, Martín Vizcarra, who should allow the passage and supply of the plane in his country. Both López Obrador and Vizcarra know them because he visited them recently. The other president who received him in recent weeks was just Evo Morales, at a dinner in Santa Cruz de la Sierra, which Fernandez was delighted with.

RELATED CONTENT: Defend the People of Bolivia and Latin America

When the operation seemed to be blocked, Alberto Fernández also contacted the Paraguayan Mario Abdo, who surprised him with his total predisposition. “If you ask me, president, gladly,” he replied about the possibility of giving shelter to Evo and his people. His contacts also included the head of the Ibero-American Secretariat, the Costa Rican Rebecca Grynspan, who in turn communicated with the Catalan Josep Borrell, brand new head of European diplomacy. He informed them of the critical situation in Bolivia. Such a network resulted in the fact that last night, when he presented the book with Ominami, the two authors and former deputy Juan Carlos June, the Mexican plane was close to completing the rescue of Morales and García Linera.

While Alberto Fernández was developing all this work, Macri still evaluated whether there was a coup in Bolivia or not. And he says he was surprised when he learned, through the president-elect, that the Argentine consulates were closed to asylum requests. When they talked on Sunday, it had been that Argentina would receive Bolivian officials who requested it. Macri transmitted the query to his chancellor and then forwarded the answer directly to Fernandez. Apparently, it was the ambassador who had instructed the blinds be lowered in the consulates . He received the directive to the contrary. There were two of Evo’s ministers at the Argentine embassy: the Minister of Government, Carlos Romero, and the Minister of Planning, Mariana Prado.

But Alberto Fernández’s international contacts were not limited to that problem, although in all the calls the situation in Bolivia occupied some part. He spoke with the triumphant head of the Spanish government, Pedro Sánchez, whom he congratulated on Sunday’s victory and alerted on the Bolivian situation. “I am following the case carefully,” the socialist assured him.

Another member of the Puebla Group, former Brazilian Foreign Minister Celso Amorim, handed him his phone number where he was chatting with Lula. There were greetings, jokes and laughter for the release of the former president and the promise of a soon meeting. He didn’t tell him if he planned to attend his inaugural. “They are friends, they come when they want,” Fernandez replied.

RELATED CONTENT: We Stand Against the Coup in Bolivia (Chomsky, Prashad)

As he had anticipated, he spoke again with the Chilean Sebastián Piñera, whom he wishes to help solve the situation he is going through. “We must help reduce the madness of turning on the presidents,” they agreed. Fernández does not rule out the possibility of traveling to Chile if Piñera believes that this can help to keep calm, although the purpose would have to be clear before. It is not yet.