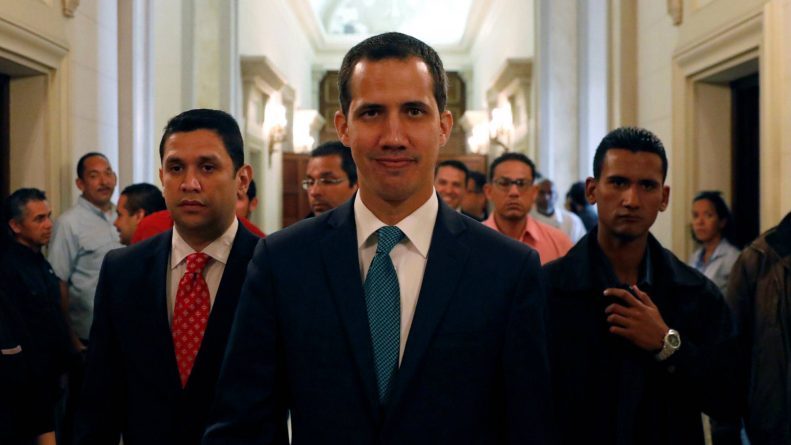 The decision to recognize a government that has no effective capacity to address the political reality of the country leads to a diplomatic impasse with no way out.

After an unprecedented ultimatum in international law, the Government has officially recognized Juan Guaidó as interim president of Venezuela. Maybe they consider it a popular or profitable decision. In diplomatic terms, however, it is an unrealizable, irresponsible and contradictory act with the objectives that the Government itself claims to pursue in Venezuela.

It is an unreachable decision because Guaidó does not have effective control of the Venezuelan State powers: it does not control the administration, neither the ministries, nor the police, nor can he guarantee the international commitments assumed by the country. If any of the 150,000 Spaniards living in Venezuela, or one of the big companies that operate there for decades, has a serious problem tomorrow, who will the government call to solve it? He is not going to call Guaidó, because he does not have effective control of the country. In fact, according to the interpretation of the Venezuelan Constitution that he used to self-proclaim, Guaidó should call elections within a maximum period of 30 days. He will not do it, because he can not do it. For the same reason, the decision to recognize his Government, which does not have effective capacity to direct the political reality of the country, leads to a diplomatic impasse, neutralizes our capacity for dialogue and leaves the Spanish community unattended.

In the current political crisis situation, in the absence of channels of negotiation or dialogue, the Government of Guaidó can only be effective through three means: a military uprising, an armed insurrection or a foreign intervention. In fact, it is what Guaidó himself asks when addressing the army and it is the explicit and declared road map of the United States. What will the Government do if this announced threat is met? Will it support, against all international commitments made by our country, a coup d’état or military intervention to overthrow a government by force? What is your roadmap then? Does anyone think that in Venezuela there can be free elections and a viable horizon of governability that does not result from the political agreement between the parties and have the backing and support of international organizations?

It is precisely what the initiative proposed by the Governments of Mexico and Uruguay defends: to propose instruments of mediation, endorsed by the United Nations in the framework of international law, to seek a peaceful and democratic solution to the crisis in the country. To recognize an unelected president, in a radically polarized country, where there is a factual and real risk of a civil and regional confrontation, under the explicit military threat of the United States, is to do exactly the opposite. It is an irresponsible decision, which contributes to undermine the multilateral order, neutralizes our capacity for mediation and influence, and makes Spain an active part of an uncertain development crisis and serious potential consequences. The Government should rectify.