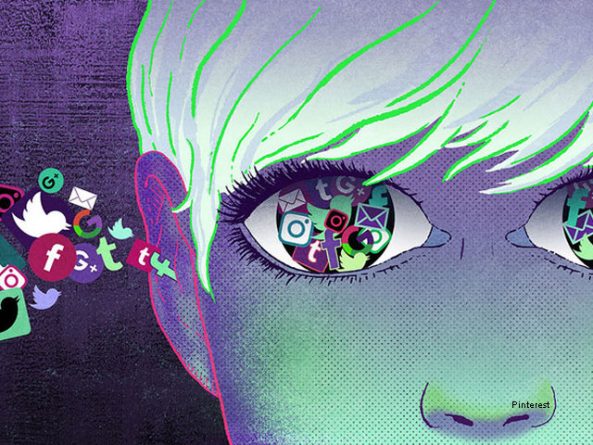 Like a ghost. This is the government of the self-proclaimed, Juan Guaidó: everyone talks about him, but no one can present proof that he exists as such in reality. Also as a global flashmob: it began on January 23, previous collusion, and several have begun to dance to the sound of Uncle Sam.

She was living in Venezuela in 2011, and since she returned to her native Spain, the political scientist, Doctor in International Relations, Doctor in Latin American Studies and writer Arantxa Tirado, has returned four times to the South American country with which she has maintained a link for 15 years. .

In her last trip made this February, Tirado confesses to having felt that the blockade and the economic crisis that is arising is hitting hard among the Venezuelan people, for which reason the atmosphere that is breathed is different from 2011.

She found hyperinflation and difficulties in accessing certain products outside the CLAP through which the Government guarantees access to certain basic products.

“But there was also the possibility of a military invasion, aggression, with the self-proclaimed Guaidó and his parallel government -which I did not find anywhere in the streets of Caracas- and that tensed the atmosphere.”

None of what the media sold in Spain, according to the political scientist, which led her to think that when she arrived in Caracas she would find a city full of barricades where people would be doing guarimbas on every corner like in 2017. “But nothing was farther from reality “.

And although the flashmob of Guaidó continues, the USA did not get the move it had intended.

For this doctor in International Relations, “in another country it would be unthinkable for someone to proclaim himself president, call a military intervention, subvert the constitutional order, call the legitimate president usurper, make an international tour with presidents of third countries who have been supporting a attempt of siege to the Venezuelan border, that happened on February 23 in Cúcuta, and he returned as if nothing happened”.

However, Tirado thinks it is good that we should not fall for the provocations of the White House National Security Advisor, John Bolton, who declared that the attempts to prevent the return to Venezuela of the self-proclaimed president Juan Guaidó, would have a “tough and significant response” from the US.

“Bolton is sending a message to justify something they could do themselves. If I were Mr. Guaidó I would be more careful of my supposed allies, and not so much of the Venezuelan Government, because maybe these allies are the most interested in sacrificing their ‘pawn” Guaidó to justify another type of intervention and move on to the next scenario, because the scenario proposed at the beginning is deflating,” says the expert.

Tirado says that everything that is happening with Venezuela “is part of a fourth-generation war very well studied, very well designed and very well applied by the psychological warfare operators of the Pentagon and their allies in the world.”

Regarding the countries that decided to take the step and recognize Guaidó as president in charge, the political scientist observes that in the world there are people who lend themselves to this in a conscious or unconscious way. “I do not know which would be the case of Spain because at times I get the impression that they do not know, and at times I think they know too much,” she says, citing as an example something that happened weeks ago when the Minister of Foreign Affairs, Josep Borrell, issued a lapidary comment against the interests of Guaidó.

When asked if he was going to recognize the representative of Guaidó in Spain, the head of Spanish diplomacy responded in a lethal way: “He has announced to whom? And how, has he come out to the square and said it, or how has that been (done)? ”

For Tirado, that jocular comment is not very typical of someone who is charged with representation as the foreign minister, referring to another country or other authorities. “That comment came out of his soul, and she goes on to say, ‘well, these gentlemen are laughing. This gentleman has proclaimed himself at the end of a demonstration and we do not believe that he is the president in charge or interim. Anyway, we’re going to accept it because our US bosses have called us and told us ‘that’s what it’s all about now, accept that’,” the writer laughs.

The step that Spain took in recognizing Guaidó as president in charge was a bad calculation in the opinion of the political scientist, “because if the US takes the Venezuelan oil, maybe Repsol that has a presence in the Orinoco oil belt could be damaged. Maybe the distribution that the US does will not be agreeable and that could be worse than now for Spanish oil. Anyway, we already see that national sovereignty nowadays is increasingly questioned and nothing happens”.

Regarding humanitarian aid, Arantxa Tirado quotes Pedro Baños, a colonel of the Spanish Army reserves and an expert on geopolitical issues, who said that “in reality there was no interest in the entry of humanitarian aid [by Guaidó], it’s was not about that, but it was about making a kind of ‘performance’, a play for the international media.”

The expert stresses that there is another element that demonstrates this farce of humanitarian aid, and that is that part of that humanitarian aid had already been in Caracas before but they were not delivering it because they were waiting for the moment for the coup to have an effect.

“If they [Guaidó and the countries that support him] really consider that there is a people that is dying of hunger and that needs humanitarian aid, we would have to see the products that make it up. I saw videos of USAID and there was toothpaste, brushes, etc., questions that you say ‘with this you do not eat, and this exists in Caracas as the American journalist Max Blumenthal has shown with videos that he has done. ”

For Arantxa Tirado, we are facing a psychological warfare operation to show the world that the Maduro government does not want humanitarian aid and that it is setting fire to the trucks” that we know they did [the opponents], not the Government of Nicolás Maduro . They set fire to the trucks that were on the Colombian side to justify the next phase. What is the next phase? It seems that it’s the return of Guaidó, that they might kill him, I don’t know”.

“I have seen in the month of November [last] in Argentina, a number of people, entire families sleeping on the street, and nobody talks about having to intervene in Argentina because all that is happening. Not even in the countries of Central America. The exodus of migrants from Central America, the caravan that recently made its way to the US, people who literally risk their lives transiting through Mexico with all the drug mafias and bureaucrats involved in the kidnapping, sexual exploitation, rape of migrants and nobody says anything,” Tirado said indignantly.

“And the president of Honduras allows himself to have the cynicism of sending a shipment of supposed humanitarian aid to Venezuela when he has a country of the poorest in Latin America. […] I am amazed at the capacity of these people and their cynicism to present only a part of reality, magnify it. […] Nobody doubts that there is a difficult situation in Venezuela, that it is very complicated that you are going to buy something and that something costs you practically an entire salary, but what they never explain is why that [the sending of ‘humanitarian aid ‘] happens in Venezuela and does not happen in other countries, “the political scientist asks.

To frame the situation a bit more, the expert takes history in hand. “Mexico always had a phrase to evaluate its foreign policy in the years of the PRI when it had a policy of revolutionary nationalism, of support for the Spanish Republic, of support for Cuba when they took it from the OAS, which was: Oil lamps in the street and darkness in the house. ‘”

She explains that “the PRI committed many abuses against people who ideologically it received from other countries or defended in other countries, but indoors, repressed them. Then that ‘Candil in the street and darkness in the house’ I think it can be applied perfectly for all these countries that are giving lessons outside, but they have so many problems they have to solve that no one believes them,” says Arantxa Tirado.