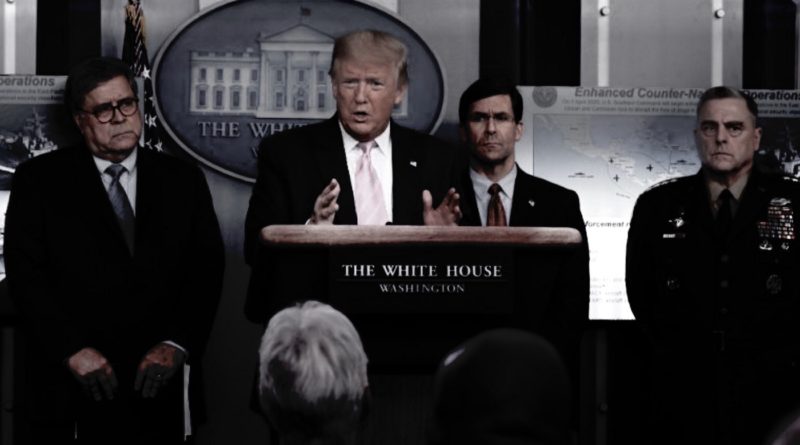 A generation ago, Umberto Eco wrote an essay titled “Ur-Fascism,” where he applied the emotional characteristics of fascist movements to predict what fascism would look like when it next rose in the United States. Eco concluded that among aspects of fascism like a desire for tradition, a culture of militant hierarchy, and a contempt for nonconformity, there was a uniquely fascist view of war, one that’s increasingly come to apply to American militarism. Eco wrote that fascists embrace a paradigm of eternal warfare, one where enemies both external and internal must and can constantly be beaten back. And as he described, this mentality of unshakable confidence in one’s own military might is unpragmatic and ultimately self-defeating:

By a continuous shifting of rhetorical focus, the enemies are at the same time too strong and too weak. Fascist governments are condemned to lose wars because they are constitutionally incapable of objectively evaluating the force of the enemy.

Like all of the other ways Eco accurately envisioned what Trump-era politics would be like, this quote is becoming an increasingly good representation of American foreign policy. When Trump assassinates an Iranian general under the fabricated rationale that he had been planning to blow up the U.S. embassy, or goes right back to Iran warmongering after war with Iran is averted, or carries out a bombing campaign that reintroduces the possibility of such a war, he’s risking war with a country that’s militarily powerful enough to devastate the U.S. army. But he and the neocons who support such provocations against Iran are all the while acting confident that it will turn out fine for the U.S., because their default attitude is to treat enemies as weaker than is actually the case.

The same applies to how the U.S. has been approaching all of its other adversaries since the beginning of the 2010s. This was when Obama began a “pivot to Asia,” where the U.S. expands its military presence in the southwestern Pacific in order to counter China’s rise. It was a preparation for the era of escalating cold war tensions with China that’s since appeared, and it was accompanied by the start of proxy wars in Syria and Ukraine that have set off rising nuclear tensions with Russia. The Washington imperialists started a great-power conflict in reaction to the decline of U.S. influence, which itself was a consequence of the U.S. empire’s self-detrimental invasions of Afghanistan and Iraq.

When Trump took the job of leading this great-power conflict, he and his administration exacerbated all the reminiscently fascist aspects of America’s recent foreign policy approach: an abandonment of diplomacy, a paranoid and hyperbolic rhetoric about the supposed threat that the designated enemies pose, a refusal to consider that belligerent behavior will further harm American power.

Trump fired missiles at Syria, expanded the sanctions against Russia, and armed anti-Russian forces in Ukraine. He threatened the DPRK with nuclear annihilation while imposing more crushing sanctions against its people. He used familiar WMD accusations against Iran to justify ever more inhumane Iran sanctions, in addition to the other ways he’s antagonized the country. He started a trade war with China while escalating the proxy war against China’s internal stability, and while continuing the military buildup in China’s surrounding regions.

Building upon the Obama administration’s absurd claim that Venezuela poses a “national security threat” to the U.S., the Trump administration has also concocted a series of narratives that it uses to justify its destabilization campaigns and military threats against the country. After the Red-baiting tactics and the disinformation about Maduro being a “dictator,” the White House has fabricated a series of drug-related crimes and used them to indict Venezuela’s top leadership. Now they’re accusing Maduro’s government of a “narco-terrorist” plot to flood the U.S. with cocaine, and they’re sending navy ships to Venezuela as part of a new plan for overthrowing the Chavistas.

Like the anti-Russia sanctions, the pronouncement from Washington that Juan Guaido is the true president of Venezuela, or the drone murder of General Soleimani, these actions are ultimately helping make the U.S. more isolated and ineffectual. To further its current Venezuela regime change project, Washington is tightening sanctions and cutting Venezuelans off from the resources they need amid the Covid-19 crisis. Washington is also increasing its resource blockade against the people of Iran, and it hasn’t halted any of its other sanctions. In response to this atrocity, eight countries have called upon the U.N. to make the U.S. halt its economic warfare operations, and America’s reputation will no doubt be further harmed by its actions during this pandemic.

Like is the case for the idea of an invasion of Iran, which would require bringing back the draft, invading Venezuela isn’t a very safe option at this point in America’s imperial decline. It would require a military commitment on the same level as Iraq, and it would cause far more damage to America’s global influence and military capabilities. Being mired in Middle Eastern conflicts that have arisen because of its reactive late-stage imperialist war campaigns from the last two decades, the U.S. doesn’t want to further spread its resources by trying to militarily overthrow another government. This notably wasn’t the case only nine years ago, when the U.S. invaded and overthrew Gaddafi.

With this phase in the decline of U.S. imperialism, American militarism more than ever matches Eco’s depiction of fascist militarism. Trump’s America is obsessed with military might, stamping out socialism, and crushing its enemies, yet largely as a result of Washington’s own belligerence the country is rapidly losing its former power. China, Russia, Iran, the DPRK, Assad, and Chavez are portrayed as weak compared to America, yet with each year they and their allies gain more of an upper hand.

This does not mean the U.S. and the other fascist countries are no longer a threat to the world’s colonized and exploited people. In the coming years, these countries will use all available tools for fulfilling fascism’s ultimate goal, which is to protect capitalist interests. They’ll continue to carry out genocide for the sake of corporate power, enact police terror against the populace, increase wealth inequality through privatization and austerity, and carry out coups and invasions at every opportunity. The extent of their remaining reach was demonstrated with last year’s U.S. coup in Bolivia, where the new fascist government is ethnically cleansing indigenous people, privatizing essential services, and opening the country’s lithium up to corporate oligarchs like Elon Musk.

Yet when Eco proclaimed that all fascist governments are destined to lose wars, he didn’t mean that they’re incapable of succeeding in any attempts at conquest. He meant that their hubris makes them inevitably prone to getting into some conflicts that they can’t win. Such is the nature of all empires, which are bound to win many wars but are also bound to lose others. Even in the first several decades after World War II, when the U.S. empire was reaching its height, it experienced two great defeats by failing to keep the DPRK and Vietnam from remaining communist.

In those moments, we saw American militarism take on the desperate nature that would ultimately come to define it. The communists of Vietnam and the DPRK had both made the fascists lose. This is why in an address to the leadership of socialist Korea, the Black Panther Party leader Eldridge Cleaver said that “the BPP joins hands with the 40 million Korean people in our common struggle against our common enemy- the fascist, imperialist United States government and ruling class. Comrade Kim Il Sung is the most relevant strategist in the struggle against U.S. fascism and imperialism in the world today and he has put the correct tactical line for the universal destruction of fascism and imperialism in our time.”

To replace the system of the fascists, we must stand in solidarity with those resisting imperialism while working towards socialist and anti-colonial revolution. In this effort, it’s still useful to apply the resistance strategy that Kim Il Sung put forth, which is Songun. Songun is a doctrine of “military first,” stating that in order for the revolution to protect itself from the inevitable violent attacks of the imperialists, an armed and trained proletariat must exist unconditionally.

This practice of sufficiently arming and training the revolution’s members should therefore be followed by all who resist capitalism and imperialism, from those within the Chavista movement’s militia to the members of the revolutionary organizations in the United States. In addition to building the movements and institutions for socialist and anti-colonial revolution, we must equip ourselves for when the fascists turn their war against us.