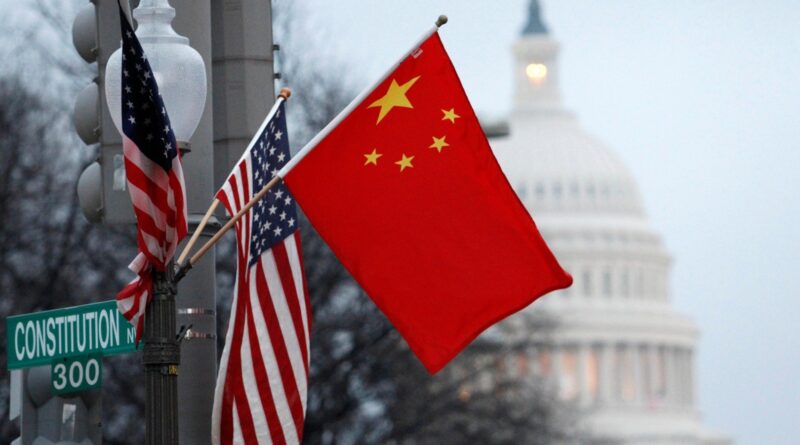 Relations between Beijing and Washington are “at a standstill,” said Chinese Vice Foreign Affairs Minister Xie Feng during a visit to China by the US undersecretary of state.

On Monday, July 26, Beijing accused Washington of wanting to turn China into an “imaginary enemy” to divert attention from their own domestic problems and to stifle the Asian country, reported Reuters.

“The US wants to rekindle a sense of national purpose by establishing China as an ‘imaginary enemy,'” Chinese Vice Foreign Affairs Minister Xie Feng was quoted as saying on state television during the visit by US Undersecretary of State Wendy Sherman, who arrived in China to participate in bilateral negotiations.

RELATED CONTENT: Explainer | What are the Hacking Accusations Against China?

“As if once the development of China is suppressed, the internal and external problems of the US will be solved and the US will become great again, and [its] hegemony will be able to continue,” the senior Chinese official added.

Xie also noted that relations between Beijing and Washington are “at a standstill,” adding that “serious difficulties” still remain to be resolved. In addition, the vice minister described the US as being “the inventor, patenter and owner of the intellectual property of coercive diplomacy” and described China’s countermeasures as legitimate.

On the other hand, Xie demanded that Washington lift sanctions and visa restrictions on Chinese students and members of the Communist Party of China and their families, and stop cracking down on Chinese companies. In addition, the vice minister called for an end to the practice of labeling Chinese media as “foreign missions,” and demanded the revocation of the extradition order for Huawei Technologies CFO Meng Wanzhou, reported the Global Times newspaper.

RELATED CONTENT: The West Projects its Own Crimes Onto China by Accusing it of ‘Genocide’ and ‘Colonialism’

On Sunday, Wendy Sherman arrived in the northern Chinese city of Tianjin for a two-day official visit. She is expected to meet with Chinese Foreign Minister Wang Yi later on Monday.

Previously, the US Department of State declared that Sherman’s visit was carried out “from a position of strength and solidarity.” For his part, Wang Yi said on Saturday that Beijing would give Washington a “tutorial” on how to treat other nations equally if necessary. “There has never been a country in this world that is superior to others, nor should there be, and China will not accept any country that claims to be superior to others,” the foreign affairs minister said.

In turn, political analyst Adrián Zelaya does not expect substantial changes in US policy towards China, nor in bilateral dialogue. “What we can see is a slight variation in the positions, within a larger framework of hostility,” he told RT. Zelaya suggested that one of the reasons for this standoff is that the corporate elite of the North American country “interprets any progress in the negotiation as weakness.”